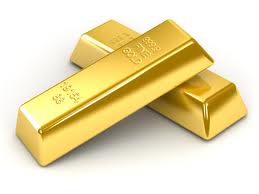 Can they? Then they are.

For many years now, a meme has been floating around that the prices of gold and silver are being manipulated, which is to say suppressed, by various powers of darkness. This is not an unreasonable assertion. After all, the last thing the monetary powers-that-be want is to see is the price of gold skyrocketing. That would serve as an alarm bell, possibly panicking people all over the world, telling them to get out of the dollar. It's assumed, by those who believe in the theory, that the US Treasury is behind the suppression scheme, in complicity with a half-dozen or so large bullion banks that regularly trade in the metals.

The assertion is bolstered by the fact that governments in general, and the US in particular, are always intervening in all kinds of markets. They try to control the price of wheat and corn with various USDA programs. They manifestly manipulate the price of credit (interest rates), now keeping it as low as possible to stave off financial collapse. And they may well be active, through the so-called Plunge Protection Team, in propping up the stock market. They were largely responsible for the boom in property, through numerous programs and parastatals like Fannie Mae and Freddie Mac. Why, therefore, shouldn't they also be involved in the monetary metals? Central banks regularly intervene in (i.e., manipulate) each others' currencies. So it's not unreasonable to imagine they'd try to manipulate gold as well.

In fact, the US and other governments did try to suppress the gold price from 1961 to 1968 through what was known as the London Gold Pool. The US alone persisted in trying to do so until Nixon devalued the dollar and closed the gold window in 1971.

But if it was ever doable, that was the time. Although nobody knows exactly how much gold there is above ground, a reasonable guess might be six billion ounces. There was a possibility of controlling the price, in the days of the London Gold Pool, when there were only three billion ounces in existence and when all the gold in the world was worth only $105 billion ($35 x 3 billion = $105 billion).

Today, however, the value of the world's gold is around $10 trillion ($1,650 x 6 billion = $10 trillion), nearly 100 times as much. And governments own about a billion ounces, only 16% of it, whereas the last time they tried to control the price they owned about 1.1 billion ounces, which was about 35% of the world supply. And the governments, their central banks and almost all large commercial banks are bankrupt; they have vastly less financial power than they did in the days of the London Gold Pool. Why would they try to do something that's so obviously a losing game?

I'm not at all disinclined to believe tales of manipulation of markets by the state; I expect it, and as a speculator I relish it. But I like to see evidence for everything. And extraordinary claims demand extraordinary evidence. I've read the stuff these guys have written for years and have seen nothing but strident assertions and accusations. I'm completely willing to believe central bankers are capable of any kind of nefarious foolishness, but I'd like to see proof. I'm constantly reading assertions of how "the boys" come along at "precisely" 1p.m. or 2 p.m. or perhaps "precisely" 11:37 a.m. or 12:16 p.m. and, on a purely not-for-profit basis, decide to "smack down" the market for gold or silver or both. Meanwhile the market has been hitting new highs for a dozen years.

As you might imagine, I know most of the believers in the precious metals manipulation theories personally and am only a phone call or email away from those I don't know. And I'm curious. So I ask questions of these folks, who are generally intelligent, well informed and sophisticated. But I don't get answers that I find make sense. There have been readily identifiable reasons for other government manipulations in the past. It's obvious why a government wants low interest rates. It's obvious why they want high real estate and stock markets. But why – in today's world – would they really want to spend billions keeping gold (or especially silver) down? You'd think they might have tried to control the price of uranium when it ran to $140 a few years ago. Or perhaps the price of sugar when it ran to 28 cents last year; everybody uses sugar.

Despite the fact that gold can act as an alarm bell, few Americans – or anyone, for that matter – among the hoi polloi care or even know the stuff exists except as an academic matter. Suppressing the gold price is not only vastly harder but much less important than it was during the last market.

Q: Why do these banks (JPMorgan, etc.) even give a damn, in the first place, what the price of the metals might be?

The only reason that makes any sense is that they are acting as proxies for the US Treasury; the Treasury doesn't go into the markets itself. But does it direct a commercial bank to act for it to buy or sell gold? It might. But there's zero proof of any sort it's doing that.

These banks have no dog in the fight; they couldn't care less what the metals prices are and have no reason to try manipulating the market.

Q: Why has there been zero word from their traders about how stupid their bosses are for fighting a gigantic 10-year bull market? These guys all know each other, and they gossip with the same delight as teenage girls.

It's hard to keep a long-term illegal collusion a secret. Two parties might possibly be able to keep a secret. But six or eight commercial banks acting in broad daylight? It's said that three individuals can keep a secret, but only if two of them are dead. But for a half-dozen trading operations to do so? Wall Street is the world's greatest rumor mill. But there's never been a rumor (outside of those created in conspiracy circles, who offer no sources) that the bullion banks are acting, in concert or individually, as agents of Timmy Geithner.

Q: If, as alleged, these banks have been short gold from the bottom of the gold bear market at $255 in 2001 and the silver bear market at $4.25, also in 2001, how can they possibly absorb tens or hundreds of billions of losses? Did they expect to take the metals to a fraction of their 1971 lows?

Trading desks make mistakes. But they don't stay short in one of history's great bull markets – it's not the way traders earn bonuses. How stupid are the supposed "not for profit" sellers of gold supposed to be?

Q: Exactly where and how do they supposedly get the capital to cover these losses? Haven't they ever heard the old saw, "He who sells what isn't his'n must give it back or go to prison"? No bank can tie up billions in capital fighting the market for a decade.

Q: Exactly who originated this idea of trying to suppress prices using the futures markets?

Here a well-known writer on this subject suggested the following to me, via an email, when I asked: "The big commercials, starting some 25 years ago, discovered they could dominate the market and force technical traders in and out of the market when they wished at great profits to the commercials. But they miscalculated and stayed in too long, and now they are trapped."

I don't buy that explanation for several reasons. Of course the big guys, like commercials, are always bullying small speculators. The small guys use technical trading systems, which make it easy to figure out where they're buying and selling. Small traders are always minutes behind the market. And small traders usually use way too much margin, so they're prone to being squeezed and panicked. This has always been true, not just for the last 25 years. It's part of why small traders are notorious for losing. The commercials are typically on the other side of the trade.

But one thing is for certain: nobody (certainly not commercials) allows himself to get in so deep he's trapped for 12 years in one of history's greatest bull markets.

Q: Why fight the market, and get trapped, in just gold and silver? Why aren't they trying to suppress copper, platinum and palladium as well? For that matter, every commodity?

I don't credit the people who run central banks or national treasuries with a great deal of financial acumen; they're basically just political hacks, flunkies that went to "good" schools, dress well and like feeling important in a safe niche in the bureaucracy. But they don't want to lose their jobs by being that wrong for that long.

Q: Why would the US Treasury (if it's behind a gold suppression scheme) make things easier for the Chinese, the Russians, the Indians and numerous other developing countries by suppressing the gold price? They simply take advantage of the lower price to buy more.

The arguments for suppression of gold make very little sense when you examine them. The arguments for silver make absolutely no sense at all; it's a tiny market that nobody cares about except for silver fanatics, who treat it like a religious icon. That said, I'm at least as bullish on silver as gold – but a discussion of that will have to wait.

If anyone could answer these questions, I'd appreciate it. I advise readers to buy gold – even at current levels – but I'd like to see them do it for the right reasons. And it seems to me the arguments about gold manipulation are more redolent of religious belief than economic reasoning.

[For much more economic straight talk, from Doug Casey and 30 other great minds, including Rick Rule, John Mauldin, and David Stockman, you'll want to get the audio collection from Casey Research's recently held Recovery Reality Check Summit. Every presentation, every chart, and every actionable piece of advice – including specific stock recommendations – are included, making this set very likely to pay for itself and then some in short order. Order your set today – it's available as instantly downloadable MP3 files or on CDs.]