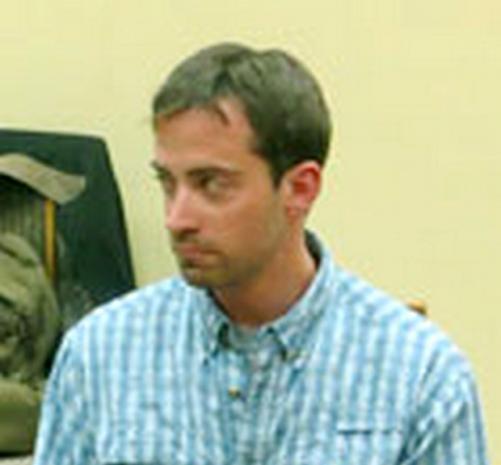 CIA agents operate most everywhere. They don't promote friendly relations. They're up to no good. Some pose as diplomats.

Diplomacy provides cover for why they're sent. Christopher Fogle was caught red-handed. He was assigned to Washington's Moscow embassy political section. He was third secretary.

A web site name search found no match. It's no surprise why. He was arrested, declared persona non grata, and expelled. He got off easy. He committed espionage. He should have been imprisoned.

The previous evening, Russia's Federal Security Service (FSB) said Fogle "was arrested while in the process of attempting to recruit a member of one of the Russian special services." No name was mentioned.

According to the embassy's political section, it "presents US foreign and security policy positions to the Government of the Russian Federation and interprets for Washington, Russia's major foreign, defense and security policies."

"Also, (it) analyzes and reports on significant events and trends in Russian domestic politics (elections, political parties, Kremlin-regional relations, media, human rights etc.) in so far as they affect Russia's relationship with the US."

In other words, it spies. It does so under cover of diplomacy. It's much like during Cold War days. Washington spends unknown sums doing it. Black budgets aren't revealed.

"While the CIA may place an agent or officer under official cover in any position, even ambassador, it is important to note that the section this particular agent was working in would have been responsible for whatever operations the US has connected to the recent Russian opposition and meddling in the elections processes in Russia."

When Fogle was arrested, FSB said he had technical devices, a disguise, a large stack of 500-euro notes (about $650 each), and Russian instructions for an intelligence agent he tried to recruit.

A photo showed him lying face down. His arms were pinned behind his back. Instructions apparently were in letter form. It was addressed to a "Dear friend," saying:

"This is an advance from someone who has been highly impressed by your professionalism, and who would highly value your cooperation in the future."

"We are willing to offer you $100,000 and discuss your experience, expertise and cooperation, and payment could be significantly larger, if you are willing to answer concrete questions."

It added that $1 million annually would be paid for longterm cooperation. Bonuses were promised for special information.

Instructions explained an anonymous Internet cafe gmail account - unbacggdA@gmail.com. Write to the address was said, wait seven days, and check for an answer.

The closing comment was: "Thank you for reading this. We are very anxious for the opportunity to be working with you in the near future. Your friends."

VOR said embassy undercover work is "old schoolâ€¦.(W)hat's interesting is the apparent desperation the CIA is operating under in attempting to obtain intelligence about Russia."

"Recently, the US intelligence community has repeatedly attempted to recruit employees of Russian law enforcement agencies and special departments."

These attempts were "recorded and passed to FSB Counter-Intelligence." It prevents widespread internal US meddling. It does so effectively.

On Wednesday, Russia's Channel 1 television aired comments from a man called an FSB officer. His identify was concealed. He said:

"Over the past two years we have been observing persistent attempts by the CIA to recruit employees of Russian law enforcement and security agencies."

"We asked our American colleagues to discontinue such disturbing practices with regard to Russian citizens. However, our requests were ignored."

He added that Russian counterintelligence knew Fogle was a career CIA agent the moment he arrived. He was closely monitored.

His foiled espionage mission wasn't his first. His amateurish disguise wasn't the first time he used one.

Other CIA operatives infest Russia. Its counterintelligence perhaps is on to their schemes. It's had decades learning how. Its Cold War adversary hasn't changed.

In last year's Russian elections, it alleged over 2,000 irregularities, including 900 in Moscow. Executive director Grigory Melkonyants claimed "massive serious violations." He was well paid to say it.

Michael McFaul is US ambassador. On May 15, he was summoned to Russia's Foreign Minister to explain. The previous day, he refused to answer journalists' questions. He faced tougher official ones.

At the same time, Moscow's Center for Political Information general director Alexei Mukhin believes Russian-US relations won't change much. "Despite being a very unpleasant incident," he said, "it is still more or an embarrassment."

He's likely right. Both countries know the other spies. Most nations do it. Key is not getting caught. Other issues take precedence. They affect normalized relations.

Sergei Magnitsky was a Russian attorney. In 2009, he died in police custody. His death drew international media attention.

He specialized in civil law. He did anti-corruption work. He uncovered evidence of tax fraud. He implicated police, judiciary figures, tax officials, bankers, and Russia's mafia.

He accused them of stealing around $230 million dollars in 2007 through fraudulent tax refunds.

Russia responded. The Dima Yakovlev bill was enacted. It imposes visa bans and asset freezes on US officials accused of violating the rights of Russian citizens abroad.

It prohibits US-sponsored NGOs from operating in Russia disruptively. It also targets US citizens associated with them. Another provision bans US citizens from adopting Russian orphans.

At issue is neglect causing harm or death. Dima Yakovlev was a Russian boy. His adoptive father's reprehensible negligence and abuse caused his death. He was acquitted on manslaughter charges.

Lax US adoption laws and follow-through procedures prevent knowing how other Russian orphans are treated.

Encircling Russia with US bases is major thorn affecting normalized relations. Militarizing North Africa, the Middle East and part of Eurasia breached GHW Bush's pledge to Mikhail Gorbachev not to do so.

Washington's promises aren't worth the paper they're written on. Russia understands well. At a time no nation threatens America, the Pentagon maintain a growing network of well over 1,000 global bases. Unknown secret ones exist.

Many are positioned near Russia's borders. Doing so is provocative and belligerent. So called missile defense systems and advanced tracking radar are for offense, not defense.

Friendly countries don't treat others this way. Doing so is fraught with risks. Russia knows it's targeted. US policy destroys trust.

In September, they'll meet again. The G20 summit is scheduled for St. Petersburg. Egg on Obama's face affords Putin more leverage. How things will play out remains to be seen.

Major bilateral and geopolitical issues must be addressed. On May 15, Russia Today (RT) headlined "Presidential post: Putin's response to Obama letter to be 'mailed' soon."

It bears repeating, American promises aren't worth the paper they're written on. The 2010 New Start treaty was deeply flawed. It reflected old wine in new bottles.

On May 15, he chaired a council of Russia's top military officials. Discussion focused on developing defensive missile systems. At issue is countering America's threat. It's a menace too great to ignore.

I disagree with you Stephen.  I am glad Russia simply gave him the boot and hope this 'caught spies getting tossed instead of imprisoned or shot' continues.

According to the Russians this guy's mission was information gathering via recruiting sources; specifically regarding the Boston Bombing-Chechnya connection.  Spying to gather intel is not an unworthy task---it helps confirm other intelligence gathering ("trust but verify") using your own people.   It is actually a stabilizing activity benefiting both sides rather than a malicious or destructive one.  When a foreign agent is detected they can either be fed info, observed, arrested or turned.