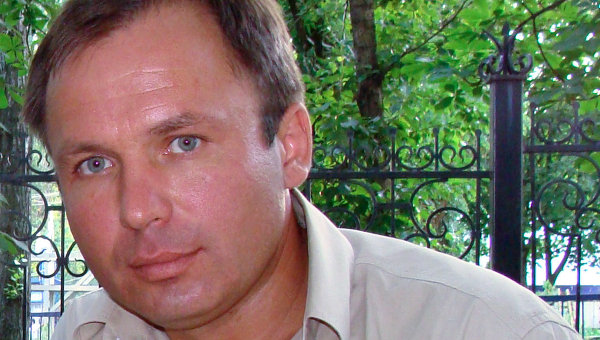 US Political Prisoner Near Death

Thousands of political prisoners languish in America's gulag. It's by far the world's largest. It's one of the most ruthless.

Injustice is longstanding US policy. Political targets are guilty by accusation. Long prison terms are commonplace. Rogue states operate this way. America is by far the worst.

He's "an aircraft pilot and aviation expert who transported thousand-kilogram quantities of cocaine throughout South America, Africa, and Europe."

"In his capacity as a pilot and businessman, (he) agreed to supply the aircraft, pilots, and crew that were to be used for shipments of cocaine from South America to Liberia, as well as from Liberia to other locations within West Africa."

He "understood that from Liberia, portions of this cocaine would subsequently be imported into the United States."

Justice Department officials claimed he was involved in "conspiracy to import more than $100 million worth of cocaine into the United States."

No evidence proves it. None whatever exists. Russia's Federal Drug Control Service investigated. It said Yaroshenko, his colleagues, family and friends had no involvement in drugs trafficking.

Yaroshenko was a legitimate commercial pilot/businessman. He was framed. He tried to get false charges dropped. He failed.

He cited "extreme government misconduct." It included "torture, brutal and inhumane treatment in detention." He believes DEA and CIA agents were involved.

In summer 2010, he was abducted in Monrovia, Liberia. He was taken to an undisclosed location. He was tortured, starved and sleep-deprived, he said.

He was threatened with rape. He was told his family members would be killed. He was extradited to America. Russian authorities weren't notified.

He issued a statement through his lawyer saying:

US "agents cuffed my hands and feet, which disturbed my blood circulation."

"The handcuffs and the shackles were linked with a short chain, which didn't let me draw myself straight."

"From the very first minutes of my capture, I tried to find out what was happening. I was telling them that I was a foreign citizen."

"I was asking for a call to the family or to the Russian embassy, but every time I was trying to say something, they would baton me in the stomach, on the head, on the genitals and on the feet. They were just telling me to shut up."

Yaroshenko was prosecuted, tried and convicted. On September 7, 2011, federal Judge Jed Rakoff sentenced him to 20 years in prison. Justice was systematically denied.

A previous article discussed him. He was victimized like Yaroshenko. He was falsely charged with arms trafficking, money laundering, and multiple counts of wire fraud.

US criminal injustice manufactures charges out of whole cloth. When no evidence exists, it's invented.

Prosecutors are ruthless. So are hanging judges. Jurors are intimidated to convict. Justice is systematically denied.

US Justice Department officials outrageously called Bout a "Merchant of Death" and "Lord of War."

He was framed. There was no plot, no crime or intent to commit one. He was entrapped and charged to appear otherwise. America's corrupt system works this way.

Boot ran a legitimate air cargo business. He operated legally. He was targeted in summer 2004.

He operated mostly in Africa and Eurasia. His business dominated areas he served. They conflicted with CIA objectives.

The Agency wanted him eliminated. They wanted full air transport control. They mischaracterized him as an illegal arms trafficker.

No evidence whatever proved it. No weapons existed. No money changed hands. It didn't matter. Boot's reputation was tarnished.

His business was destroyed. His life was irreparably harmed. He'll never be the same again. Russia tried unsuccessfully to help him.

Boot's rights were systematically denied. Thousands of others like him languish unjustly in US gulag hell. Yarashenko is one of many.

He was offered freedom in exchange for testifying against Boot. He refused to lie for Washington. He said evidence proving no involvement in drugs trafficking never was presented in court.

On February 14, Voice of Russia (VOR) headlined "Russia's Yaroshenko is critical in US prison, may die on weekend, lawyer."

He's "extremely dizzy." He's "unable to get up." He needs a proper cardiological examination. He needs what he's not getting.

"Despite all the symptoms of a heart attack, he will not receive medical aid until Monday. But Konstantin may not survive that long."

Monday is President's Day. It's a federal holiday. He'll be denied care at least until Tuesday. Prison authorities don't care if he lives or dies. Most likely they want him dead.

Yarashenko said he got only anti-flu pills. Medics won't see him for days at the earliest.

Thousands die annually in US prisons. Some do naturally. Others for lack of proper treatment. It's systematically denied.

It's third world when administered. It's appalling. Neglect is commonplace. Political prisoners are systematically abused.

He presented a demarche on behalf of Yaroshenko. It cited his deteriorating health. It said:

"The Russian side stressed that the United States authorities bore full responsibility for the life and health of the Russian national."

"We repeatedly drew attention to acute exacerbation of his chronic diseases, which progressed as a result of tortures he had been subjected to while being arrested in Liberia and because of the lack of proper medical assistance."

"Regrettably, nothing has been done to improve the situation."

Moscow's embassy said: "The Russian side called on the United States authorities not to hinder this mission and, instead, offer all possible assistance."

"We hope for a quick positive response of the American side, taking into consideration the humanitarian aspect of the current critical situation when a human life is in danger."

They include Putin's anti-imperial agenda. Conflicting views on Syria, Iran and Ukraine reflect it. So does granting Edward Snowden asylum.