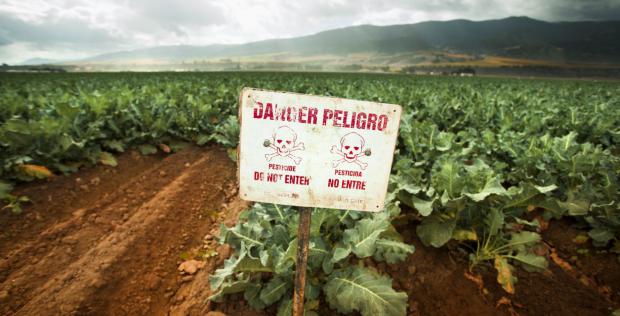 You are what you eat. The typical American diet is hazardous to good health.

According to Healthline, "the food we eat is now the nation's largest risk factor for disease," adding:

"We cannot keep feeding our bodies processed sh** and then act surprised when" affected by serious illnesses and diseases.

Some popular breakfast and other packaged US food products are laced with traces or greater amounts of carcinogenic glyphosate.

Most consumers are ignorant about harmful to health foods and ingredients they regularly eat. Regulatory and congressional laxity harms them, failing to keep America's food supply safe, serving the interests of agribusiness over human health and safety, letting them operate any damn way they please.

It quoted from Rachel Carson's essential to read "Silent Spring," saying in 1962 before GMOs, glyphosate and other widely used toxins existed:

"For the first time in the history of the world, every human being is now subjected to contact with dangerous chemicals from the moment of conception until death."

"These chemicals are now stored in the bodies of the vast majority of human beings, regardless of age. They occur in the mother's milk, and probably in the tissues of the unborn child."

"The testing and analysis was performed by Anresco Laboratories, San Francisco, an FDA registered laboratory that has performed expert food safety testing since 1943."

"The laboratory found that well- known products tested for glyphosate, Original Cheerios, for example, measured levels as high as 1,125.3 ppb."

"Other high levels of glyphosate were found in familiar products such as Oreos, Doritos, and Ritz Crackers, among 29 foods tested."

Lax US regulations allow what should be banned, what never should be permitted in food for human or animal consumption.

Undemocratic Dems and Republicans allow it. Any amount of glyphosate and other toxins is unsafe. Far too much is allowed in US processed and unprocessed foods.

Glyphosate is unsafe by any standard. Despite a California jury awarding $289 in compensation and punitive damages to non-Hodgkin's lymphoma plaintiff DeWayne Johnson, the herbicide is here to stay for now.

Justice Pesticides director Arnaud Apoteker isn't confident a European ban would follow a US one if ordered.

Only two lawsuits were filed in Europe so far. He called America "a much more legalistic society."

US Right to Know cited a study saying "Monsanto…poisoned the well by flooding the scientific journals with ghostwritten articles and interfering in the scientific process at multiple levels."

"This has enormously complicated the task of discovering the truth. If the company had confidence in the safety of its products, there would be no need for such behavior, but it is obvious that there are problems that Monsanto needs to conceal."

The company's products are hazardous to human health and the environment - why its name was too toxic to retain after merging with Bayer.