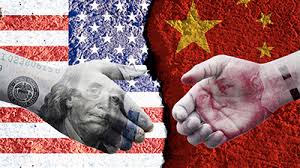 Sino/US Phase One Trade Deal Signing: Much Ado About Little?

The US aims to weaken China economically, financially, industrially, technologically and militarily, part of its Indo/Pacific strategy to dominate the region.

Beijing long ago agreed to much of what's included in the phase one deal. Negotiations could have been concluded in 2018 if the Trump regime accepted then what's agreed on now.

According to the South China Morning Post (SCMP), details of the deal weren't available in China for over eight hours after Wednesday's signing ceremony.

According to the official People's Daily broadsheet, the phase one deal "came 22 months after trade tensions flared between the world's top two economies in March 2018," adding:

Wednesday's signing ceremony temporarily "reduce(s) uncertainties that have dampened business investment moods in both countries and beyond."

Resolving the toughest issues lies ahead. China clearly won't bend to US interests at the expense of its longterm development goals.

Under terms of the deal, "China will increase imports of US agricultural products, and the US will gradually eliminate its tariffs on Chinese goods," the People's Daily explained, adding:

According to China Center for International Economic Exchanges vice president Wei Jianguo, both countries will likely "step on each other's feet" ahead, but further dialogue will follow the agreement reached.

The official Xinhua news agency said the phase one deal is only "a good start" in a dispute that's "longterm, complicated and arduous."

Wednesday's signing ceremony came at a time when the Trump regime is preparing new restrictions on Chinese telecom giant Huawei's access to US technology, along with pressuring Britain, Germany, and other European countries to distance themselves from the company.

"Due to the complexity of the negotiations, it remains to be seen whether the two parties can reach a second-stage agreement."

"If market competition rules such as subsidies are not agreed upon, economic and trade frictions may continue and affect the two countries and the international economy."

"Since the trade war started, the strategic mutual trust between China and the United States has retrogressed."

"Frictions and disputes in other areas have also occurred frequently. We need to prepare comprehensively for the complexity of Sino-US relations and long-term battle."

What both countries agreed to and what unfolds ahead may diverge greatly, depending on how major bilateral differences between both countries are handled and global economic conditions.

According to the US released phase one text, China agreed to buy increased amounts of US soybeans, oilseeds, beef, pork, grains, cotton, other agricultural products, as well as billions of dollars worth of US oil, gas, coal, nuclear power equipment, other manufactured goods, and services.

Beijing earlier said its imports will depend on internal needs. Its ruling authorities also have commitments with other trading partner nations they likely wish to maintain.

The US and China recognized the importance of establishing a legal system to protect intellectual property.

Both countries agreed not to engage in competitive currency devaluation.

US-based Public Citizen's Global Trade Watch is skeptical about how Sino/US trade will play out ahead, tweeting:

"Trump believes his phase one #China deal will yield great benefits for US farmers, producers and other exporters. But his deal may not amount to more than a hill of soybeans."

What's officially called "fully enforceable" may not turn out as expected.

The US and China are rivals, not partners. Growing prominence of other nations on the world stage conflicts with US geopolitical aims.

Its rage to dominate other nations, fueling distrust in Beijing and elsewhere, may be the greatest obstacle in the way of resolving major differences ahead.

Despite agreement on a phase one deal, major irreconcilable differences between both countries may remain unresolvable no matter how many more rounds of talks are held.