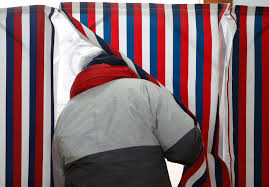 It's true under despotic rule and throughout the West, notably in the US since at least the early 19th century — election-rigging longstanding US practice.

Undemocratic Dems appear to be going all out to choose anyone but Sanders as party standard bearer in November.

What's going on so far appears similar to how the process was rigged for Hillary in 2016.

Even though his voting record is along party lines most often and may have a better chance to beat Trump in November than other Dems, party bosses and supportive media apparently don't consider Sanders safe enough to support continuity across the board if elected president.

The DNC handed Iowa to pro-war/pro-business/anti-progressive political nobody Pete Buttigieg, depriving Sanders of the process he won.

A pre-Iowa NYT/Sienna College poll showed Sanders ahead of the pack by seven points. Yet Buttigieg was declared the winner.

One or two more weak showings in upcoming primaries could doom his chance altogether.

From what happened so far, Buttigieg may be the choice of Dem party brokers.

According to Real Clear Politics, based on an RCP average over the Jan. 15 - Feb. 9 period, Sanders beats Trump by a 4.3% margin.

The reliable Quinnipiac poll gives him an 9-point advantage.

The RCP average gives Buttigieg a one-point advantage over Trump.

It's a long time from now to November, but if the above numbers hold through election day, do they show that Dems prefer Trump's reelection to a Sanders presidency — Buttigieg less likely to defeat him?

Or will multi-billionaire Mike Bloomberg jump to the front of the pack in heavily self-funded upcoming primaries?

Greater clarity will be known on who's ahead and who dropped out after March 3 Super Tuesday results.

Delegates from 14 states are up for grabs, including California Texas with 756 delegates between them — 2,376 needed to be nominated, including 771 so-called super-delegates if they get to vote.

Chosen by party bosses, they include congressional Dems, governors, former presidents and vice presidents, along with local party leaders.

Super-delegates enter the picture if no candidate wins 1,990 on first ballot national convention voting in July — allowed to vote in subsequent ballots to assure party bosses get the standard bearer of their choice, clearly not Sanders.

His only chance to be nominated is by winning a majority of delegates before super-delegate votes eliminate him from contention.

Yet rigging cost him Iowa. Not rigging enough gave him a narrow New Hampshire victory.

If the same pattern holds ahead, his candidacy is doomed, notably if super-delegates vote in July, what's most likely.

Democracy in America is for the privileged few alone, the real thing nonexistent from inception.

President John Adams said the country should be run by the rich, well born and able.

First Supreme Court chief justice John Jay was more explicit, saying the nation should be run by the people who own it.

That's how it's always been. Ordinary Americans have no say over governance at the federal, state and local levels — especially under duopoly rule, a one-party system with two right wings.

In The Bubble: Trump's Presidency Reveals 7 Undeniable Facts About The Swamp

The Trouble with Iowa is US Fantasy Democracy