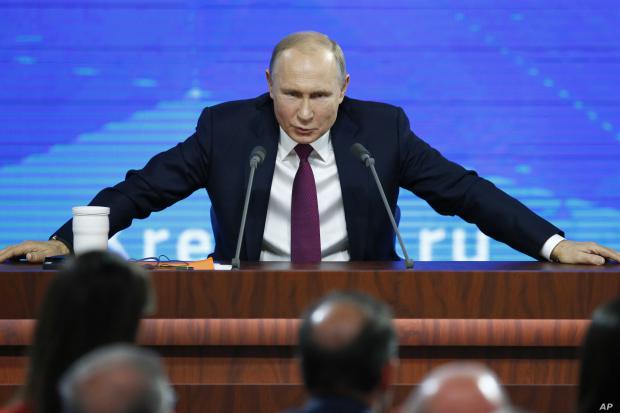 "They are shelling nearby cities, including Aleppo, and are using drones to attack the Russian air base at Khmeimim."

"As a result of this, 150 civilians have been killed and 300 injured over the past month."

"Syrian military casualties include over 400 dead and over 900 wounded."

"We believe that this aggravated situation is rooted in Turkey's neglect for its obligations under the Sochi Memorandum signed on September 17, 2018 and the fact that Ankara (supports jihadists in) northeast Syria…"

Russia remains committed to defeating these jihadists while working on trying to resolve endless conflict diplomatically.

It's been unattainable because the US, NATO, Turkey, Israel, and the Saudis wants endless war continued, regime change their objective.

The Erdogan regime's aims are polar opposite, why bilateral differences on Syria are irreconcilable.

MZ: ISIS and other terrorists infest "other parts of Syria (as well), including east of the Euphrates."

"We see the revitalization of sleeper cells there, contrary to the declarations on the routing of ISIS issued by the United States and its allies" — supporting this scourge, not combatting it.

"The terrorists stage regular violent attacks on Kurdish units and are doing their best to damage basic infrastructure in other parts of Syria as well."

"On January 27, they attacked several oil storage facilities in the port city of Baniyas."

"On February 3, mortar attacks were launched against oil and gas facilities in Homs."

"Other destabilizing factors include the Israeli strikes on Syria."

"Such unilateral actions are infringing on Syria's sovereignty and are putting at risk the lives and safety of civilians."

"This happened on February 6, when a civilian aircraft carrying 172 passengers barely escaped destruction during Israeli airstrikes."

Syrian civilians are in harm's way whenever Israel terror-bombs sites in the country.

Commenting on remarks by longtime pro-war/anti-peace Joe Biden about "no possibility" to unite Afghanistan, "no possibility  at all of making it a whole country," ignoring his support for endless war against all nations the US attacked, once saying "(w)hatever it takes (in Afghanistan), we should do it," MZ said the following:

His remarks "did not surprise the Russian side. US leaders claim that they have been fighting terrorism in Afghanistan for over 18 years as well as building a democratic Afghan state (sic)."

"As we know, Washington has failed to achieve any of these goals. In this context, Joe Biden's words should be understood as an open admission by the US establishment of its powerlessness in these matters and the failure of its Afghan campaign, as the Russian side has repeatedly stated."

"(T)his once again confirms that the United States and its allies have exhausted the limits of their presence in Afghanistan."

"It is high time to withdraw the international military contingent from the country."

"The people of Afghanistan themselves should sit down at the negotiating table and determine the destiny of their own state because no one else can do this for them."

There's virtually chance of the US withdrawing from Afghanistan or its other war theaters. Its forces came to stay.

The only way to change things is by driving them out.

At the same time, the Pentagon may be willing to withdraw forces from some parts of the country, not others — notably not where new bases were built in the Kurdish north, nor from its largest Ain al-Assad base, saying withdrawal from it "is out of the question."

The US came to Iraq, Syria, Afghanistan, etc. to stay, permanent occupation planned.

It has everything to do with imperial conquest and control — why resisting the hostile US presence and driving its forces out is the only viable option.

On Friday, Trump claimed "there's a good chance" to strike a deal with the Taliban. Similar earlier remarks before proved false.

The Taliban and vast majority of Afghans want US occupation ended, what bipartisan hardliners, the Pentagon and CIA won't agree to.

The notion that US forces and Taliban fighters agreed in principle to reduce violence, according to US war secretary Esper, is more illusion than reality, falsely saying:

A "seven day reduction in violence" could lead to a peace deal that ends over 18 years of war.

The Taliban want nothing less than a full withdrawal of Pentagon and allied forces from the country — what the US never agreed to before and clearly won't ahead, regardless of what it claims publicly or privately.

Its pledges are hollow, breached time and again, why its officials can never be trusted — no matter which right wing of the one-party state runs things.

US aggression in Afghanistan began on October 7, 2001 — unjustifiably justified by the 9/11 mother of all false flags.

Fighting continues with no prospect for resolution as long as permanent occupation of the country is hard-wired US policy — the way things are today.