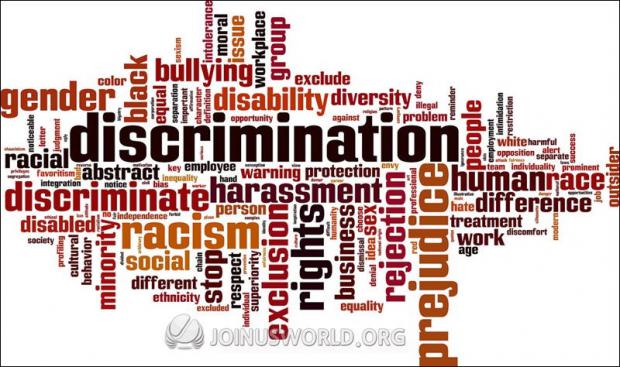 Blowback Against US Culture of Racist Inequality and Injustice

From inception, the US has been and continues to be a culture of racist inequality, injustice, and violence.

Notably how it is today, brute force is directed at invented enemies abroad and internally against the nation's most vulnerable, especially people of color.

The FBI, border patrol, DEA, ATF, intelligence community, state and local police serve and protect the US privileged class exclusively at the expense of most others.

Black Americans, immigrants from the wrong countries, and Muslims are abused most of all — mistreated like 5th column threats, their fundamental rights denied.

The US spends as much or more than the rest of the world combined on global militarism, belligerence, and enforcing homeland police state harshness.

Tinderbox conditions exist, notably at a time of state-sponsored indifference toward public health and welfare during economic collapse conditions — with around half of working-age Americans either unemployed or working reduced hours for less pay and few or no benefits.

Tens of millions lost healthcare coverage, essential at all times, notably when public health is jeopardized like now — the US ruling class doing almost nothing to change what's intolerable.

Policies at the federal, state, and local levels are directed at serving wealth and powerful interests at the expense of the public welfare.

On March 14, 1933 in his first inaugural address, Franklin Roosevelt noted that "millions of families trying to live on incomes so meager that the pall of family disaster (hung) over them day by day...one-third of the nation ill-housed, ill-clad, and ill-nourished."

The reality of the above is more severe today than then — with no Rooseveltian leadership to address it in the United States of I Don't Care.

Two Americas exist, a nation of extremes comprised of its privileged "haves" and great majority "have-nots."

Instead of government serving everyone equitably, wealth and powerful interests never had things better at the expense of exploited millions at home and abroad.

Conditions for most Americans today are the most dismal in modern memory.

They're worsening, not improving, because of indifference toward public health and welfare by the nation's ruling class.

Is it any wonder that protests erupted nationwide? If George Floyd's killing by a Minnesota cop hadn't sparked what's going on, it would have been something else.

What can't go on forever won't. Pre-1980s, new generations of Americans had greater employment opportunities than earlier ones.

Today they have increasingly less, notably since the neoliberal 90s.

Both right wings of the one-party state support the notion that Americans can have whatever they want — based on the ability to pay.

They're complicit in waging war on social justice, eroding it toward eliminating it altogether so the nation's resources can be freed up for endless wars on humanity at home and abroad, along with near-open-ended handouts to corporate America.

US presidents and congressional leaders front for the nation's monied interests, together comprising its criminal class.

Along with Wall Street, the Pentagon, Big Pharma, Big Oil, and other corporate favorites, the nation's ruling class is at war on peace, equity, social justice, the rule of law, and other democratic values — notions they abhor and tolerate nowhere, especially not at home.

Brute force is their method of operation, the only language they understand.

Are days of street protests nationwide, an expression of pent up public rage over long festering inequality and injustice, inevitable blowback demanding redress?

What's going on is the only way to get their attention.

Addicted to endless wars on humanity, along with increasing homeland tyranny for unchallenged control, the only chance for positive change is by taking to the streets, expressing rage against an intolerable system, staying the course, and accepting nothing less than transformational change for the better.

Is what never before occurred in US history possible?

Clearly not by the ballot box. If elections produced peace, equity and justice, they'd be banned.

When held, they're farcical, results always the same under current or new management.

A whole new order is needed, including a revised Constitution.

Jefferson urged revisiting and rewriting the nation's founding document every 20 years to keep it current to the times — his advice not followed, 27 amendments alone when much more is needed.

That aside, the dismal state of the nation under its autocratic, plutocratic, anti-democratic, increasingly tyrannical ruling class proves that the only solution is popular revolution.

Nothing else can produce positive change.

Though it's highly unlikely that ongoing protests nationwide are the start of something big with staying power for transformational change, they may be a precursor of a more powerful movement ahead.

If abuses of power continue and worsen long enough, the way things are in the US, public rage could boil over in unprecedented fashion, perhaps enough to be unstoppable.

People have power when they use it. Challenging authority works by storming the barricades for positive change, sustaining efforts, and not quitting until objectives are achieved.

While it's highly unlikely to come now, maybe some day.

"It's the only thing that ever has."

It never comes top down, always bottom up.

"Since the 1970s, everything has gotten worse and worse. Poor people" in the US have been "humiliated" and "shut up."

US ruling class members are "crazy. (T)hey're also evil. And they will be evil because they are greedy."

"We have to be noisy, and difficult and ungovernable," what she called "dissensus…mass defiance," sustained mass protests.

It's the only way to get their attention. Nothing else can.