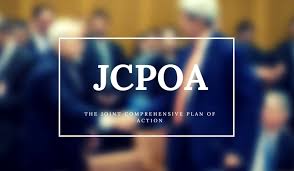 The landmark deal was adopted after years of negotiations between Iran and P5+1 countries — the US, UK, France, Germany, China and Russia.

It was affirmed in October 2015 — 90 days after passage of SC Res. 2231, making it international and US constitutional law.

The agreement became effective on January 16, 2016.

Iran by far is the world's most heavily monitored nation by the nuclear watchdog IAEA.

The Islamic Republic is in full compliance with JCPOA provisions.

Its legitimate nuclear program has no military component. No evidence ever suggested otherwise.

Its ruling authorities are in the forefront of seeking a nuclear-free Middle East, ideally a world free from these WMDs — able to end planetary life if unleashed in enough numbers.

Israel is the only regional nation that's nuclear armed and dangerous, allowing no inspections of its clandestine facilities at numerous sites.

In return for agreeing to and observing JCPOA provisions, Security Council sanctions on Iran related to its (legitimate) nuclear operations were ended.

The Trump regime wants them reinstated.

A SC 2231 provision calls for ending the UN conventional arms embargo on Iran in October.

Last May, Pompeo said the Trump regime "will exercise all diplomatic options" (and dirty tricks) to extend it indefinitely — part of its unlawful "maximum pressure" on Iran.

Its policies toward Tehran have nothing to do with US, Western, or global national security concerns.

What's going on has everything to do with wanting the Islamic Republic weakened, isolated, and transformed into a US vassal state, wanting control over its vast hydrocarbon resources.

It's also about wanting Israel's main regional rival neutralized — risking possible war ahead against a nonbelligerent nation threatening no one.

It would also be madness against a country able to hit back hard against US regional forces and Israeli targets with precision accuracy and destructive power in self-defense if attacked.

The Trump regime wants dirty business as usual maintained against Iran by SC action — reimposition of UN sanctions, or dirty tricks if this option fails.

Last May, Trump regime envoy for regime change in Iran Brian Hook said "one way or another, the US will ensure (that the conventional arms embargo) remains in place," adding:

If action through the Security Council fails, "the US (intends) to renew the arms embargo by other means."

Trump regime policies toward Iran aim to make its economy to scream, wanting maximum pain and suffering inflicted on its 84 million people, along with policies to isolate the country on the world stage.

Since its 1979 revolution, virtually everything the US threw at Iran to recolonize the nation failed.

Its ruling authorities proved resilient against US war by other means.

Nothing ahead suggests US hardliners will be any more successful ahead than earlier.

The Islamic Republic and its people are proudly independent of US control and intend staying this way.

Last May, President Hassan Rouhani said "Iran will give a crushing response if the arms embargo on Tehran is extended. Iran would never accept the extension of an arms embargo."

Months earlier, Foreign Minister Zarif warned that Iran will withdraw from the Nonproliferation Treaty (NPT) if unacceptable nuclear-related sanctions are reimposed by the Security Council.

By unilaterally withdrawing from the JCPOA in May 2018 — breaching international and US constitutional law — the Trump regime has no legal standing to use the Security Council or international courts to impose its will on Iran with regard to the nuclear deal.

"The rights that accrue to participants in the UN Security Council resolution are fully available to those participants" — the US not one of them.

No legitimate international tribunal would uphold his position.

Hook earlier tried having things both ways, in March saying "we're out of the (JCPOA) deal," adding:

Then weeks later, he falsely claimed that "(f)or the purpose of resolving (JCPOA) issues…we have certain rights that are clearly there, and there's no qualification (sic)."

E3 countries Britain, France and Germany (along with Brussels) oppose continuation of the conventional arms embargo on Iran past its October expiration date.

It's unclear if it'll bend to US interests on this issue as it does time and again on countless others.

E3 countries breached their JCPOA obligations by failing to uphold its provisions, greatly jeopardizing the deal's survival — despite efforts by Iran, Russia and China to preserve and protect it in its current form.

Iran vowed it'll not accept changes to what took years to agree on, approve, and codify into international law.

It has the rule of law on its side in supporting its position, along with Russia and China.

The EU cannot be relied on to uphold international law, what time and again it breached in cahoots with the US.

Whether EU foreign policy chief Borrell's earlier remark holds up remains to be seen, saying Europe no longer considers the US part of the JCPOA, and therefore has no say on it regarding the position of Iran or its other participants.

It's "unequivocal" that the US no legal authority to demand an Iran arms embargo extension or use the snapback mechanism for the Security Council to reimpose nuclear related sanctions.

"It is impossible for the US to (legally) invoke the snapback mechanism because a country that is no longer a member of a treaty and has withdrawn from it, cannot refer to dispute mechanisms within it," adding:

Under JCPOA Article 27, paragraph 3, "the US has no right to participate in Security Council (JCPOA) voting."

It lost the right by unilaterally and unlawfully withdrawing from the agreement.

I highly doubt that geopolitical know-nothing Trump understood the ramifications of his action — no doubt pressured by hardliners surrounding him to take, breaching international and US constitutional law.

"Don't believe the hype: Iran triggered JCPOA DRM (Dispute Resolution Mechanism) on at least 6 occasions (in ref to US AND E3 violations)," adding:

"I will be publishing all my (DRM) letters shortly."

It triggered the DRM because E3 countries and Brussels failed to fulfill their JCPOA commitments — since the Trump regime unlawfully withdrew from the JCPOA in May 2018.

Borrell acknowledged Iran's concerns. So did Russian envoy to the IAEA Mikhail Ulyanov.

At the time, Russia and China alone opposed what warranted no support.

Adopted by a 25 - 2 margin, 7 nations abstaining, most BoG members yielded to Trump regime pressure — based on the myth of an Iranian nuclear threat that doesn't exist.

Looking ahead, it's unclear if the JCPOA can be saved.

With the Trump regime going all-out to kill it, preservation of the landmark agreement is very much in doubt.

Senior advisor to his presidential campaign Jake Sullivan shifted his view on Iran from "unilateral US sanctions will not work" to not lifting them "without assurances from Tehran (sic)," adding:

"The Iranians will have to get more realistic (sic)."

"It is simply impractical to think that the United States will provide significant sanctions relief without assurances that Iran will immediately begin negotiations on a follow-on (JCPOA) agreement that at least extends the timelines of the deal and addresses issues of verification and intercontinental ballistic missiles (sic)."

Biden advisor Anthony Blinken said the presumptive Dem nominee will use the JCPOA "as a platform to try to build a stronger and longer deal working with (US) partners," adding:

E3 countries and Brussels are "likely to join us in trying to curb other actions by Iran that we find objectionable."

There's nothing "objectionable" about legitimate Iranian national security concerns — given militant US and Israeli hostility toward the country.

Under the UN Charter and other international law, the right of self-defense is inviolable.

"Iran, a country without nuclear weapons, is threatened with atomic annihilation by…warmonger (Israel) standing next to an actual nuclear weapons factory."

The same threat applies to the US.

No Iranian ballistic or other missiles are designed to carry nuclear warheads. No evidence suggests otherwise.

Its missile development, testing, and production comply fully with SC Res. 2231 and other international law.

Demands by Trump or Biden if he succeeds him in January have no legal validity.

If pushed too far, the JCPOA may be doomed — a hugely dangerous development if things turn out this way ahead.