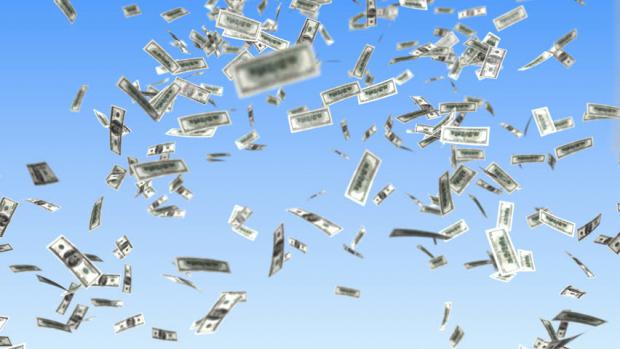 He compared today's USA to "the decadent stage of the Roman Empire, or of Louis XVI's France, or the dying days of the Habsburg Empire," adding that it's not just Trump.

Corporate power and concentrated wealth today is far more extreme than a century earlier. So are super-weapons making long ago ones seems like toys by comparison.

"Decadence is usually understood as an irreversible condition — the last stage before collapse," said Straub.

Yet he ignored advancing tyranny in the US, its endless wars on humanity, its rage to dominate other nations by brute force if less extreme tactics fail to achieve its objectives.

Decadence and depravity when combined with a drive for unchallenged hegemony threaten unthinkable global war, potentially with weapons of mass destruction.

Will imperial USA unravel in similar fashion to other long-gone empires or will it kill us all in an attempt to prevent its demise?

Over time, its diabolical agenda alienates allies and hardens resistance among nations on its target list for regime change.

His "regime (is) running the…risk (of) plunging the world into war with its hegemonistic belligerence in general and escalating provocation of China in particular."

The same goes for its hostility toward Russia, Iran, Venezuela, other nations it's hellbent to transform into client states, and the vast majority of Americans who are exploited, not served.

The problem isn't Trump. It's the dirty US system that's too debauched to change, its decadence and depravity worsening over time.

Dems and Republicans, share guilt, one party with two right-wings, hostile to peace, equity, justice, and the rule of law.

Calling it "beyond appalling in its ignorance and Sinophobia," he compared his militant hostility toward China to self-serving/self-destructive communist witch-hunter Joe McCarthy.

McCarthyism in new form is back with a vengeance, targeting all nations free from US control and their leadership — notably China, Russia and Iran, nations able to hit back hard if attacked aggressively by the US.

China is US public enemy No. One because of its rising prominence on the world stage, Russia and Iran close behind.

Attacking them would be madness. Yet what's unthinkable is possible because of US rage to control other nations — peace, stability and mutual cooperation considered heresy by its ruling class.

Its ordered closure and takeover of Beijing's Houston consulate based on Big Lies pushed US war on China by other means "to a new peak."

The world community understands how belligerent USA operates. It bears full responsibility for unacceptable provocations against China and many other countries.

GT: Sino/US relations "are in freefall…(T)he line of defense on world peace is being broken…by Washington."

Will the world community, especially the West, break with hostile US policies, or will it risk potentially catastrophic global conflict?

Both wings of the US war party are going all-out to prevent Russia's Nord Stream 2 gas pipeline from becoming operational.

It's about 30% cheaper than US liquified natural gas (LNG).

According to the German broadsheet Welt am Sonntag, the Trump regime is using strong-arm tactics to bully European firms involved in the project to abandon it.

Pompeo threatened unlawful sanctions on firms unwilling to obey US orders to cease support for Russia's completion of the project.

They include France's Engie, Austria's OMV, the UK-Dutch company Royal Dutch Shell, along with Germany's Wintershall and Uniper.

US Dems are as militantly hostile toward Russia as Republicans.

On July 20, the Dem-controlled House passed an amendment to the National Defense Authorization (NDAA) Act.

It authorizes unlawful sanctions on companies providing vessels, insurance, port facilities, and Nord Stream 2 certification — on the phony pretext of an increased Kremlin grip on European energy markets, falsely claiming its detrimental to the security of countries that will benefit from Russian gas.

Moscow vowed to complete the project by yearend or early 2021 no matter what steps the US takes to try stopping it from becoming operational.

Its officials are furious about unacceptable Trump regime and congressional interference in Berlin's internal affairs.

The same goes for its industrial firms that want access to Russian gas.

Moscow is a reliable political and economic partner, the US a mortal enemy of all nations refusing to bend to its will — even at the expense of their own interests.

Endless US hostile actions against nations free from its control and its own allies by making unacceptable demands furthers its inexorable decline.

Like all other empires in world history, the US is heading for its dustbin because of its arrogance, endless wars by hot and other means, along with its stubborn refusal to change its wicked ways.