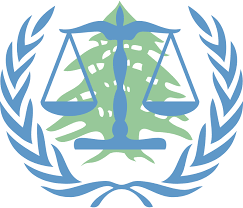 In May 2007, Security Council Resolution 1757 established the STL "on the outskirts of the Hague."

Five judges were involved in proceedings, Judge David Re presiding.

The STL's mandate was to "hold trials for the people accused of carrying out the attack of 14 February 2005 which killed 22 people, including the former prime minister of Lebanon, Rafik Hariri, and injured many others."

Proceedings begun on March 1, 2009 concluded with the STL's announced ruling on August 18.

Four wrongfully accused Hezbollah suspects were tried for the crime they had nothing to do with. See below.

"Accused Salim Jamil Ayyash (was found) guilty beyond reasonable doubt of all (nine) counts against him in the indictment (sic)."

"Hassam Habib Merhi, Hussein Hassan Oneissi and Assad Hassan Sabra (were found) not guilty of all counts charged in the amended consolidated indictment."

Charges against a fifth suspect,  Mustafa Badreddine, were dropped following his 2016 death.

All suspects were tried in absentia, their whereabouts unknown.

No evidence implicated Syrian or Hezbollah's leadership in what happened.

Yet Syrian forces based in Lebanon had to withdraw from the country because in the immediate aftermath of the incident, Damascus was falsely blamed for what it had nothing to do with — their removal a motive behind Hariri's killing, benefitting Israel.

In announcing the STL's ruling, presiding Judge Re called what happened on February 14, 2005 "a political act," adding:

"The trial chamber is of the view that Syria and Hezbollah may have had motives to eliminate Mr. Hariri and some of his allies (sic)."

The STL didn't consider the most obvious suspect with motive, opportunity, and ability to carry out what happened. See below.

No credible evidence suggested that Hezbollah members or Syrian nationals were responsible for the February 2005 incident.

In its ruling, the STL presented no evidence to suggest that Hezbollah, its members, or Syria wanted Hariri killed.

The STL's 2,600-page ruling (and 150-page summary) failed to provide "closure" by not pointing fingers where they belong, even though the responsible party for what happened wasn't on trial — that alone a gross miscarriage of justice.

In early August, I explained the following:

Israeli fingerprints were all over the powerful car bomb blast that killed former Lebanese Prime Minister Rafik Hariri and 20 others, scores more injured.

The blast left a 30-foot-wide/six-foot-deep crater. Syria, then Hezbollah, were falsely blamed for what happened, four Hezbollah members wrongfully tried by the STL.

Israel was responsible for what happened, targeted killings one of its specialties.

At the time, Hezbollah-intercepted Israeli aerial surveillance footage and audio evidence showed Hariri's route on the day of his assassination.

Syria and Hezbollah had nothing to gain from what happened. Israel clearly benefitted, including by false accusations against its enemies.

At the time of the incident, Middle East journalist Patrick Seale said "(i)f Syria (or Hezbollah) killed (Hariri), it must be judged an act of political suicide…hand(ing) (their) enemies a weapon with which to deliver (a destabilizing) blow."

Judgment by the STL failed to hold Israeli PM Aerial Sharon accountable for the high crime committed by his regime.

Throughout Jewish state history since May 1948, no Israeli political or military officials were ever held accountable for high crimes of war, against humanity, or other international wrongdoing too serious to ignore.

NYT Style Prostitution of the Press

No Reprieve from Economic Collapse in the US