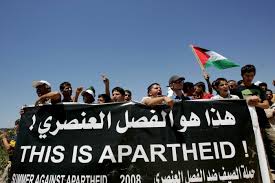 After the UAE announced this move in August, Hamas spokesman Fawzi Barhoum slammed what he called "a stab in the back of the Palestinian cause…serv(ing) only the Israeli occupation and crimes."

A Palestinian Authority (PA) statement condemned a deal that surrendered to Israeli occupation and planned annexation of 30% of West Bank territory.

Bahrain's announcement is another blow to Palestinian self-determination that's never been on the table for real because of strong US/Israeli opposition.

The move follows UAE announced normalization with Israel last month. Bahrain is tiny nation of 1.5 million people, home to the US Fifth Fleet.

The Al Khalifa monarchy is notorious for horrific civil and human rights abuses, imprisoning, torturing, and eliminating anyone challenging its dictatorial rule.

Human rights champions are most vulnerable. In early 2020, the London-based Bahrain Institute for Rights and Democracy (BIRD) provided hard evidence of systematic brutality against dissent by the regime, adding:

In response to the Khalifa regime's announced plans for normalized relations with Israel, Hamas official Maher al-Holy said "(w)e have to fight the virus of normalization and block all its paths before it succeeds to prevent it from spreading."

"The Bahraini, Israeli, American agreement to normalize relations is now part of a bigger package in the region."

"It isn't about peace. It is not about relations between countries. We are witnessing an alliance, a military alliance being created in the region."

Via Twitter, Bahrainis strongly denounced the announced move of their ruling regime.

"I'm proud of the people who fight injustice locally and have always stood with justice #Palestine. Bahrain is it's people, the regimes only represent themselves."

An opposition al-Wefaq party statement called announced Israeli/Bahaini normalization "a total betrayal of Islam and Arabism and a departure from the Islamic, Arab and national consensus."

"To the incredible, honorable people of Bahrain: we are overwhelmed & heartened by your support & solidarity. We never doubted your genuine commitment to Palestine. We love you."

Hezbollah condemned the "great betrayal" of the Palestinian people by the "tyrannical regime in Bahrain…a stab in the back."

Palestinian factions unanimously denounced the deal. So did Bahraini clerics.

In Gaza on Saturday, Palestinians burned images of Bahraini, UAE and Israeli leaders.

"The rulers of Bahrain will from now on be partners to the crimes of the Zionist regime as a constant threat to the security of the region and the world of Islam."

"Bahrain's shameful move sacrifices the Palestinian cause and decades of struggle...at the expense of the US election."

Turkey's Foreign Ministry called the announced deal "a fresh blow to efforts to defend the Palestinian cause (that) will further embolden Israel to continue its illegal practices towards Palestine."

Bahraini capitulation to the US and Israel against the Palestinian cause is another blow to regional peace and stability.

As usual, Trump got things backwards, falsely claiming that Bahrain's Friday announcement "is a historic breakthrough to further peace in the Middle East (sic)" in a joint statement with the Netanyahu and Khalifa regimes.

It's another blow to Palestinians and the Arab street — anti-regional peace and stability, not furthering it.

What The UAE-Israel Deal Really Means For The Middle East