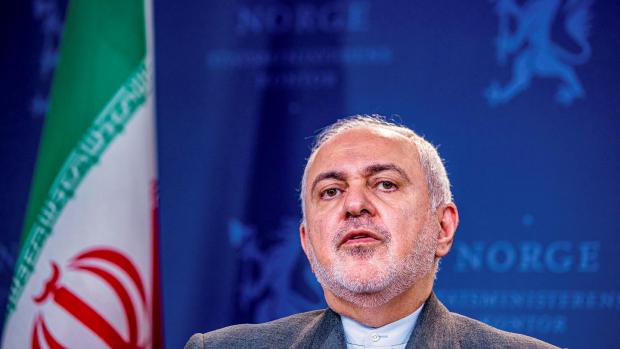 Separately during an interview with the establishment Council on Foreign Relations, Zarif stressed that the JCPOA is "very much alive" despite Trump regime efforts to kill it, adding:

The Security Council overwhelmingly showed the US (to be) "isolated in the world" on this issue.

The Trump regime "used power politics, used bullying in a (futile attempt) to destroy the deal."

"Now (Biden/Harris want) to use bullying to come back to the deal. So bullying" remains official US policy no matter which wing of the one-party state controls things.

"I want to see first the United States going back to its commitments, compensating Iran for its losses, and giving us guarantees that it won't do it again."

"The United States needs to find a seat at the table before it starts raising questions."

"While it was out of the room it tried to torpedo that room. It tried everything to destroy that room."

"Now if it wants to come back to that room, it has to rebuild the room, then enter the room, sit at the table, and then, as I said, prove your brotherhood before you ask" to get involved again.

"It decided to prevent others from implementing the JCPOA. And it's reaping the rewards now. It's as simple as that."

"We don't succumb to pressure," haven't since establishment of the Islamic Republic in 1979.

"Today we are celebrating the 40th anniversary of the beginning of the (US-orchestrated) Iran-Iraq war."

"You know everybody gave him all the weapons, even the Western countries gave him chemical weapons."

"Where is Saddam Hussein now and where Iran is now."

With Washington and the EU on opposite sides of the JCPOA, no way to split his allegiance exists, but he tried anyway, saying the following:

"(T)here would appear to be uncertainty (sic)" on whether or not the Trump regime imposed JCPOA-related "snapback" on Iran.

No uncertainty exists after Pompeo announced snapback on Saturday, effective the same day — defying world community sentiment on this issue and the rule of law.

Unlawful imposition of snapback sanctions came 30 days after Pompeo notified the Security Council that they'd be coming on September 19.

Guterres knew about them coming a month ago.

His letter to SC member states said the body "has taken no action subsequent to the receipt of the letter of the US secretary of state, (nor) have any of its members or its president."

Most SC members told its acting president that Pompeo's letter "did not constitute a notification (of) snapback."

SC presidents in August and September "indicated that they were not in a position to take any action in regard to this matter."

Therefore, "it is not for the secretary-general to proceed as if no such uncertainty exists."

He won't act in response to Washington's unlawful action, "pending clarification by the Security Council" on whether or not sanctions that have been lifted should be reimposed."

They were lifted when the JCPOA was implemented in January 2016 by SC Res. 2231, making the ruling binding international law that remains unchanged.

With regard to Guterres' failure to speak out against unlawful Trump regime actions in breach of the landmark nuclear deal and SC resolution affirming it, perhaps he needs reminding that everyone everywhere is free to express views on every issue.

The UN Charter also mandates that he "bring to the attention of the Security Council any matter which in his opinion may threaten the maintenance of international peace and security."

Because of US forever wars by hot and other means, these "matter(s)" exist daily, yet are ignored by Guterres and most of his predecessors, focusing instead most often on blaming victims of US-led aggression for high crimes committed against them.

He's also mandated to "uphold the values and moral authority of the United Nations, and speak and act for peace, even at the risk, from time to time, of challenging or disagreeing with those same member states."

Since taking office on January 1, 2017, weeks before Trump's inauguration, Guterres consistently breached his mandate in deference to US-led Western and Israeli interests.

It remains to be seen how UN member states, notably Security Council members, act in response to Pompeo arrogantly and unlawfully saying the following:

"If UN member states fail to fulfill their obligations to implement (its unlawful snapback) sanctions, the United States is prepared to use our domestic authorities to impose consequences for those failures and ensure that Iran does not reap the benefits of UN-prohibited activity (sic)."

The above remark is one of countless examples of US imperial arrogance.

On matters relating to the JCPOA, snapback, and the expiring arms embargo on Iran, the world community has an opportunity and mandate to slap the Trump regime down by establishing normal political, economic, and trade relations with Iran.

The UN secretary general is forbidden from supporting US JCPOA-related sanctions on Iran without Security Council approval which its members overwhelmingly rejected.