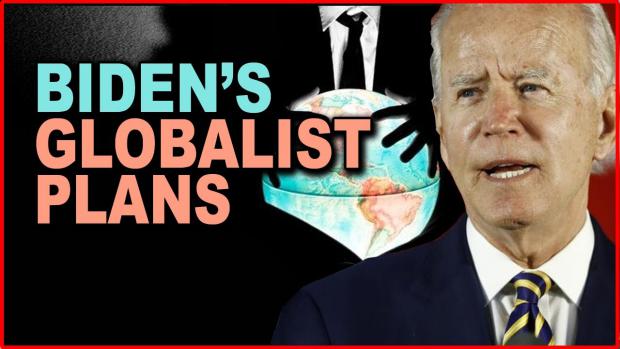 Biden a Corporatist, Militarist and Illegitimate President When Takes Office

Throughout US Election 2020 season, the NYT was a virtual Biden/Harris press agent — its daily editions used for advocacy, polar opposite news fit to print.

If inaugurated in January, the Biden/Harris regime will be illegitimate throughout their tenure.

Along with a near-half century of betraying the public trust, Biden today is too physically and mentally incapable of serving in any public office, clearly not the highest one.

On Thanksgiving eve, he — or more likely his double — delivered a pathetic address.

At a time of state-sponsored economic collapse — causing mass unemployment, impoverishment and deprivation — the NYT praised his mass deception instead of exposing it.

Saying he's "been spreading a message of unity…realism and hope" is all about shifting the narrative away from the hardest of hard times and election theft.

Ignoring reality as it's done post-November 3, the Times mocked efforts to expose and reverse brazen fraud that made losers Biden/Harris winners the old-fashioned way — by grand theft.

Mocking Trump as well, the Times described what's going on while he remains in office as "the last gasps of (a) side show."

Below are some of Biden's hollow Wednesday night remarks.

He, more likely his double, continued a policy of coverup and denial about made-in-the-USA covid and economic collapse.

Along with what dark forces responsible for rigging Election 2020 have in mind next year and beyond — the transformation of America into a ruler/serf society — Biden offered a fantasy scenario outlook.

It'll fade in the mist of day next year when mass deprivation hits harder than already.

The US ruling class isn't "at war" with covid and economic hard times. It unleashed both on an unsuspecting public.

"(W)e're all in this together" rubbish followed.

Biden family members have much to be thankful for every day of the year.

As privileged class members, they enjoy what the vast majority of Americans lack because the nation's ruling class exploit them while pretending to serve.

Americans indeed "deserve to hear the truth" — what Biden, other regime members, and press agent media won't ever deliver on issues mattering most to ordinary people.

Like always, they'll be fed a regular diet of Big Lies and mass deception, the Biden/Harris regime to continue an ignoble tradition.

Ignoring mass unemployment, hunger, and overall deprivation, Biden falsely claimed "we have much to be thankful for (sic)," adding:

"(L)et's be thankful for democracy (sic)…the right to determine…our government and our leaders (sic). The right to be heard (sic)."

There's nothing to be thankful for when hungry, jobless, and impoverished in a nation run by self-serving dark forces — Biden to serve their interests exclusively, along with his own, at the expense of ordinary people.

Election 2020 was stolen, made possible by perhaps the most brazen fraud in US election history.

That's the cold, hard reality of "democracy in America."

Never the real thing, the disturbing process this year likely exceeded the worst of previous US stolen elections.

Throughout his illegitimate tenure, Biden will be president-select — never the other way around.