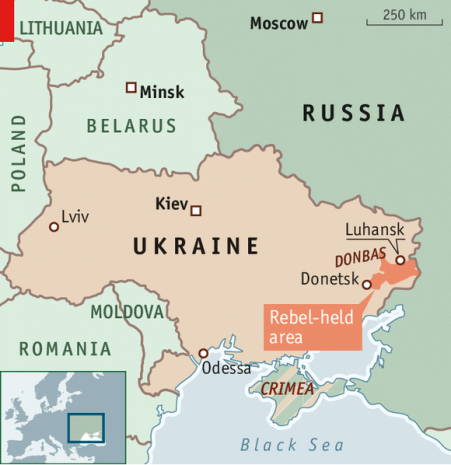 While the diabolical scheme was foiled by Belarusian security forces — Russia pledging aid if needed — the plot continues.

Police arrested "the last of the bastards," he said, adding:

"They were trafficking tons of weapons through (neighboring) Ukraine."

Arrested elements "were preparing terrorist attacks all over the country, and they had already begun carrying them out."

It's no secret that Kiev is smuggling weapons into Belarus for use in trying to topple its government.

The nation is used by the US as a platform for advancing its imperial agenda by hostile means.

Neighboring Poland and Lithuania are also involved in the US plot for regime change in Belarus.

Lukashenko accused Kiev of trying to export a "Maidan" to Minsk, a plot similar to what Obama/Biden staged in 2014 to transform democratic Ukraine into a fascist police state serving US interests.

According to Lukasheno, they were carrying weapons smuggled into Belarus from Ukraine.

And if our guys (I ordered all of them to be immediately presented with state awards) hadn't cracked them down, we would have had a" calamity.

When Biden/Harris replace Trump in January, the diabolical US plot to topple Lukashenko will likely continue, maybe escalate.

Similar incidents were conducted earlier in other parts of the country.

A police station was set ablaze in Mozyr.

Headquarters for the Soligorsk-based State Committee for Forensic Expertise was attacked by well-armed hooligans.

Commenting further on what's been going on, Lukashenko said:

"Recently we detained members of the Autukhovich group (and) opened all their channels" so it's known what they're up to.

They're plotting regime change in Belarus in ways similar to what happened years earlier in Ukraine — US dark forces behind what's going on, aided by its imperial partners.

Belarusian borders are now closed except for areas bordering Russia.

Lukashenko believes that some hostile forces are entering Belarus from the territory of its allied neighbor.

Efforts to destabilize Belarus failed. "The masks have been ripped off the puppets we have here."

"(T)he(ir) puppet masters are sitting beyond Belarus's borders" — in Ukraine, Poland, Lithuania and the US most of all.

"We should consider NATO statements about the development of some new strategic concept exactly in this context." ''

"(E)veryone understands whom and what it will be targeted."

Sergey Lavrov earlier said that  Collective Security Treaty Organization (CSTO) member states — that include Russia, Belarus, and six other regional nations — must defend their mutual interests from aggression when occurs.

Of greatest concern are made-in-the-USA plots against sovereign independent states in the region and everywhere elsewhere.

That's how the scourge of imperialism operates.

Damascus and Moscow Slam Escalated US Aggression in Syria