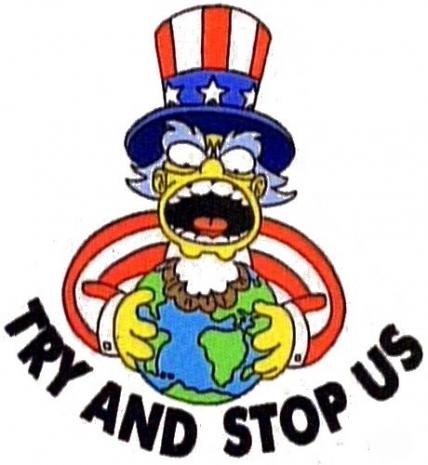 In an address last week, he reportedly said the following:

"The biggest source of chaos in the present-day world is the United States."

"The United States is the biggest threat to our country's development and security," adding:

"The East is rising and the West is declining."

"The looming risks and tests will not be any less than the past."

"Our party has relied on struggle up to this day, and must rely on struggle to win the future."

The US poses an unprecedented threat to everyone everywhere.

Modern-day US manifest destiny is all about controlling planet earth, its resources and populations by whatever it takes to achieve its aims.

Its pursuit of global dominance through endless wars by hot and other means risks an eventual clash of civilizations with China and Russia.

They're the only nations standing in the way of US dark forces achieving their diabolical aims — notably united.

Irreconcilable differences define US relations with these countries and others free from its control.

It's in sharp contrast to their pursuit of peace, stability, and cooperative relations with other countries, confrontation with none.

The US ruling class considers them adversarial rivals that stand in the way of achieving its hegemonic goals.

In late February, US economist Jeffrey Sachs called for Biden's "foreign policy with China (to) begin with a search for cooperation rather than a presumption of conflict," adding:

"Cooperation is not cowardice, as American conservatives repeatedly claim."

"Both the US and China have much to gain from it: peace, expanded markets, accelerated technological progress, the avoidance of a new arms race," and much more that's mutually beneficial to both countries.

"The US may view itself as being in a longterm ideological struggle with China, but the feeling is not mutual."

The above remarks apply to confrontational US policies toward Russia, Iran, and other nations free from its control.

It furthers a perpetual state of conflict over cooperative relations with all nations.

Hardliners in charge of US policymaking are enemies of ordinary people at home and abroad.

Self-proclaimed US exceptionalism, the indispensable state and moral superiority are debunked by unprecedented harm it's inflicting on countless millions of people everywhere, including most Americans.

Events of the past year alone exposed diabolical US aims — notably everything that followed renaming seasonal flu covid.

It caused the Greatest Main Street Depression in US history with no end of it in prospect, along with war on dissent and hardened totalitarian rule on a fast track toward full-blown tyranny.

US dark forces in cahoots with monied interests and press agent media are enemies of nations free from US control and ordinary people everywhere.

There's nothing equitable about what Orwell called "a boot stamping on a human face forever."

If his vision of the future becomes reality — a frightening possibility — dystopian harshness will replace societies safe and fit to live in.

That's where things are heading, US dark forces the main offenders.

The country I grew up in is long gone — replaced by steady elimination of virtually everything just societies hold dear.