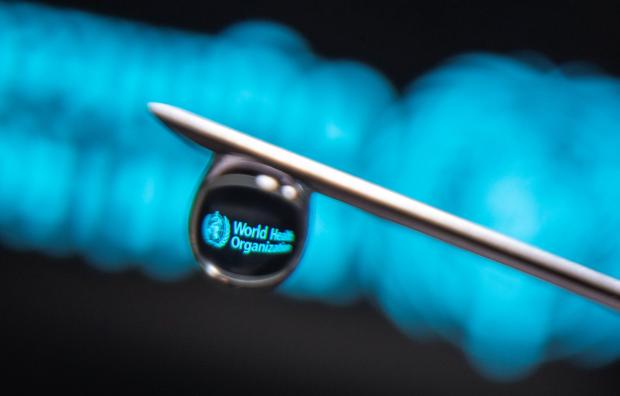 Call for a Draconian Pandemic Treaty

Tyrannical World Economic Forum head Klaus Schwab, the pro-Western/pro-Pharma/pro-mass-jabbing with toxic drugs WHO, and over two dozen hardline world leaders allied with US imperial aims are calling for establishment of a draconian pandemic treaty.

The scheme calls for mandatory global mass-jabbing with experimental, unapproved hazardous to health mRNA technology or vaccines for covid that increase the risk of contracting the disease they're supposed to protect against, but don't.

Their plot also increases the chance developing any one or more of a number of serious autoimmune and other diseases near-or-longer-term.

Their diabolical scheme is all risk and no rewards, nothing beneficial from these experimental, rushed to market drugs to be rejected, not used as directed.

A joint press release by Schwab, the WHO, and complicit world leaders defied reality.

It falsely called garden variety seasonal flu-renamed covid "the biggest challenge to the global community since…political leaders came together to forge the multilateral system" in the aftermath of two world wars.

They're pushing a diabolical Great Reset scheme to transform the world community of nations into ruler/serf societies.

It's polar opposite "the spirit of solidarity and cooperation (that includes) peace, prosperity, health and security."

Seasonal flu now called covid shows up annually like clockwork — 2020 and this year no different from earlier ones.

Diabolical dark forces like Schwab, the WHO, and leaders of US vassal states aim to destroy public health, well-being, and fundamental freedoms, not protect and preserve them.

They oppose peace, equity, justice, the rule of law and societies safe and fit to live in.

Nothing justifies an international pandemic treaty to combat the common cold or flu — that for the vast majority of people are minor health issues.

They're in sharp contrast to cancer, heart disease, diabetes, and many other serious ones the above dark forces oppose combatting because their widespread outbreaks let Pharma and large hospital chains cash in big from expensive treatments.

The cancer industry is "indifferent (toward and) hostile to "prevention (because it) conflicts" with bottom-line priorities.

It's big business. The more illness, the greater the bottom line benefits.

The same goes for many other major diseases.

The illness industry in the US and West profit from sickness. Health protection and wellness harm their bottom line priorities.

Epstein slammed the cancer industry for "losing the winnable war (on) the disease."

The same goes for many other curable diseases.

Seasonal flu-renamed covid is being used to fear-monger countless millions of people in the West and elsewhere to self-inflict harm by unneeded/unsafe/toxic drugs to reject, not use as directed.

US federal law prohibits mandatory use of experimental drugs.

Ways around the law include approving use of hazardous drugs by the FDA and/or new legislation to mandate what formerly was prohibited.

Western dark forces will stop at nothing to get their way.

The only solution is mass resistance and revolution.

The alternative risks loss of health, well-being, and free and open societies safe and fit to live in.

That's where things are heading if not challenged and stopped while there's time.