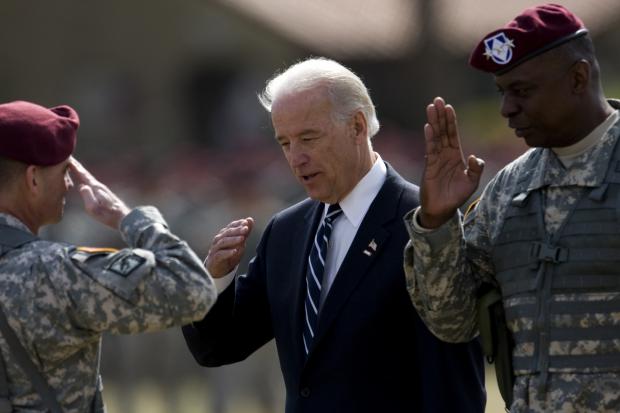 Biden Regime Refuses to End Illegal US Occupation of Iraq

The Pentagon's global empire of bases has nothing to do national defense — everything to do with maintaining platforms for waging endless wars on humanity.

US forces in the Middle East and elsewhere came to stay, notably in Iraq.

Despite agreeing to withdraw from the country earlier, Pentagon troops remain — on the phony pretext of serving in an advisory capacity and to combat ISIS the US created and supports.

According to the Pentagon, the US has around 60,000 troops in the Middle East, including in Iraq.

Along with many thousands of US forces in Central Asia and North Africa, the above lowball figure excludes private military contractors  deployed in large numbers to virtually all US occupied countries.

On Monday, Iraqi militias declared an end to a truce with the US.

According to a militia commander, what was unofficially agreed on last October ended because of "lack of seriousness of the Iraqi and US governments in scheduling the withdrawal of US forces from" the country.

On Monday, missiles targeted the Pentagon's Ain al-Assad base in western Iraq.

The US and Iraq earlier agreed on withdrawing all so-called Pentagon-led coalition forces from the country — according to a timetable not determined at the time.

According to an unnamed Iraqi negotiator, a "timeline for withdrawal (would) be agreed upon later through technical military committees (to be) formed on both sides to decide the required time limit" for remaining in the country.

Both sides "also agreed to change the role of the coalition to be a consultant, limited to providing training and support when needed."

"By rejecting to exit its forces, the US (regime) sent us a clear message that they only understand the language of force."

"Therefore, the Iraqi resistance confirms its full readiness to carry out its legitimate, national and legal duty to achieve" withdrawal by force.

According to an unnamed Iraqi militia commander, "all factions agreed" to attack US forces.

"It was decided that the operations would be qualitative and effective."

Separately, a Popular Mobilization Authority (PMA) commander said armed groups comprising the PMA would neither be involved in operations against US forces or criticize them by IRCC groups.

In response to earlier militia attacks against them, he accused them of "repeated violations of Iraqi sovereignty."

Most Iraqis want foreign occupation ended. As long as it continues unwanted, its presence is hostile in violation of international law.

The same is true for US occupation of Afghanistan, Syria, and elsewhere where Pentagon troops unwanted and despised.

The same applies to Afghanistan, Syria and wherever else US forces came to stay.

What benefits imperial US interests is nightmarish for millions of people worldwide.