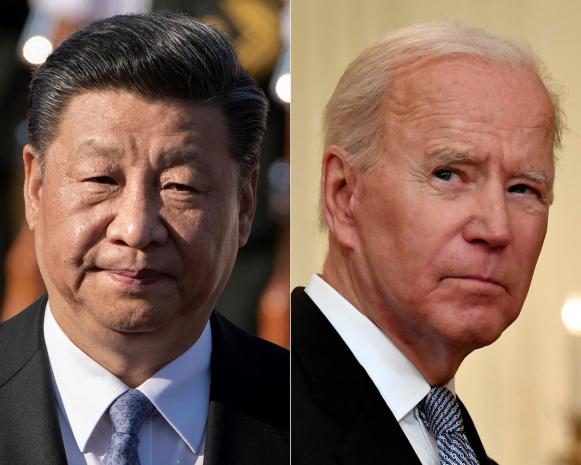 If words could kill, Biden regime nominee for envoy to China, Nicolas Burns, used his with this aim in mind during his Wednesday Senate confirmation hearing.

Like most others in Washington, he falsely called nonbelligerent/nonthreatening China "the greatest threat to the security of our country and the democratic world (sic)."

No such threat exists — other than China's growing prominence on the world stage at a time of US decline.

As for the so-called "democratic world," no Western states qualify for membership, especially not hegemon USA — at war on humanity including at home.

Bipartisan US policy toward China isn't what the Biden regime called "competitive when it should be, collaborative when it can be, and adversarial when it must be (sic)."

It's nearly all sticks and no carrots.

It's all out war by other means that risks turning hot by accident or design.

Though highly unlikely, the latter risk hangs like a sword of Damocles over world peace because of US rage for belligerently dominating planet earth, its resources and populations.

The Biden regime "will challenge the PRC where we must (sic), including when Beijing takes actions that run counter to America's values and interests (sic), threaten the security of the US or our allies and partners (sic), or undermine the rules-based international order (sic)."

The latter is all about hegemon USA's own diabolical rules.

They're world's apart from the rule of law under the UN Charter and other international law.

By rejecting universally accepted norms and standards, hegemon USA and its Western partners prioritize unipolar control of other nations over peace, stability, mutual cooperation on the world stage, and compliance with the rule of law.

Its democracy is pure fantasy, its agenda hostile to virtually everything just societies hold dear.

Its war on humanity rages with no end of it in prospect.

Burns' notion of "a free and open Indo/Pacific" is all about wanting the rights of its nations subordinated to US interests.

It's about wanting them transformed into US vassal states.

On Taiwan, he called for "deepen(ing) our security cooperation…expand(ing) our arms provisions…mak(ing) (what China calls a breakaway province) "a tough nut to crack."

He defied reality by falsely claiming that Beijing "ha(s) no real allies (sic)."

He repeated the Big Lie about "atrocities" in Xinjiang, Tibet and Hong Kong — a US, NATO, apartheid Israel specialty.

"Beijing proclaims that the 'East is rising and the West is in decline.' "

"I am confident in our country…with our allies and partners…will prove them wrong (sic)."

In response to his hostile remarks about China, its Foreign Ministry spokesman Wang Wenbin said the following:

"The remarks of Mr. Burns smack of Cold War zero-sum mentality and run counter to facts. China firmly rejects them."

"China is committed to the path of peaceful development."

"We will always be the advocate of world peace, contributor to global development, defender of international order and a provider of public good."

"Even when there is competition between the two sides in such pragmatic areas as economy and trade, it is healthy competition with each other for excellence."

"The accusation of the so-called 'genocide' in Xinjiang is an outrageous lie fabricated by a few anti-China (elements) in Western countries and US politicians, with the true intention of oppressing and containing China's development."

"The one-China principle is a political foundation of China/US relations, and Taiwan is an inalienable part of the Chinese territory."

"The US made the pledge of stopping arms sale to Taiwan in explicit terms in the August 17 Communique."

"It should honor its commitment."

"Since (seasonal flu was renamed covid), China has acted in an open, transparent and responsible manner in providing timely updates to the WHO and the international community."

"Origins-tracing is a scientific issue, but a handful of US politicians are obsessed with politically-motivated studies."

"Their malicious intention of denigrating and stigmatizing China is evident to all."

"We advise Mr. Burns to be keenly aware of the overall trend of world development and people's aspiration, learn the real situations of China objectively, view China and China/US ties in a rational manner and avoid underestimating the strong resolve, determination and capability of the Chinese people to defend their rights."

"We hope he will speak and act in a more constructive manner, and play a constructive part in promoting China-US relations and the friendship between the two peoples."

The prospect of either right wing of the US war party softening its policies toward China and other nations free from their control is virtually nil.

US relations with these countries are far more likely to worsen than improve.

When rubber-stamp confirmed and at his post in Beijing, he's highly unlikely to "demonstrat(e) a willingness to promote friendly (bilateral) exchanges" — just the opposite.

In remarks on Wednesday, he "humiliated the original meaning of diplomatic envoys and made a very bad example for world diplomacy."

Beijing will likely stop short of treating him with "respect and…friendliness (it extends) toward foreign envoys."

"There is an idiom in China: A thief crying 'stop thief.' "

US "wolf warrior diplomacy (is) the most classic explanation for this saying."

"Burns represents those who would rather be a 'wolf warrior' than a friendly ambassador."

"He made a more comprehensive attack on China, before coming to take office, than any other high-ranking official in the Biden" regime.

A deepening US Cold War on China will likely follow his arrival in Beijing.