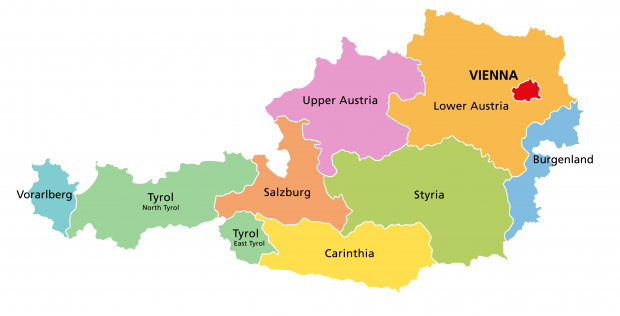 All things flu/covid imposed and pushed are built on a platform of Big Lies and mass deception with the worst of draconian aims in mind.

Starting Monday, tyranny advances to an unprecedented level in the US-dominated West.

Austrian chancellor Alexander Schallenberg mandated a draconian lockdown in two of the nation's regions where many of their people remain safe from flu/covid by shunning kill shots designed to destroy health.

As of Nov. 15, targeted residents may only be allowed to leave home for work, health-related issues, and food shopping — unless or until jabbed with toxins essential to shun.

Lockdown conditions apply to Upper Austria and Salzburg as punishment to their residents for shunning kill shots.

"This step was not easy to take, but it is necessary (sic)," adding:

"The risk for the un(jabbed) people is much higher (sic)" — a bald-faced Big Lie based on science, showing it's the other way around.

Schallenberg compounded his willful deception by falsely claiming he was "forced to take this difficult step to reduce the number of contacts (sic)."

"We must raise the (jabbing) rate," he roared. The number of Austrians irreparably harmed by toxic jabs "is shamefully low (sic)."

According to officially published data, nearly two-thirds of yjr country's nine million people are fully-jabbed — around the same percent as for EU countries overall if numbers are accurate.

Separately, Austrian health minister  Wolfgang Mueckstein said the regime intends to mandate jabs for the nation's workers — without saying when this step will be officially announced or become effective.

Before Schallenberg's announcement, unjabbed Austrians were barred from entering restaurants, hotels and public areas with more than 25 people.

While in force, anyone getting one jab and PCR-testing negative will be allowed to attend events of more than 25 people, enter hotels, restaurants and cafes.

When the four-week period ends, the above will apply only to fully-jabbed Austrians.

If outbreaks, hospitalizations and deaths rise proportionately as expected if mass-jabbing increases, harsher restrictions will be imposed on unjabbed Austrians, punishing them for what for what's caused by their jabbed counterparts.

What Schallenberg calls a "moral responsibility" is all about wanting maximum numbers of casualties in the country from kill shots.

Brussels only approved them for kids aged-12 and older.

Earlier, the Schallenberg regime falsely claimed that unjabbed Austrians accounted for over 80% of outbreaks (sic).

According to science, it's the other way around.

According to interior minister Karl Nehammer, individual and business violators of what no one should tolerate face stiff fines.

Left unexplained is that they're largely filled with the jabbed.

Will what's effective Monday in Austria become official EU and US policy ahead?

Based on what's happened so far, if mass-jabbing increases, so will flu/covid outbreaks, more from other illnesses caused by kill shots, hospitalizations and deaths.

Toxic jabs are responsible for increasing all of the above instead of the other around as falsely claimed.

With conditions likely to worsen during cold weather months, so will greater draconian harshness in Austria and elsewhere most likely.

Before winter transitions to spring, will full-blown tyranny be the law of land throughout the US/West — on the phony pretext of protecting public health and what remains of freedoms by destroying them?

No SWIFT, No Gas: Russia Responds To Western Threats As US Tries To Orchestrate Workaround

Europe Sleepwalked Into an Energy Crisis That Could Last Years

Prohibition On All Daytime Protesting Coming To Europe

The State Of Sex Work In The EU