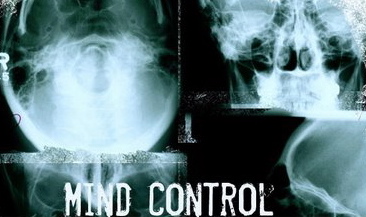 Directed energy weapons include lasers, high power microwave, and millimeter wave ones among others. A relevant December 2007 Department of Defense (DOD) report called them a "transformational game changer in military operations, able to augment and improve operational capabilities in many areas," for both lethal and non-lethal purposes.

Among other applications, EMF weapons/devices are used for harassment, surveillance and mind control. Agencies like the Pentagon, CIA and NSA use them to monitor people, manipulate their minds, harm, and at times kill them. The Navy Times called them the "most feared and controversial weapon(s) of (the) modern age."

Human experiments in America go back decades, an earlier article addressed MK-ULTRA (and others), accessed through the following link:

Begun in 1953, it was the code name for a secret CIA mind control program to perfect a truth drug. It followed earlier WW II hypnosis, primitive drugs research, and the US Navy's Project Chatter, identifying and testing drugs on both animal and human subjects. These and other experiments aimed to control human behavior through psychedelic and halluncinogenic drugs, electroshock, radiation, graphology, paramilitary techniques, and various psychological/sociological/anthropological methods, among others.

They comprised a vast open-field of mind experimentation, using anything that might work, legal or not on willing and unwitting subjects. For example, Dr. Ross Adey worked on the CIA's Pandora Project, using microwaves to send signals to human brains. Cataloguing the results, he showed how they affected emotional and pathological states. He also learned that human brains could be controlled remotely through extremely low frequency modulated microwave beams, able to cause psychological and physical harm.

People could be turned in zombies, their minds easily controlled. Physical harm also resulted, affecting their blood, cardiovascular system, cells, central nervous and digestive systems, glands, metabolism, reproduction, eyesight, and hearing. In addition, subjects could be made suicidal or driven mad. Moreover, sounds and speech can be placed in victims' brains, actual voices they can't control or stop.

Other effects include unexplainable burning, itching, tickling or pressure; "humming" or "buzzing" causing sleeplessness and anxiety; loss of body control, producing sudden twitching or jerking of an arm or leg; and feelings of dread, rage, lust, sorrow, or other emotions that come and go quickly.

Moreover, microwave cooking can heat people to death by increasing the radiation field intensity, causing local hot spots in eyes, gall bladders, and other body parts. Paralysis can also be induced. Memories are erased or impaired. Cancerous cells can be produced, and behavior modified the way authorities wish, even turning people into killers, microwave signals directing them. The entire mobile phone network can be used for these purposes, yet people are unaware of what's happening.

Post-WW II, human radiation experiments were conducted, affecting thousands of US citizens. Millions more were exposed to radioactive fallout from over 200 atmospheric and underground tests. At the Nevada site in the 1950s and 1960s, detonations affected over 200,000 '"atomic vets," thousands more downwind also in Nevada, Utah, Colorado and New Mexico. These and numerous other physical and psychological experiments caused enormous harm to hundreds of thousands of unwitting people, victimized by their own country.

Intersecting energy beams create radiation pockets in victims, engineered to contain sound waves, messages, heat and pressure stress, simulated forms of electromagnetic radiation, telepathic images, as well as holographic and virtual reality simulations. Directed energy beams can also track, locate and target people harmfully. They can only be blocked by force fields or materials that absorb or deflect them. What they are remain top secret.

Bush I declared the 1990s "The Decade of the Brain," an effort "to enhance public awareness of the benefits to be derived from brain research," keeping its dark side hidden.

The Pentagon's DARPA (Defense Advanced Research Projects Agency) conducted research and development in "augmented cognition," what universities call "cognitive science." It's the interdisciplinary study of how information is represented and transformed in the brain. The Pentagon's purpose was for military applications, including manipulating the emotions and behavior of adversaries.

In conflict zones like Iraq and Afghanistan, "Project Sheriff" is used to give "troops working in urban terrain more options" against combatants and noncombatants alike. Humvees and armored personnel carriers have been retrofitted with non-lethal weapons, including microwave-like pain rays (an Active Denial System) and a Long Range Acoustic Device emitting earsplitting sounds.

Pulsed Energy Projectiles (PEPs) travel nearly at the speed of light. With pinpoint accuracy, they emit invisible laser pulses, electromagnetic radiation, stunning targets, knocking them off their feet, paralyzing them in pain. Their long-term effects, however, are unknown, including on the brain.

The field of Augmented Cognition includes Transcranial Magnetic Stimulation (TMS), used therapeutically and for military purposes. The latter is to emit close proximity electrical impulses to the brain to affect mood, sleep patterns, and improve cognitive abilities in areas of learning, memory, attentiveness, visualization, and decision-making. The long-term neurological effects are unknown. The potential for human harm is considerable.

Transmitted over long distances, silent psychotronic weapons can cause illness or death for no apparent reason. In his 1970 book, "Between Two Ages," Zbigniew Brezezinski, discussed technologies to conduct secret warfare, saying:

"It is possible - and tempting - to exploit, for strategic-political purposes, the fruits of research on the brain and on human behavior....Accurately timed, artificially excited electronic strokes could lead to a pattern of oscillations that produce relatively high power levels over certain regions of the earth....In this way, one could develop a system that would seriously impair the brain performance of a very large population in selected regions, over an extended period."

Most people know nothing about directed energy weapons, manipulating, incapacitating and killing many thousands who have no idea what hit them. America has been a longtime global offender, developing and using them for decades to surveille, harass, intimidate, manipulate, torture, and kill. They can also read minds and turn people into zombies. Why? To achieve total unchallengeable control.

So-called "non-lethal weapons" can be as harmful as killer ones. Ongoing research, in fact, is chilling. Waging war on human minds and bodies, it's morally, ethically, and legally indefensible. Continuing, however, atrocity technologies are produced, mostly without public knowledge or that governments like America use them against their own people and others. For ill, of course, not good. Dr. Mengele lives.

And you think that the US government would actually follow the ban? ROTFL

Since when have the criminal thugs followed any of their own laws?