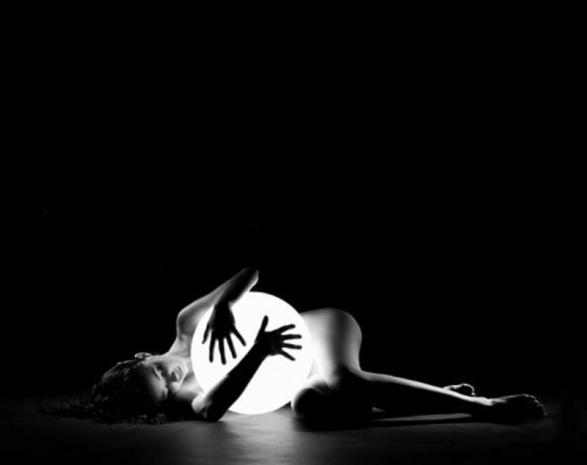 An earlier article explained its harmful effects, accessed through the following link:

Social psychologist Hans Toch coined the term "isolation panic" to describe symptoms he observed in men he interviewed, including panic, rage, a sense of total loss of control, emotional breakdown, regressive behavior, and self-mutiliation. He distinguished between difficult but tolerable incarceration and intolerable long-term isolation, how America and Israel treat thousands, subjecting them to barbaric torture. If sustained long enough, it destroys the human spirit, psyche, mind and body.

Over time, it causes:

-- for many, a totally dysfunctional state and inability ever to live normally outside of confinement.

-- "People come here with a few problems and leave sociopaths;"

-- You're like a "caged animal. I've seen people just crack and either scream for hours on end or cry."

-- We "have a sense of hopelessness. Plus my anger (is) a silent rage....I am beginning to really hate people."

-- "They....try to break a person down mentally (and) mental abuse leaves no evidence behind (like) physical abuse."

-- Others say it's like being buried alive or living in a tomb.

When long-term, it often causes irreversible psychological trauma and harm, a condition no society should inflict on anyone, nor should lawmakers allow it.

That's why forced isolation violates the Universal Declaration of Human Rights, the UN Torture Convention, and the UN Convention on the Elimination of All Forms of Racial Discrimination. In 1995, the UN Human Rights Committee called long-term prison isolation incompatible with international standards, and in 1996, the UN Special Rapporteur on torture and other cruel, inhuman or degrading treatment or punishment agreed.

Isolating inmates long enough in windowless cells 23 hours a day causes madness. Even the strongest-willed break. Try it in a windowless room for 24 hours with enough food and water for one day. Imagine the desperation to get out. Then imagine it for many years or life.

Institutionalized long-term isolation, in fact, causes more mental illness than everyone in psychiatric hospitals combined. It makes healthy inmates sick, so disturbed they sometimes boil over in rage, explaining they can't contain it no matter how severely punished.

"A classified report by the Israeli Bar Association (IBA) obtained by Haaretz provides a glimpse into the harrowing conditions prisoners separated from the main jail population must endure."

Ayalon and Shikma prison isolation wings aren't fit for human habitation and "look more like a dungeon, (while) most (Israeli) solitary cells in (are) crammed, rancid with smells of sewer and mold, and infested with insects."

"It's difficult to ignore the feeling that isolation as practiced today serves a function of punishment rather than imprisonment....This is a unilateral instrument of punishment used primarily against organized crime groups." Also routinely against Palestinians, especially human rights activists.

Based on a year-long review, including direct with inmates, the report explained that:

"Many isolated inmates testified to have developed paranoia, a tendency for uncontrollable fits of rage, and eyesight problems because of the lack of natural light through most hours of the day."

Yet Israel's Prison Service Commission orders allow isolation only as a last resort, such as:

-- "the security of the prison;

-- preventing real damage to the discipline and normal life in the prison;

-- protecting the well-being or health of the prisoner or of other prisoners; and

-- protecting the security of the state."

Yet Israel, like America, uses it punitively, making it excruciatingly harsh for extra pain, amounting to sustained torture, cruel, and inhumane treatment. Isolation wings are separate from other areas where inmates are divided into subgroups, including:

-- those posing a high escape risk;

-- others who may be harmed by other prisoners; and

-- those who might harm themselves so are separated and closely monitored.

"Most (isolation) cells are windowless and are lit by cold fluorescent lights. The meals are brought on trays and are inserted through a latch that is shut immediately afterwards, to prevent poisoning."

Yet it's common practice under sub-minimal conditions "unfit for human habitation. Keeping human beings in such unreasonable conditions for extended periods of time (whoever they are for whatever reason) deals a critical blow to the most basic human rights."

Responding to the IBA's condemnation, Prison Service spokesman Yaron Zamir said isolation is carried out "under court monitoring and according to sheer necessity, while providing the appropriate conditions, rights and treatment."

Like other Israeli officials and their US counterparts, he lied. Israeli prisons are hellholes, their isolation wings designed for torture, violating fundamental international and Israeli law as well as Prison Service Commission orders.

Most often, nonviolent Palestinian men, women and children are affected. The Addameer Prisoners' Support and Human Rights Association explains that since 1967, over 650,000 Palestinians were detained, over 20% of the entire population and about 40% of all males. Many spend time in isolation as a form of cruel and unusual punishment. Nearly all experience torture, including children. Many are uncharged but are brutalized anyway.

Everyone incarcerated is a "story of a life torn apart and an entire family broken. Yet the international community remains relatively silent in the face of Israel's illegal detention....and the fact" that torture and isolation are commonly used. "It is difficult to imagine that the sons and daughters of (those affected) will one day forget what they suffered when their loved ones were thrown" into Israeli dungeons and brutalized for wanting Palestinian sovereignty and Israel's illegal occupation ended.

Those "crimes" land offenders in isolation, sometimes for months or longer, where they're denied all rights and face torture or other forms of cruel, inhumane, degrading and humiliating treatment.

Under the 1971 Israeli Prison Ordinance, no provision defines prisoner rights. Rules alone are specified for the Interior Minister to interpret freely by administrative decree. For example, it's legal to intern 20 inmates in a windowless cell as small as five meters long, four meters wide and three meters high, including an open lavatory, where they may be confined up to 23 hours daily.

Separately isolated prisoners are in tiny, poorly ventilated confinement with no visitation rights or contact with counsel or other prisoners. Women and children are treated like men. Besides specific Geneva Common Article 3 and other human rights law prohibitions against all forms of inhumane treatment, Article 7(g) of the Rome Statute of the International Criminal Court (ICC) defines crimes against humanity as:

"Persecution (meaning) the intentional and severe deprivation of fundamental rights contrary to international law by reason of the group or collectivity."

A previous ICC ruling held that:

"It is a firmly established precept that the human rights to which a person is entitled simply by being human even when he is detained or imprisoned, and the fact that he is incarcerated cannot serve to deprive him of any right" under international law. Israel, however, like America, flaunts all international law, acting shamlessly with disdain.

The accused whistleblower was never convicted of any crime. Yet, he's "been detained at the US Marine brig in Quantico, Virginia for five (now six) months - and for" two previous months was held in Kuwait military confinement, "under conditions that constitute cruel and inhumane treatment and, by the standards of many nations, even torture."

Those familiar with his confinement say he's likely to experience "long-term psychological injuries," yet he's been a model detainee. All along, he's been "in intensive solitary confinement" 23 hours a day for (eight) straight months and counting....(He) sits completely alone in his cell. Even inside he's "heavily restricted." Under constant surveillance, he's prohibited from exercising, and "denied many of the most basic attributes of civilized imprisonment, including even a pillow or sheets for his bed."

Outside his cell one hour a day, he's "barred from accessing any news or current events programs." He's so affected that he's "administer(ed) regular doses of anti-depressants....to prevent his brain from snapping...."

America's first designated "enemy combatant," alleged dirty bomber Jose Padilla was brutalized in military and civilian isolation without charge for nearly four years. He endured alternating periods of extreme sensory deprivation or noise, no right to counsel for two years, beatings, injections with mind-altering drugs, and no medical treatment that destroyed him.

His mind was turned to mush, making him unfit for trial. Yet a public show trial convicted him on bogus terrorism charges, sentencing him to 17 years, four months hard time for his "role" in a "conspiracy" to help "Islamic jihadists." In fact, he was wrongfully charged, destroyed for political advantage like thousands of others rotting in US and Israeli isolation, victimized by police state justice.