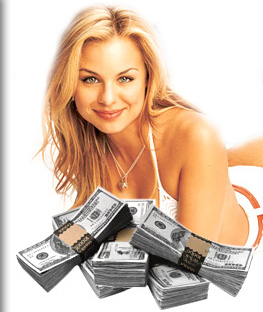 In fact, he then and now he lobbies for despots and predatory corporate clients.

"More recently, (he lobbied) on behalf of Honduran business leaders to convince members of Congress to support the removal of" democratically elected former President Manuel Zelaya.

Post-coup, The Hill.com reported that the far-right Business Council of Latin America (CEAL) hired Davis to lobby Congress and conduct supportive PR for the interim Micheletti government. It involved a media blitz, arranged meetings for coup plotters with congressional members, and drafting an Accord to form a National Unity and Reconciliation Government as cover to solidify fascist rule. Davis, of course, was well paid to assure it. His credentials don't include honor, morality, ethics and support for the rule of law.

In the high-profile antitrust case, "Whole Foods retained politically savvy lawyer Lanny Davis....to convince power brokers that Whole Foods is not getting a fair shake at the FTC" in its attempt to acquire rival organic grocer Wild Oats. His campaign involved "squeez(ing) the FTC on Capitol Hill through the House and Senate judiciary committees," Davis saying "you do what you have to do" to subvert antitrust laws or back despots replacing democrats. His credo, in fact, is anything for a buck as long as lots of them.

"Davis frequently injects himself into political disputes, masquerading as a 'political analyst' and Democratic media pundit, yet is unmoored from any discernible political beliefs other than: 'I agree with whoever pays me,' " the credo of all lobbyists, especially the most disreputable, Davis very much qualifying.

His entire Capitol Hill history is as "consistent as it is sleazy," the more sleaze, in fact, the more compensation. The hard-right Israel Project hired him to defend Israel's Cast Lead onslaught against Gaza, calling it Israel's "right to self-defense against terrorism," when clearly it was preemptive illegal aggression.

If Davis was just another run-of-the-mill lobbyist "piggishly feeding off our political system," it would be too commonplace "to bother noting. But (he) parades around as - and is treated by media organizations as being - some sort of political pundit," when, in fact, he's a hired gun, backing anyone who'll pay him.

Calling himself a liberal centrist, he supports big money and repressive governments, defending them by vilifying critics. He "reflects the grime and sleaze" that permeates our political culture in a profession that gives whoring a bad name.

-- calling himself a "pro-labor liberal" while lobbying against the Employee Free Choice Act to facilitate union organizing; it never passed;

-- in the late 1990s, serving as chief lobbyist for Pakistan's military dictatorship; under civilian leaders, Pakistan's government is cover for a military-run country; and

-- as Hillary Clinton's major fundraiser during the 2008 presidential primary, attacking Obama's association with Rev. Jeremiah Wright for being outspoken against war, other violence, racial hatred, and other social justice issues.

"In retrospect," said Grandin, "Davis was running through so many lies - they were too focused and polished to be simple mistakes or errors of interpretation - it was hard to catch up."

His entire career, in fact, amounts to crafting, pressuring, and disseminating lies, spin, and other misinformation supporting systemic evil against good.

In 2002 at Patton Boggs, he was retained to do crisis management, legal, and media advisory work for HealthSouth Corp. and its CEO Richard Scrushy. At the time, he was under investigation for alleged fraudulent accounting and suspect Medicare billing practices. Though acquitted of securities fraud in 2005, he was convicted of bribery in 2006 and sentenced to almost seven years in prison. Davis advised him and HealthSouth for four months, raising questions about some of his tactics.

Specifically, his October 2002 press release said that in Fulbright & Jaworski's company audit, Scrushy was cleared of allegations that he improperly dumped stock based on inside information. Afterward, F & J partner Hal Hirsch said his team didn't pre-approve the word "cleared." As a result, Davis had to issue a new press release retracting the first one he thought he could get away with even though untrue.

In spring 2010, Davis left McDermott Will & Emery to form his own firm, Lanny J. Davis & Associates, specializing in "legal crisis communication, media strategy, public advocacy, and political/legislative strategies" for some of the world's most disreputable despots and corporate predators.

In summer 2010, he signed a $1 million annual contract to represent Equatorial Guinea dictator Teodoro Obiang Nguerma Mbasogo, one of the world's most corrupt ones, accused of countless human rights abuses throughout his tenure. Reports said he stashed his country's oil wealth offshore and rigged elections to assure 95% majorities. Davis joked about it, saying he urged the tyrant to "win by 51% (not) 98%."

He also lobbies for Martek Biosciences, a company making suspect additives for federally-subsidized infant formula. They include fatty acids known as DHA and ARA, even though advocates for poor women question their use. In response, Davis blitzed Congress with emails accusing opponents of being "lactivists" who want to force women to breast-feed. No level is too low for him to stoop.

His latest controversy involves lobbying for Ivory Coast dictator Laurent Gbagbo. Elected president in 2000, he kept power after his term ended in 2005, and still holds it after his November 2010 election defeat. His intransigence, use of military force, and rumored death squads against opponents pushed Cote d'ivoire toward civil war, its second after 2002 - 04 fighting ended, the government controlling the south and rebels the north.

Reports say terror killings and kidnappings were unleashed against opposition supporters. About 200 or more deaths resulted. After a decade in power, Gbagbo won't relinquish it, his intransigency risking civil war.

After days defending his work, Davis reversed field and resigned, dropping an account worth a $100,000 a month. His explanation was Gbagbo's failure to take Obama's call, not his human rights abuses and massive corruption. In his December 29 letter, he said:

His "mission was not to say who won or who lost the election or who was right or who was wrong, but rather to help resolve this crisis peacefully through dialogue, mediation and with leadership and participation of the international community."

It was typical Davis boilerplate, suppressing his real role as a hired gun for anyone who'll pay him, no matter how sleazy. As an establishment figure, he supports wealth and power against popular interests.

Davis "built a client list that now includes coup supporters in Honduras, a dictator in Equatorial Guinea, for-profit colleges accused of exploiting students (by aggressive tactics, entrapping them in debt for degrees of dubious value), (and his) agree(ing) to represent" Gbagbo. His frequent role "stoked growing criticism that (he's) become a kind of front man for the dark side, willing to take on some of the world's least noble companies and causes."

"You look at who he represents, and the list is just almost unseemly, tawdry." Representing agencies that serve poor women with infant children, California WIC lost its battle with Davis, McGehee adding: "It is an illustration of what most of the American people think of as wrong with Washington," and Davis as one of its most sleazy exponents.

Yet he battles critics by lining up support from State Department officials, congressional members and business contacts to testify how he helped them. He also uses his customary media blitz approach, including making himself available for print and on-air interviews, a technique earning him a reputation as "spinmeister par excellence," a noted practictioner of distortion, misinformation, and bald-faced lies.

Repeatedly exposed as disreputable, his defense is that:

"My credibility is the only thing I have. If I defend people in indefensible, corrupt acts, then I lose everything I have, and I'm just another gun for hire. But when I see that I can help get out the facts, and improve people's lives, and peacefully resolve conflicts, then I feel an obligation to do so....I am a liberal Democrat. I've been (one) all my life. I haven't changed my values."

Phew! The last refugee of a scoundrel is wrapping disrepute in claimed honor, ethics and principle, never mind being bankrolled by some of the world's sleaziest dictators and corporations to do it. Also claiming everyone deserves a voice is baseless, not when claimants murder, steal, and ravage the environment for profit. Even Obama officials say he's on the wrong side of some fights.

Recently, he's "come under unusually vociferous attacks (from) a diverse array of (critics) representing everyone from college students and mothers of poor children, to diplomats and international human rights advocates."

In fact, relying on friends in high places, and disseminating client-friendly disinformation makes him one of K Street's most highly paid lobbyists. In fact, a Twitter profile called him: "Clinton confidant, weathered PR-man and counsel to dictators." Add to that the epitome of sleaze.