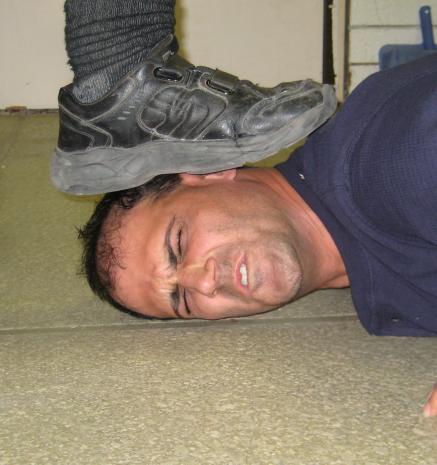 **QQ**If you want a picture of the future, imagine a boot stomping on a human face forever**QQ** Geo
De Jure Government

Adjournment of Congress sine die a Latin term meaning “without [fixed] day”;  No day is set for reconvening

Seven southern nation States of America walked out of the Second Session of the Thirty-sixth Congress on March 27, 1861.

In so doing, the Constitutional due process quorum necessary for Congress to vote was (temporarily) lost and Congress was adjourned sine die, or "without day." To some, this meant that there was no lawful quorum to set a specific day and time to reconvene. Some say that according to Robert's Rules of Order, Congress automatically dissolved because there are no provisions within the Constitution allowing the passage of any Congressional vote without a quorum of the States. Keep in mind that Robert's Rules of Order was created and published by Henry Martyn Robert who was born in South Carolina in 1837. He sold a half million copies of his rules by 1914. Those rules were not made a part of the Constitution or any Amendment to the Constitution. According to The Constitution, Congress was only required to meet at least once in every year on a specific date unless changed by law and a smaller number may adjourn from day to day. Therefore, because there were no other provisions, dissolution does not take place unless "the people", the creators thereof, or the posterity thereof, the sovereigns of the states, say so.

Because the King's men did not attend a meeting required by Him does not constitute a loss of the King's kingdom or His government. It just means that such men may loose their heads for not obeying the King.
The King in this case is the people
or "We, the people"

"...to prevent abuses in our government, we will assemble in Convention, recall our delegated powers, and punish our servants for abusing the trust reposed to them."
--paraphrased by Patrick Henry, June 1788

On April 15, 1861,
President Lincoln reconvened Congress under the Executive branch by proclamation (number 1):
"I do hereby, in virtue of the power in me vested by the Constitution, convene both Houses of Congress."

Ceasar (President) is now in full control even over the Senate (Congress).

A Presidential dictatorship has been imposed on U.S. citizens. The sad thing is, "Most American people do not realize it yet."


The corporate government created in 1871 will continue to exist as long as:

"state of war" or "emergency" exists (War on Drugs, War on Poverty, War on Terrorism, War on Iraq, etc.),

the President does not terminate "martial" or "emergency" powers by Executive Order or decree, or

the people do not resist submission and terminate by restoring lawful civil courts, processes and procedures under authority of the "inherent political powers" of the people.

The Fourteenth Amendment for all intents and purposes does not exist. On March 28, 1861 Congress adjourned sine die and never has reconvened de jure.

The original Thirteenth Amendment (no title of nobility), approved by 13 of the 17 states March 12, 1819 and thereby ratified, is the last proper draft of a de jure Amendment but is not recognized by the corporate (de facto) UNITED STATES.
The original 13th Amendment prohibits "Esquires" (Attorneys) from holding positions of public office.

Ahhh, Philip Marks.....Apparently you do not understand that Congress cannot EVER reconvene under force of a gun which is exactly what happened on July 4, 1861. There was no quorum because all Ahhh....you cannot have a congress when those SOVEREIGN NATION STATES decided to remove themselves from the united States of America which was their duty at that very moment and they had every right to do under the Constitution for the united States of America. To this very day this congress commits treason, and it is people like you who are completely and utterly hoodwinked sir. Abraham Lincoln was, and remains, a TRAITOR TO ALL AMERICANS LIVING PEACEFULLY ON THE LAND. How does it feel Philip Marks to be a corporate fiction? Go back to sleep fool.

Continued... The fact that the US is now a corporation can be seen on Dunn & Bradstreet, and the fact that the gov't is a corporation exiles men & women in exchange for legal fictions known as "persons." The next book you may want to read is by Alex Christopher; Pandora's Box, and it can be found online in pdf. Another book that takes you to the bottom of the rabbit hole is Vatican Assassins pdf

Continued... Words have meaning. Congress adjourned sine die - without fixed day to reconvene because it was fini. Now, the #DeepState and its stooges say that congress adjourns sine die at the end of every session. Fall for their lies if it protects your #CognitiveDissonance. Over 16,000 books have been written to glorify the bastard son of the Rothschild bloodline. Thomas J. DiLorenzo cites their scholarship, but draws common sense conclusions in his book, The Real Lincoln. Its a great read. There are only 13 amendments to the original 1787 Constitution, with the original 13th being the Titles of Nobility amendment. The 1871 corporate charter titled, The Constitution OF the United States (Inc) of America mimics the 1787 Constitution FOR the united States, and paves the way for the unlawful ratification of the 14th, 16th & 17th amendments, as corporations can ignore their own rules.

Apparently you are unfamiliar with Art II Sec 2 of the Constitution which describing the powers of the President says "he may, on extraordinary occasions, convene both Houses, or either of them." Further the 36th Congress term ended by law on March 4, 1861. The 37th Congress adjourned sine die without a quorum, but was properly called into session July 4, 1861. A quorum WAS then present and the Congress filled its term (it is not a parliament and cannot be dissolved) until replaced by the duly elected 18th Congress. Do facts matter? Or do you just prefer to say stuff and insist it is right regardless?

"It just means that such men may loose their heads for not obeying the King." I am sure you intended to use the word "lose" which derived from lost, not "loose" which means not tight

Thank you Mr. Costanzo.  Later we had the reconvened Congress in 1865 seize power from President Andrew Johnson and institute Military Districts in the Southern States and installing rump legislatures in order to seem to ratify the 14th Amendment, creating a dual citizenship status.  In 1967, John Rarick, (D, LA) spoke before the House outlining the unconstitutionality of the 14th Amendment.

During the Wilson Administration, the "Trading with the Enemy Act" was enacted in order to freeze or seize accounts of Corporations who were trading with Countries deemed enemies of the United States.  The "War Powers Act" given to FDR was tied directly to the "Trading with the Enemy Act", thereby proclaiming American citizens enemies.  This was how the "Gold Confiscation" of American citizens was done.  Rep. McFadden spoke at length concerning this on the floor of the House, even going so far as to bring charges against members of the Federal Reserve Board.

In 1973, the Church Committee (SR 93-549) explored the Emergencies we had been placed under and although Congress addressed some, they were not all resolved.

Weekly Update --- Isn't it Time For Adam Schiff to be Expelled From Congress?