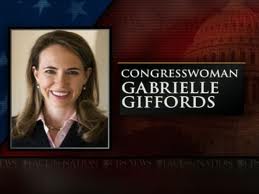 Tucson is not a right-wing bastion

Three days before the horror happened at the Safeway supermarket in northwest Tucson, my wife, son and I were shopping at a different Safeway in central Tucson, where our son attends the University of Arizona, which is home to the world-class University Medical Center and School.  On our frequent visits to Tucson from our home two hours away by car, my wife and I have stayed near the Medical Center and also near the scene of the massacre.  We’ve walked the nearby streets and trails, visited cultural attractions, and patronized many eating and drinking establishments, including Bohemian ones.

That’s a way of saying that I know a lot about Tucson, which is more than I can say for the East Coast media.  In their coverage of the mass shooting, they sat in their New York studios and characterized Tucson as a backwater, as a city of cowboys and gunslingers, and as a bastion of anti-immigration and anti-government right-wingers.

One national reporter even asked a local resident if the Safeway where the massacre occurred is a popular meeting place in Tucson, as if residents have to meet at a suburban supermarket because the metro area doesn’t have parks, cafes, libraries, hotels, theaters and other places to meet like big cities do.  Another reporter commented that Rep. Gifford’s district encompasses the town of Tombstone, scene of the gunfight at the OK Corral, and therefore reflected a cowboy and rancher mentality, whatever that is, and included a lot of tea party members.

Actually, metro Tucson is anything but a small town and a bastion of right-wingers and tea partiers.  It has a population of over one million, is 35.7% Hispanic, has residents who hail from all over the nation and world, and has a left-liberal daily newspaper, The Arizona Daily Star, which leans so far left that it is called the Red Star by conservative Arizonans.

The newspaper is a mirror image of the political make-up of the City of Tucson, which is about as left-liberal as Berkeley, Calif.  Pro-Obama bumper stickers abound, as do stickers with the words, “Coexist,” and “Humanitarian aid isn’t a crime,” a reference to water that is provided by so-called humanitarian groups to illegal Mexican immigrants as they cross the desert near Tucson.  I’ve even seen this bumper sticker:  “The environment is the only morality.”

In neighborhoods near the university and downtown, patrons and employees in restaurants, coffee shops, convenience stores, and other retail establishments tend to look like a modern-day version of Flower Children:  grotesquely tattooed and pierced, dressed in early Goodwill, and holding low-paid, dead-end jobs.

There are so many tattoo parlors in the city that one might think that tattooing is the main industry.  Actually, government is the main industry.  Out of a civilian labor force of 492,000 in the metro area, there are 142,000 workers in government, education, and healthcare, which of course is dependent on Medicare and Medicaid funding.  In the City of Tucson, the University of Arizona is the second-largest employer.  Big employers outside of the city include Davis-Monthan Air Force Base, the U.S. Intelligence Center at Fort Huachuca, and defense contractors.

With the City of Tucson awash in so much government money and so many liberal ideas about social justice, it should have widespread prosperity and small disparities in income--if you were to believe what left-liberals say about glories of their ideology.  Instead, large numbers of homeless people can be seen walking the streets and hanging out in parks, the streets are in disrepair and are congested from a lack of freeways, and there appears to be a two-class society:  those who hold government and government-related jobs and those who don’t.  (Early reports said that the deranged Safeway shooter was an unemployed high school dropout whose mother works for the Pima County Board of Supervisors.)

In these and other respects, Tucson is the opposite of most of the rest of Arizona, which has more of a conservative, free-market orientation.

The differences can be seen in statistics.  Average household income and per-capita income in Tucson are $30,981 and $16,322, respectively, versus $40,558 and $20,275 in the state as a whole.  No doubt, these differences are partly due to wage pressures on unskilled jobs from the relatively high concentration of illegal immigrants in Tucson, and partly to the paucity of high paying jobs outside of government and government-related firms.  For example, about 38,000 people work in the seasonal and low-wage tourist/leisure industry.

Incomes are lower in Tucson but violent crimes are higher.  For example, .86% of Tucson residents have been affected by a violent crime, versus .5% for Arizona as a whole.

None of this explains the madness of the Safeway shootings.  It just shows the stereotypical and misleading reporting by the East Coast media.