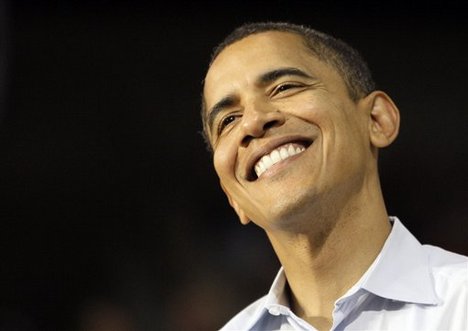 Obama in Tucson: Shame, Hypocrisy and Deceit - by Stephen Lendman

Like all politicians, Obama shills for power, plays to the crowd, and hides ugly truths the public has a right to know. His Tucson remarks were no different, displaying intellectual bankruptcy by invoking scripture, heroism, and patriotism, while avoiding what most needed saying - the real cause of January 8th's violence. A previous article discussed it, accessed through the following link:

America's longstanding culture of violence deserves blame. A deranged gunman is merely systematic of a society off the rails, malignant from imperial wars, extremist politicians, demagogic media hosts and pundits, the proliferation of guns, a faux democracy, and deep-seated lawlessness and corruption too far gone to fix.

"President Obama rose to the occasion yesterday evening at the memorial ceremony for the victims of Saturday's murders in Tucson, not least because he spoke to the better angels of our democracy. To an audience seeking consolation, the President honored the lives of the slain, praised the heroism of those who saved lives....and wisely explained that some acts of violence are not subject to easy blame, much less partisan explanation."

Tucson's violence is easily explained, but Journal writers ducked it, opting instead for false reasons and praising presidential deception, their usual journalistic methodology.

A same day New York Times editorial was no better, headlined, "As We Mourn," saying:

"It is a president's responsibility to salve a national wound. President Obama did that on Wednesday evening at the memorial service in Tucson....It was one of his most powerful and uplifting speeches. (He) called on ideological campaigners to stop vilifying their opponents....He rightly focused primarily on the lives of those who died and the heroism of those who tried to stop the shooter and save the victims. He urged prayers for the 14 wounded....(His) role....was to comfort and honor, and instill hope."

Wrong! His obligation was to level with the public, explain ugly truths, and air America's dirty linen in plain sight. He failed on all counts as he has throughout his presidency. He betrayed his constituents who deserve better, never got it, and won't over what many hope will be his final two years, leaving office shamed, disgraced, and with any justice indicted and prosecuted for grievous war crimes, besides what he's done to working Americans, leaving millions impoverished and abandoned.

A two-part year two assessment (with links to a one year one) examined the mass misery he's inflicted globally, accessed through the following links:

They're tough reading but true, what major media reports won't explain, nor do they ever. Mainstream editorial deception provides clear evidence.

So did numerous commentaries, including Nation magazine writer John Nichols in his January 13 article headlined, "Don't Tone It Down, Tone It Up: Make Debate 'Worthy of Those We Have Lost," calling Obama's speech "remarkable," then adding:

"We are a better nation when we are undimmed by cynicism and vitriol. And for a few minutes on Wednesday night, we dared with our president to answer cynicism with idealism, to answer tragedy with hope, to answer division as one nation, indivisible."

Phew! And it applies to Washington Post columnist Eugene Robinson, titling his January 12 op-ed "Obama: consoler in chief" at a time we need hard truths, not soothing. Yet Robinson praised a speech "from the heart" by a president exposed as soulless who never grieves for imperial victims - tortured, murdered or exploited for profit and global dominance.

Why killing is as commonplace at home as abroad. Why young children are conditioned by television, films, video games, music, online material, and real time violence at home, at school, and at play.

Why one estimate puts annual gun related deaths at 30,000, (82 on average daily) plus 70,000 injuries, including 3,000 children and teens. Why Chicago alone had 509 homicides in 2008, mostly gun related. Why most go unreported because largely they affect people of color, not prominent residents.

Why America is the only industrialized country that hasn't responsibly addressed gun violence, causing, on average, eight times more fatalities than in other developed nations. For children under age 15, it's 12 times higher. Yet despite the current uproar, no congressional measures will restrict accessibility, including for semi-automatic assault weapons. When used as intended, they fire off multiple rounds in seconds.

It's why homicide-free days in many US communities are exceptions, not the rule, and why dissidents are attacked. Why students and others at Virginia Tech in April 2007, and high schoolers in Columbine, CO in April 1999.

Columbine, in fact, culminated an 18 month shooting spree in Mississippi, Kentucky, Arkansas and Oregon, causing 15 deaths and scores of injuries. Yet the National Rifle Association wields inordinate power over Congress to assure continued proliferation and accessibility of assault weapons that should be banned.

Why Florida criminologist Gary Kleck estimates between 16,000 and 17,000 children carry guns to school daily, usually for protection from others there with them. Of those who do, 10% commit handgun related crimes. Recently, seventh grader Seth Trickey used one to injure five children. Kip Kinkel, aged 15, fired 51 shots from a .22-caliber Ruger semiautomatic rifle in his Springfield, OR school cafeteria, killing two and injuring 22 others.

In March 1998, Mitchell Johnson, aged 13, and Andrew Golden, aged 11, killed four girls, a teacher, and injured 10 others at Westside Middle School in Jonesboro, AK. Numerous other cases are similar, children killing classmates, teachers or others at school, at play or on neighborhood streets because handgun accessibility is easy, even for them. Firearms, in fact, are the number one weapon of choice for American youths, some not yet teenagers.

According to Shay Bilchic, administrator of the Federal Juvenile Justice Office:

The accessibility of firearms to children shows "the devastating impact (they've) had on the lives and well-being of America's youths." Studies show minors can obtain handguns easily. In fact, 70% of juvenile criminals said they could get them in the District of Columbia where they're illegal and possession almost entirely prohibited. Even though the 1968 Gun Control Act banned firearm sales to minors, children and teenagers easily get them, and in some states, like Arizona, obtaining them legally is almost as simple as buying toothpaste.

Clearly better gun control laws are needed, but won't be forthcoming even after Tucson, a tragedy America's media will tire of covering and fade, but not gun related homicides across America, mostly out of sight and unreported.

Yet Obama ducked the issue, ignored America's violent culture, absolved right wing extremists, and, besides other scripture, invoked the Book of Job saying:

"Scripture tells us that there is evil in the world, and that terrible things happen for reasons that defy human understanding. (None) of us can know what triggered the attack or what could have been done to prevent it."

In fact, clear explanations exist, and plenty can be done to reduce gun related bloodletting. When used as intended, guns kill, maim or injure. Sympathy, empathy grieving, and invoking scripture won't stop it. It's high time something did, but don't expect it from Washington where politicians are bought like toothpaste.