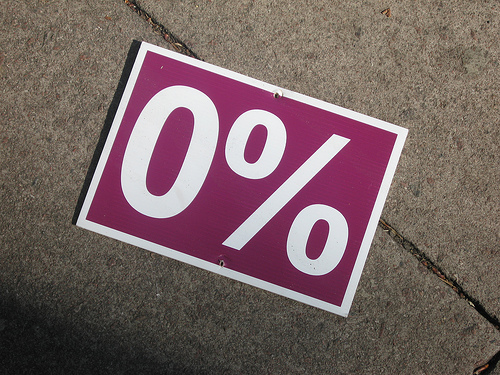 An except from Franck Biancheri's new book titled, "World Crisis: The Path to the World Afterwards" states:

"The (current) financial and economic crisis....marks the end of the world order established after 1945." In 1991, the Soviet Union dissolved, and since fall 2007, we've "witness(ed) the accelerated decomposition of the 'Western pillar' with" America advancing disintegration.

After decades "spent living in the myth of an 'ended history' in which" Western ideology was triumphant, "it is almost impossible to imagine 'a world after' " without Washington/Wall Street dominance, "where 'Anglo-American' would not necessarily mean 'modern,' and where the dollar would no longer be king."

Neither our media or leaders "imagine the unimaginable." They're "too busy trying to make us 'forget the unforgettable,' in particular, the socio-economic consequences of the crisis throughout the world." It creates problems and "unprecedented opportunit(ies) to rebuild a 'world after,' provided" challenges can be seized and dangers avoided. One thing's certain. New world ways will supersede one olds, for better or worse. Buckle up. Things may get bumpy along the way.

Nearly daily from Canada, economist David Rosenberg provides some of the best. He offers far different commentaries than corporate-sponsored deception, extolling a recovering economy, claiming clear sailing ahead, and hiding how Western workers are harmed.

"The US is closer to a Japanese-style outcome today than at any time in recent history." Perhaps ever, in fact, given the level of past excesses, creating a monstrous debt overhang.

Rosenberg's visual analysis showed a frightening post-bubble decline in both countries by the numbers:

(1) Since the mid-1990s, Japan's private residential spending plummeted by nearly 60%. America, since 2006, matched it in much less time, and the trend remains down.

(2) Since 1988 in Japan, housing credit crashed from over 20% annually to around 3%. US home mortgage liabilities peaked around 2003, moved sideways until 2007, then plummeted from around 13% annually to negative numbers because of mounting foreclosures.

(4) Over the past decade, the Bank of Japan (its central bank) expanded credit exponentially, its level remaining at unprecedented levels. In 2008, the Fed acted likewise, expanding its balance sheet recklessly to help banks, not Main Street it ignores.

(5) Fiscal policies in both countries created unprecedented, dangerous, deficits. For over two decades, Japan had no surpluses. America's last one was in 2001. It's been all red ink thereafter, especially since 2008.

(6) In 1991, Japan began a protracted deleveraging cycle as reflected in its 10 year government note yield and benchmark Nikkei Index. It peaked on the last trading day of 1989 at nearly 39,000. Currently, it's at around 10,500 with minimally many more years, maybe decades, needed to recover fully.

(7) From 1990 to today, Japan, post-bubble, experienced over two decades of rolling recessions and recoveries. None of the latter ones proved sustainable.

(9) The employment/population ratio in both countries shows declines because of persistent unemployment, grossly underreported in America to hide levels above 20%. The official 9.4%, the so-called U-3 level, is meaningless.

Worrying concerns in it include:

(3) Vacant housing units in America hit a record high. So is the housing vacancy rate. Housing is in deep depression. Unless reversed, sustained economic recovery is impossible.

the certainty that they all "end painfully, housing (ones) in particular. They're an especially dangerous (type) asset bubble because of their extraordinary debt intensity." Extracting wealth (through refinancing) from rising valuations, and "heavily entangl(ing) banks and the whole wealth financial system as lenders" assures a bad ending eventually. Moreover, the longer excesses continue, the worse the outcome and greater amount of time needed to recover.

As a result, property bubbles have historically been the main cause of major financial crises. In Japan and America alone, their banking systems experienced "calamitous effects....through a horrendous legacy of bad loans" that continue to plague both countries - besides others, notably China with a far greater housing bubble than America's at its peak.

In 2010 alone, China built up to 15 million units. In 2006, America's bubble peak, only 2.5 million were completed. At the end of the 1980s, Japan had a monstrous housing bubble. China's current one rivals it, but so far it hasn't burst. Richebacher's warning, however, bears repeating: "Beware of Property Bubbles." They all end badly.

(5) At 26.5%, "(h)ousing is still the largest asset on the baby-boomer balance sheet." Declining valuations affect their spending and attitudes.

(6) Real US unemployment and underemployment remain major problems, neither showing signs of improving.

(7) At nearly seven million, the total number of unemployed Americans for 27 weeks or longer is a record high. At 45%, so is the ratio of their numbers compared to total unemployment.

(9) Major sustained state and local cutbacks "remain a key macro risk." Declining employment and investment levels are two among other factors of concern.

(10) America's public debt is a record high. So is the issuance of government securities.

(11) "The world is awash in (unsustainable) debt." For example, in 1992, the "gross general government debt-to-GDP ratio globally was 64%. Today it's 100% and rising, especially in America at well over $1 trillion annually.

(12) In countries like Greece, Ireland, Belgium, Portugal, Italy, Spain, and others in Eastern Europe, default is either possible or likely. In fact, "(d)efault risks (are) high and rising in the European periphery."

(13) Countries like Ireland are experiencing multi-year unemployment highs along with falling demand levels.

(15) Since 2009, China's inflation has been increasing, resulting in rising reserve requirement ratios and interest rates. Like other nations that tried, China may learn painfully that engineered soft landing attempts often fail, especially when trying to deflate monstrous bubbles.

After decades of spectacular growth, China passed Japan in Q II 2010 to become the world's second largest economy. At its present pace, it will surpass America as early as 2030, but it still has a long way to go. Nonetheless, China stumbling will impact Asia and other regions, especially where economies are weak.

(16) Since November, China's stock market (the Dow Jones Shanghal) has been declining, perhaps signaling "something about emerging market growth."

In his January Investment Outlook, he notes four major factors of concern:

(1) US wages continue to lag inflation and rising commodity prices like food and energy.

(2) Dollar depreciation will cut purchasing power "as well as the global valuation of dollar denominated assets."

(3) One consequence of trillion dollar deficits is the need to finance them at very low rates "as long as possible." He warns, however, that once "reflationary policies take hold, long-term bondholders (will) lose their heads" as yields begin to rise, "reflecting higher future inflation."

Mindless deficit spending has a price, including "higher inflation, a weaker dollar and the eventual loss of America's AAA sovereign credit rating." It's just a matter of time, Gross warning: "Fear your head - fear your head."

On 60 Minutes in late December, banking analyst Meredith Whitney predicted from 50 - 100 "significant" municipal bond defaults in 2011 (in cities, towns and counties, not states), totaling "hundreds of billions" of dollars.

The 2008 US record so far is $8.2 billion. Defaults at multiples of that total would greatly impact the economy.

(1) Rapidly sinking municipal bond prices "will suffer one of the greatest collapses of all time."

(2) It will affect other vulnerable bond markets, notably mortgage-backed securities and long-term Treasuries.

(4) "(T)housands of city and state governments will have no choice but to gut their budgets, declare bankruptcy, and in many cases, even shut down entirely."

As a result, an American Greek Tragedy possibly looms "in more ways than one." A million or more public workers may lose jobs as Washington and deficit-burdened/budget-strapped states, cities and local communities seek ways to cut costs. Way one is reducing staff levels, the largest expense. Others include debt and pension obligation defaults with trillions of dollars of liabilities at stake.

Separate, so-called OPEB (other post-employment benefits) obligations, are underfunded by at least another $530 billion, according to the congressional Government Accountability Office's November 2010 estimate, saying the figure is extremely conservative. Others put it at from $1 - $3 trillion. The combination of economic weakness and mounting debt obligations may mean inevitable debt and public pension defaults, as well as growing numbers of municipalities declaring bankruptcy because Washington won't help.

At issue is a federal/Wall Street scheme to reengineer governments, downsizing them for profit at public worker expense through lower pay, fewer benefits, and lost pensions to protect as many debt holders as possible. Also to force cash-strapped states, cities and communities to sell public assets cheap so banks and other corporate raiders can grab them at fire sale prices.

On January 7 in testimony before the Senate Budget Committee, Fed chairman Bernanke said:

"We have no expectation or intention to get involved in state and local finance." States "should not expect loans from the Fed," nor help from the Obama administration and Congress in discretionary budget austerity mode.

"What's the difference between General Motors and California," or Chicago, New York or Los Angeles? Unlike GM, they haven't gone bankrupt so far, nor have they defaulted on their pension obligations. Given today's crisis, with troubled communities across America faltering, anything is possible anywhere anytime.