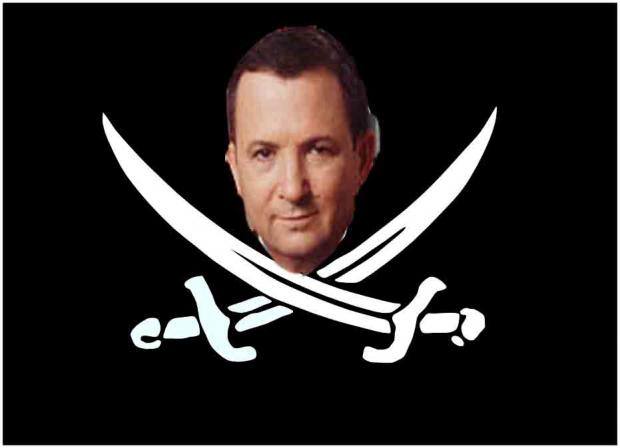 Numerous previous articles explained Israel's extremism, notably under Netanyahu exceeding the worst of Ariel Sharon. Both men, of course, are war criminals by any standard. So are complicit Knesset members - roguish, racist and hard-line, comprising a voting majority that co-opt a weak-kneed opposition going along most often to get along.

"As long as Netanyahu does not change his policies, he cannot expect us to change ours." He added that Turkey won't renew any previously signed accords, and won't consider renewed relations until Israel accedes to its demands. He also called Foreign Minister/Deputy Prime Minister Avigdor Lieberman Israel's "greatest problem," a "despicable" man Israel should "get rid" of. "It is up to them, not us. If they don't, Israel's problems will only get worse."

"Hamas is not a terrorist organization. They are people defending their land. It is a movement that entered the elections and won," adding that conflict resolution is impossible without them.

Crimes of War and Against Humanity under Netanyahu

A November Public Committee Against Torture in Israel (PACTI) explains some, titled "When the Exception Becomes the Rule: Incommunicado Detention of Palestinian Security Detainees." Many, in fact, are uncharged or only accused of minor offenses because no seriously incriminating evidence exists, yet they're held and brutalized anyway.

Moreover, Israeli and international law recognize the right of detainees "to meet and consult with an attorney," a fundamental due process principle Israel flaunts. Yet its Basic Law: Human Dignity and Liberty affirms it. So does IDF Order Regarding Security provisions (No. 378) 5730, 1970.

In addition, in Israeli legal discourse, incommunicado detentions are considered draconian, causing great harm, including to rule of law principles. It's intended only under emergency conditions or in unique cases "in which (the) alleged harm and damage justifies the prevention of this consultation." As a result, civilized societies rarely use it. For Israel, it's standard practice against people too powerless to resist.

Decades of evidence "show that the right to meet an attorney is systematically denied to Palestinian detainees....undergoing interrogation by General Security Services (GSS)." Israeli military code justifies it as a way to "benefit" interrogations and/or the "security of the area."

Israel won't disclose how many are affected. PACTI, however, learned that minimally it's many hundreds or even thousands annually, especially since October 2000, the onset of the second Intifada. As a result, denial of attorney consultations are "routine practice," no matter how illegal and unjustifiable. Israel pays rule of law principles no heed, not now, not ever.

Its November one evaluated over 1,000 detainee cases, concluding that:

-- from 70% to 90% were held incommunicado during their entire interrogation or a portion thereof;

-- affidavits from those held said they were subjected to "systematic violence, torture and/or psychological ill-treatment" to admit guilt;

-- "significant gaps were found between the justifications given by the GSS for demanding" incommunicado detentions and "the content of the final indictments," mentioning minor violations only that most often are bogus or inconsequential;

-- despite intervening for justice, PACTI's "involvement (most often) was....completely ineffective;" unable to dissuade GSS from acting lawlessly; and

-- incommunicado detentions empower GSS at the expense of rule of law justice. Palestinians get none no matter how much pressure is applied on their behalf.

These abuses won't end unless sustained international and grassroots efforts force it. Israel is already shamed. Legal, political, economic and cultural measures must take it to the next level, the way South African apartheid was toppled, though what replaced it left poor Blacks worse off than before, victimized by predatory capitalism.

They, Palestinians, and all exploited people deserve better, but wishing won't make it so. Bare-knuckled activism is needed, restoring democratic values Israel won't tolerate, at the same time exposing its lawlessness and status as a world class terror state, preying on vulnerable Arabs on false national security grounds.