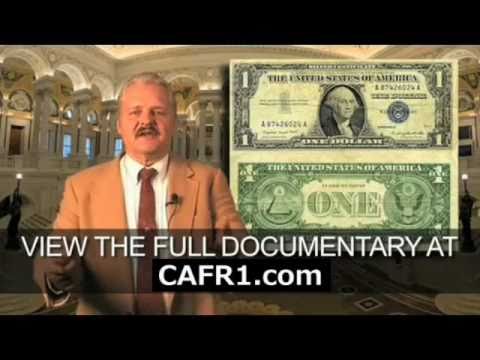 The United States: A Corporation

The United States is a corporation...

If you really want to understand why this is true, then you will have to look at each of the following pieces of the puzzle... This will take a lot of your time and more importantly, the suspension of your idealism and belief. That is hard.

Let's focus on proving the corporate structure of the Federal Government, so that there is no doubt in your mind...

Here is the first carrot that I will dangle in front of you to get you to keep reading! This is from the U.S. CODE.

(A) a Federal corporation;

So when did this happen...?

First, understand that the "United States" Federal corporation is a ten mile stretch of land that is not one of the 5o states united, and that this was mandated in Article 1 Section 8 of the Constitution.

Team Law down in SoCal has a great fact-sheet printed here... read this to get an understanding of the corporate setup of D.C, by charter in 1801:

Note that this Article only gave the federal government authority over the D.C. land - not to exceed 10 miles square. This is the corporate structure that is the Federal Government. Note that the Government is not allowed to "own" land outside of this 10 mile D.C. area. Also, states are not authorized to "own" land either. So all federal lands, state parks, national parks, etc... are not "property" of the constitutional government.

But a corporation... which the Supreme Court now says is a person too with first amendment rights... that becomes a whole other can of worms!

Now, as referenced above, "The Act of 1871" (Google this term for other pdf files which explain this in more detail, but watch for misinformation as well). It does seem like a redundancy, as mentioned above. Though it does seem to join the few "municipalities" of Washington D.C. into one "municipal corporation".

Interestingly, the Constitution Act of 1871 was passed in Canada the same year, confirming the Queens rule over Canada through Parliament.

Equally as intriguing is this info which says that English Parliament changed the social security system in the United States. It is very hard to except that the history we have learned is false. But until we do, we know nothing but false history, written by the "victors". Also check out the "Treaty of Peace" (as referenced in this article, and the "Treaty of 1213", showing the Vatican owns the Crown.

Check out all of the articles on this site when you have time:

Like this one which is congressional record referring to the bankruptcy, dissolving of, and reorganization of the United States corporation:

It is also very hard for most to imagine that the constitution that we hold so dearly is not a very good document. It takes away freedom as much as it grants it. The only true freedom is God-given, natural law, not a peace of paper. Besides, most politicians only take a verbal oath, but they do not turn it in in writing, which is what contracts them to the oath... Big grand jury's going on up in Utah here about that, since about 75% of our government is not sworn in on paper (lawfully). In fact, one of our smaller towns recently passed a code that says legislatures and government workers are not bound by any oath they take. It is city law in Tremonton, Utah!!!

For instance, why would anyone think that the 5th amendment is a good thing, or even idealistically "constitutional"?

"...nor shall be compelled in any criminal case to be a witness against himself, nor be deprived of life, liberty, or property, without due process of law; nor shall private property be taken for public use, without just compensation."

This last part is called the "Takings Clause", and is what eminent domain is largely based on - taking property and land with "just compensation". Who decides what "just compensation" is? Why the very government that is doing the "taking"!

Right under our noses...

Now to the 13th amendment:

Section 1. "Neither slavery nor involuntary servitude, except as a punishment for crime whereof the party shall have been duly convicted, shall exist within the United States, or any place subject to their jurisdiction."

Section 2. "Congress shall have power to enforce this article by appropriate legislation."

The statement "except as a punishment for crime whereof the party shall have been duly convicted" nullifies the former and later statement that slavery is illegal. This didn't outlaw slavery... it legalized state sanctioned slavery while outlawing private individual ownership!

The constitution is full of these "except" clauses, which is why this holy worship of the constitution is ridiculous in my mind, and why it needs to be rewritten for modern times, not just reinstated. For once in history, the problem with a legal document is that it does not have enough small print!!!


Here is my blog about this:

I highly recomend it.

Even worse, the "Federal Prison Industries" website is the "Amway" or "Wallmart" for the corporate U.S. slave prison system, called Unicor. Basically, the private prison system is huge. It relies on the courts to ensure a continuous influx of "prisoners" or "slaves" to build the products which the Federal Prison Industries sells. Think jobs are outsourced to India, check out the jobs outsourced to the prison industry!

***Also, the most important legal term you can understand is "CONSENT". This is a must read. It also shows that the whole of the Internal Revenue Code is not statutory law, and in fact is Prima Facie law, meaning it is presumed law, meaning it is only law with the free peoples consent. Please, please read this. It will change your whole perspective on what law is and how if affects you.

But aren't the courts there to ensure justice against government tyranny, you know, the whole checks and balances thingy?

The biggest mistake you can make is to get an attorney (plead incompetence and inability to represent yourself and become a ward of the court) and then go into court to fight anything (consent to the corporate court and its non-statutory legal codes - not law). Why?

You must understand that the courts are also private corporations. In fact, in Los Angeles they did a freedom of information act and found out that the judges down there build and own the private corporate courts, rent them out to the government for millions of dollars, and write checks on dummy and city "municipal" accounts that are not registered with the IRS! In other words, the court system is a money laundering system. This is happening all over the U.S. It involves the crime families as well, and even the Mormon Church (Mormon Inc. - a for-profit private corporation).

Watch these videos (though they are of horrible quality and production, they is very revealing):

So we see that the courts are indeed private corporations, just like all governments across the country.

Understanding the difference between what is lawful and what is legal is paramount. They are two different concepts, one natural law and one corporate law (legality and code) with the peoples' consent needed.

If this doesn't do the trick, then I am almost all out of tricks. If you haven't watched The Corporation Nation, now would be the time. The movie will explain the rest, and explain the general accounting system for government, the CAFR.

My Christmas Gift to you, the gift of truth and comprehension!