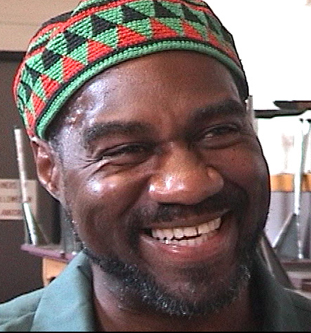 A previous article discussed his case, accessed through the following link:

For centuries in America, mass incarceration has been used for social control. In the 1600s, laws distinguished Blacks from Whites. Slavery existed until 1865. After the 13th Amendment abolished it, Blacks, like other people of color, were still denied due process. They still are, victimized by prosecutorial harshness, judicial unfairness, repressive drug laws, get tough on crime policies, guilt by accusation, three strikes and you're out, and poverty preventing a competent defense.

Muntaqim, formerly Anthony Bottom, is one of many thousands of victims, wrongfully imprisoned since 1971 for a crime he didn't commit.

At age 19, he and Albert Nuh Washington were arrested in San Francisco on August 28, 1971, charged with the May 21, 1971 killings of two New York City police officers (Waverly Jones and Joseph Piagentini). On April 28, 2000, Washington died in prison. In 1973, Herman Bell was also arrested and charged along with Gabriel and Francisco Torres. The two brothers were later acquitted for lack of evidence. Muntaqim, Washington and Bell became known as the New York Three.

After a mistrial, they were convicted in 1975 of first degree murder, weapons possession, and conspiracy despite inconsistent fraudulent evidence, based on perjured testimonies and a deal between prosecutors and a key witness.

The entire process mocked justice. Disclosed COINTELPRO documents named them as Black Liberation Army (BLA) and Black Panther Party (BPP) members. They were targeted to be "neutralized" for their activism against injustice, a war raging today against Muslims and others challenging political and economic unfairness.

Muntaqim's legal challenges were denied. So were his 2002, 2004, 2006 and 2009 parole requests despite his innocence, exemplary prison record, and community support. Imprisoned for nearly 40 years, systemic injustice may let him die there, guilty of being poor, Black, and politically activist for justice, making everyone like him vulnerable.

Periodically and more recently, he's been unfairly harassed. Last summer, he was isolated for two weeks on false contraband charges. He also lost his Honor Block privileges. As a result, he filed a grievance, seeking reconsideration of his case. Harassment followed.

He was denied for not supplying required documents to the superintendent, the accused correctional officer, and state attorney general despite proof he properly sent them. In fact, his mail wasn't delivered, willfully sabotaging his challenge.

On December 30, four correctional officers harassed him while trying to make a phone call. They performed a full body search, ordered a urine sample, took height and weight measurements, and delayed him long enough for others to trash his cell. On return, it was in disarray.

A 72-hour investigation followed. No explanation why was given. On January 3, heading to drafting class, a guard stopped him under orders to deny him entry, sending him back to his block. Deputy superintendent security orders then prohibited his entering school premises and participating in Friday religious services. At issue is why a man with an exemplary prison record is being investigated and harassed.

Muntaqim is a student and instructor, teaching weekly poetry classes. Though uncharged, he's gotten no information why an investigation was undertaken. Nonetheless, he's been locked down and denied access to important prison areas because he dared challenge false charges.

Clearly, authorities want to grind him down, wear him out, and let him rot in prison until he dies, another innocent man denied justice, another important voice silenced.

He can be reached at the following address: