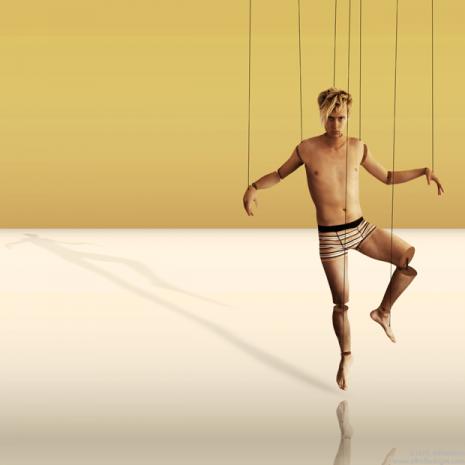 Three previous articles relate to this one, accessed through the following links:

Despite his 15-year reign of terror and current corruption, embezzlement, money laundering, and perhaps assassination charges, he "retains ambitions of returning to the presidency," according to one of his lawyers, Reynold George saying:

"He is a political man. Every political man has political ambitions." Asked if he wishes to return to power, George replied, "That is right. Because under this new constitution, and let me tell you I am one of the persons who wrote that constitution, he has the right to do so (under) two mandates. Two!"

When asked about charges against Duvalier, George cited the statute of limitations expiring in 2006, saying:

"I am a lawyer, not a racketeer. I have to go by the law. And I have just told you what the law says about accusations. You have to make them in due time. After ten years? Shut up!"

He added that Duvalier "has no intention of leaving Haiti. We want to answer all the requisitions of justice because we want to be cleared."

On January 20, Gervais Charles, another Duvalier lawyer, told Radio Canada that charges of crimes against humanity were invalid because "it is a principle that does not exist" in Haitian law. He also stressed that in 25 years of exile, no complaints were lodged against him.

Asked about Duvalier's arrest, Master Ronald Charles, Dean of the Bar of Jacmel, said doing so is illegal and arbitrary. Legal procedures weren't followed. "(G)overnment commissioner of Port-au-Prince, Master Augustus Aristides, after all the tests, had to issue a warrant before his arrest," adding that Haiti's 1987 Constitution doesn't recognize Duvalier's exile.

If so, it's also true for Aristide, but Charles stopped short of explaining. However, he said it's possible for Haitian authorities to issue proper complaints.

-- Haiti's lack of separation of powers;

As a result, CPH wants a special independent tribunal established to try Duvalier, among other charges, for crimes against humanity for which he's indisputably guilty, regardless of what complicit lawyers say.

Prosecutions of Nazi, Japanese, and more recent war and crimes against humanity offenders weren't constrained by sovereign laws. Under international law, universal principles take precedence, especially for murder, genocide, and crimes or war and against humanity under the Convention on the Non-Applicability of Statutory Limitations to War Crimes and Crimes Against Humanity.

In addition, the Rome Statute of the International Criminal Court's (ICC) Article 29 states crimes of war and against humanity "shall not be subject to any statute of limitations." Moreover, all crimes considered exceptionally grievous are included, including murder, and capital or first-degree murder (killing with intent or malice).

Clearly Duvalier's lawyers haven't checked the laws or don't wish to for obvious reasons. However, anyone can read and understand them.

Does Duvalier, in Fact, Seek Power?

He "disputed reports by one of his lawyers and a former government functionary (claiming) he had presidential ambitions." In a prepared statement, he said, "I formally deny all political statements, vague or otherwise that are attributed to me," stopping short of specifically denying he'll run for president, apparently permitted under Haiti's Constitution even for a former despot.

What's ahead is anyone's guess, but some issues are clear. Duvalier faces no serious prosecution threat. At most, he'll be hand-slapped, perhaps agree to return pennies on the dollars he stole, but be able to stay or leave as he wishes and remain free in luxury until all issues against him are resolved.

In a January 21 email, Law Professor Francis Boyle commented on his arrival, saying:

"No way Baby Doc could have returned without connivance/permission by Obama and Sarkozy. Obviously, they plan to reinstall (him) as Dictator and Front-Man. And Obama/Sarkozy have denied the right of President Aristide to return. But I am confident that the Haitians have such a great revolutionary tradition that they will find another Toussaint L'Overture to throw out Baby Doc/Obama/Sarkozy - just as they threw out Napoleon supported by Thomas Jefferson, the slave-owner. In that regard, Obama is a 'worthy' successor to Jefferson - denying the Haitians their Right to Self-Determination" as he did by refusing recognition, fearing US slaves also might seek freedom.

Al Jazeera reports that four Haitians, including a former UN spokeswoman for Secretary-General Ban Ki-moon, Michele Montas, filed criminal charges of torture and other abuses against Duvalier with a Port-au-Prince prosecutor.

"We have lodged lawsuits for arbitrary detention, exile, destruction of private property, torture and moral violation of civil and political rights. There are grounds not only to judge him for economic crimes but also for human rights abuses."

According to Amnesty International (AI):

"If true justice is to be done in Haiti, the Haitian authorities need to open a criminal investigation into Duvalier's responsibility for the multitude of human rights abuses that were committed under his rule including torture, arbitrary detentions, rape, enforced disappearances and extrajudicial executions."

However, chances for that are virtually nil. Boyle is right. Duvalier's arrival wasn't happenstance. It was arranged by allies in high places, notably in Washington with French complicity, for what precisely will unfold ahead. The rhetoric about charges lodged will mostly disappear. Duvalier came for a purpose relating to power politics, not to visit or be charged.

As for Aristide's returning, State Department spokesman PJ Crowley said it's the "last thing Haiti needs (with) its hands full dealing with the current ongoing election process. And we do not think that any actions by an individual at this point that can only bring divisiveness to Haitian society is helping Haiti move forward - expressly because the Haitian people need the emergence of a new government that they believe, and have confidence, can lead Haiti to a more prosperous future."

Acting Deputy State Department spokesman Mark Toner said focus should be on Haiti's future and resolving its election. Aristide "is not really part of that equation."

Wishing only to return for health reasons and to help as a private citizen, his arrival would seem like the second coming for most Haitians who revere him and want him back. That's precisely why Washington prevented it since ousting him in February 2004.

Mid-January released WikiLeaks cables showed pressure exerted on Brazil in June 2005 to keep Aristide out. Then and now it headed the hated Blue Helmet occupiers Haitians want removed. Access the documents through the following links:

After US officials expressed "concerns" (read demands), "GOB (government of Brazil) officials made clear continued resolve to keep Aristide from returning to the country or exerting political influence, and reiterated Brazil's strategy that security, assistance and political dialogue should move in tandem as priorities in the international effort."

In other words, former President Lula, a supposed left of center leader and one time union leader, conspired against democracy for repressive occupation and denying Aristide his legal right of return as a Haitian citizen.

Washington pointedly "insiste(d) that all efforts must be made to keep (him) from returning to Haiti or influencing the political process...." Brazil agreed to help, Antonio de Agular Patriota, Under Secretary-General for Political Affairs of the Ministry of External Relations said:

"(T)he mere fact of Aristide's existence will always be problematic in terms of his influence on some elements of Haitian society, however much the international community works to isolate him. That said, the GOB had been encouraged by recent South African Government commitments to Brazil that the GSA would not allow Aristide to use his exile there to undertake political efforts. It always remains important to include in political dialogue those elements of Lavalas that are willing to 'leave Aristide behind them.' "

Obama embraces the same Bush agenda, flaunting international and US law, denying Haitians democratic freedoms, Aristide his right to return, and if Boyle is right, conspiring with France to reestablish Duvalier despotism, exacerbating Haiti's many other problems.