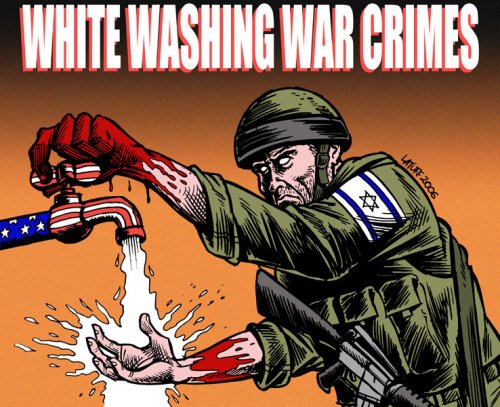 Last May 31, Israeli commandos attacked and murdered nine or more activists, injuring dozens in international waters on board the Mavi Marmara mother ship, one of five bringing humanitarian aid to besieged Gazans. An earlier article explained, accessed through the following link:

Two earlier articles discussed it, accessed through the following links:

Like similar Israeli and Washington commissions, it was established for coverup and denial. As a result, it unanimously endorsed bald-faced lies, distortions, omissions, false conclusions, and exoneration of cold-blooded murder, as ordered by top Israeli government and military officials who'll get off as usual scot-free. The outcome was preordained as was Israel's Cast Lead whitewash.

In the first part of its report, the Turkel Commission absolved Israeli commandos of criminality. It "also determined that Israel's (illegal siege) does not break international law....(and) there were clear indications that the flotilla intended to break the naval blockade....By clearly resisting capture, the Mavi Marmara had become a military objective," despite on board activists offering no resistance. Saying so was a lie.

Moreover, the Commission "determined that Israel had been in compliance with (its unilaterally imposed) conditions for such a blockade," a clear oxymoron. It also suggested Israel "examine the medical needs of the people of Gaza in order to find ways to improve the current situation....focus(ing) its sanctions on Hamas while avoiding harm against the civilian population."

Omitted was admitting the siege's illegality or that Hamas is Palestine's legitimate government, obligated to serve, protect and defend its people. Sanctioning it for doing its job is criminal and inhumane.

In several months, the report's part two will be out, discussing Israel's procedures for investigating its international law violations, as well as the government's decision-making process ordering the assault.

Based on eye witness testimonies, forensic evidence, video footage, and other photographic material, it:

"concluded that a series of violations of international law, including international humanitarian and human rights law, were committed by the Israeli forces during the interception of the flotilla and during the detention of passengers in Israel prior to deportation....The preponderance of evidence from impeccable sources is far too overwhelming to come to a contrary opinion."

-- torture or inhuman treatment; and

In emergency session ahead of its investigation, the HRC criticized Israel's "outrageous attack on aid ships attempting to breach a blockade on the Gaza Strip," calling it "piracy, (an) act of aggression, (a) brutal massacre, (an) act of terrorism, (a) war crime, (a) crime against humanity - unprovoked, unwarranted, atrocious, (and) brutal." It described activists onboard as "peaceful, innocent, noble, unarmed, (and) defenseless, setting a hopeful tone for a Goldstone Commission-like investigation and conclusions."

Following its own investigation, Turkey's report (like the HRC mission) held Israel entirely culpable, accurately concluding what actually happened, not Israel's web of lies and coverup, its speciality.

"Israeli officials expressed hopes that the (panel's) conclusions....would vindicate Israel and win it at least some foreign support, quoting Netanyahu spokesman Mark Regev saying "the findings....are clear: Israel acted in justifiable self defense. Our soldiers acted to protect themselves and to protect their country."

Video footage, said Kershner, "showed Israeli naval commandoes being set upon as they rappelled from helicopters onto the ship's deck. Some soldiers had their equipment seized, and the commission found that two were shot during the melee, but it said it was unable to determine whether (Turkish) activists brought their own firearms on board."

False on all counts. What, in fact, happened was opposite of what Kershner reported. No one on board had arms. Israeli commandos killed activists before coming aboard, then with photos of ones targeted, they shot them at point blank range.

"The claim by Israel's Turkel Commission that Israeli forces acted legally when they killed nine people (and) left another brain dead, will be laughed out of court by all but the Israeli government and its most fanatical supporters."

"This whitewash commission was set up by the Netanyahu government, the same people who commissioned the assault on the aid ship....Israel has refused (to cooperate with an) independent international inquiry and instead was brazen enough to establish this farce. No Turkish official, lawyer or representative was allowed to take part," even though its citizens were killed....However hard the Israeli Government attempts to rewrite history, they can't rewrite the truth."

Dealing only with Israel's blockade, the Gisha Legal Center for Freedom of Movement said "No Commission of inquiry can authorize collective punishment of a civilian population by restricting its movement and access, as did Israel."

"We disagree with the Commission's conclusion that the restrictions were justified for military or 'strategic' reasons." It's unjustifiable to claim preventing "the transfer into Gaza of industrial margarine, paper, and coriander (among other non-military staples) contributed to a legitimate military goal."