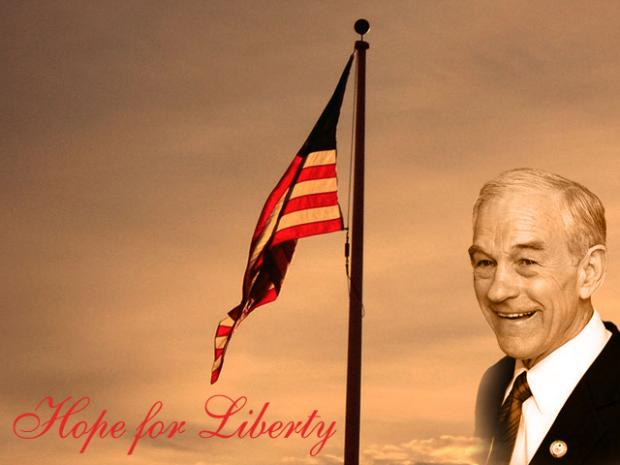 I am pleased that the Constitution has received a lot of attention in recent weeks, thanks to the Tea Party movement. The 112th Congress kicked off with a reading of the Constitution on the floor of the House. It goes without saying that members of Congress should have read the Constitution many times and should continue to study it. Citing the particular clause of the Constitution that authorizes newly introduced legislation is a reasonable suggestion. Yet in reality it will do little to restrain unconstitutional growth of the federal government. We've had such rules in the past and no benefit came of it.

The laws that are passed reflect the preferences and personal agendas of those in charge. For too long those agendas have expanded government at the expense of personal liberty regardless of which political party was in charge. This expansion of government clearly violated the Constitution, yet it was always argued that this or that program somehow conformed to that 'living document.' By misinterpreting the General Welfare Clause, the Interstate Commerce Clause and the Necessary and Proper Clause, Congress has justified every conceivable expansion of the federal government. Congress also has misinterpreted the 14th Amendment and legislated as though it had repealed the 10th Amendment.

Sadly, Congress has also systematically abdicated its prerogatives and responsibilities to the executive branch over many decades. Too many people in and out of Congress grew up being taught that the Constitution was a modern, living document. Though the authors allowed for flexibility through the amendment process, this process has been ignored for the sake of speed and convenience. As a result the Constitution now has little actual meaning.

Our Constitution should be viewed as law and members of Congress should be expected to follow, respect, understand and uphold the law. But a document is 'just a piece of paper' and those who represent us and promise to obey it, ignore it instead. Celebrating the Constitution without this understanding will do nothing to restore the greatness of America. Simply praising the document distracts from the need for members to resist special interests, political self-interest, emergency needs in times of crisis, fear-based economic myths, and the persistent temptation to seek security over liberty while ignoring personal responsibility and self-reliance.

I wonder, will this welcome renewed interest in the Constitution lead to a healthy reassessment of all our political policies? Will there be no more wars without an actual Congressional declaration? Will the Federal Reserve Act be repealed? Will only gold and silver be deemed legal tender? Will we end all unconstitutional federal departments, including the Department of Energy, Education, Agriculture, Commerce, Health and Human Services, Homeland Security, and Labor? Will the PATRIOT Act be repealed and all warrantless searches stopped? Will the TSA be abolished? Will the IRS's unconstitutional collection powers end? Will executive and judicial quasi-legislative powers end? Will we end the federal War on Drugs? Will we end the federal government's involvement in medical care? Will we end all the federal government's illusionary insurance programs? Will we ban secret prisons, trials without due process, and assassinations? Will we end our foreign policy of invasion and occupation?

For America to once again become the standard for a free society, our love of liberty and desire for peace must far surpass any public display of fidelity to the Constitution. We must first look to strong moral character, respect for the rule of law, and an understanding of the proper role of government in a free society.

Arizona's Election Must Be Redone:

Our Great Constitution Is Used As A Front For Traitors?

The Rebuilding of America, Part 2

Once Americans Lose the Right To Bear Arms, They Will Never Regain It

The Meaning of Inalienable

With America Transformed Into A Land Of Lifeless Zombies And Biden And His Leftist Mob...

Why Have a Constitution If You Just Ignore It?