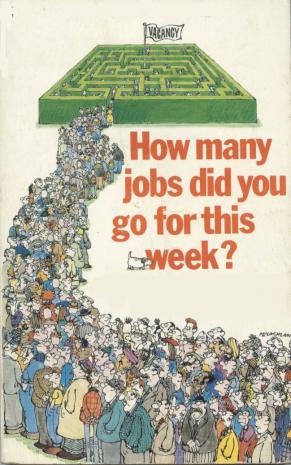 America's Dire State of the Union - by Stephen Lendman

Like last year, Obama's address was empty rhetoric, signaling business as usual with a twist - more than ever embracing reactionary extremism, promising harder than ever hard times on Main Street.

Last year, an earlier article discussed his first State of the Union address, accessed through the following link:

Released prior to the address, Rep. Paul Ryan's response stressed "work(ing) with the President to restrain federal spending," saying "(o)ur debt is out of control. What was a fiscal challenge is now a fiscal crisis."

His message was clear - reward the rich, soak working Americans, and fund America's war machine generously, an agenda enjoying bipartisan support, very much so by Obama clearly signaled in rhetoric and policy.

"What government should not do is pile on more taxation, regulation, and litigation that kills jobs and hurts the middle class....Today the federal government is simply trying to do too much....The circumstances of our time demand that we....restore and proper, limited role of government at every level."

Like Ryan and Obama, he's pro-business, pro-elitist, pro-war and anti-populist, but so are most Democrats - together responsible for harder than ever hard times for working Americans they plan to worsen, not ease.

MSNBC's Chris Matthews caalled Obama "seductive" while Rachel Maddow said his address was "more of a CEO-style pep talk/prayer to the free market, to the nation building in our own nation." She added that he defined the political center "not so much by what's wrong with both sides, but by what Mr. Obama likes from each party's wish list." Other MSNBC hosts and analysts also expressed strong support.

"President Obama sought to rouse the nation from complacency....urging innovation and budget reforms that he said are vital to keep the United States a leader in an increasingly competitive world."

A New York Times editorial headlined, "The State of the Union," saying:

"Mr. Obama's speech offered a welcome contrast to all of the posturing that passes for business in the new Republican-controlled House....At times, (he) was genuinely inspiring with a vision for the country to move forward with confidence and sense of responsibility. Americans need to hear a lot more like that from him."

While he wasn't entirely progressive, he was "far less deferent to conservative demands than had been predicted just a few days ago," stressing "One Nation" unified "behind a 'winning the future' agenda."

In contrast, Fox News hosts and guests panned his address, as well as through Fox Nation's live chat while he spoke, sharing largely critical Twitter comments.

His address "can't erase the fact that in his first two years (he) has overseen an historic expansion of government," including increasing federal spending "to as much as 25% of the economy from a modern average between 20% and 21....A better economy requires policies that reward work and innovation, while letting capital flow to the companies and individuals with the best ideas."

"What is the state of the union? You certainly couldn't tell from that platitudinous hogwash (Obama) dished out Tuesday evening....he was mealy-mouthed in avoiding the tough choices that a leader should delineate in a time of trouble....He had the effrontery to condemn 'a parade of lobbyists' for rigging government after he appointed (JPMorgan Chase's) top" one as new chief of staff."

His speech "was a distraction from what seriously ails us: an unabated mortgage crisis, stubbornly high unemployment and a debt that spiraled out of control while the government wasted trillions" bailout out rogue bankers that caused the economic crisis. Our nation is "divided between those who agree with Obama that 'the worst of the recession is over,' and the far greater number in deep pain" he's ignoring.

As a candidate, Obama promised change, a new course, progressive reforms, addressing people needs, ending US imperial wars, assuring a better future for working Americans, and much more he reneged on in office.

As a result, hope became disillusion, frustration, and anger for growing millions facing harder than ever hard times, including lost homes, jobs and futures knowing what pundits and politicians won't say - that Obama (like most Democrats and Republicans) represents business as usual, a reality speeches can't change.

State of the Union rhetoric aside, his agenda embraces:

-- power and elitism over popular needs;

-- austerity and harder than ever hard times for suffering millions, including middle class Americans targeted for destruction;

-- the worst of predatory capitalism, including freeing business from regulatory restraints;

-- generous tax cuts for corporate America and the rich;

-- rewarding Wall Street and other corporate favorites at the expense of Main Street;

-- sacrificing full-time high-paying good benefits jobs for part-time low-paying ones without them;

-- increasing unemployment, homelessness, hunger, and despair for growing millions getting little or no government aid;

-- destroying public education by making it a business profit center;

-- letting public need reach levels unseen since the Great Depression, pretending he cares when he doesn't.

That's the real state of the union. For growing millions, it's dire, desperate, worsening, and repressive with no public agenda for progressive reforms and promised change because bipartisan support rejects them.