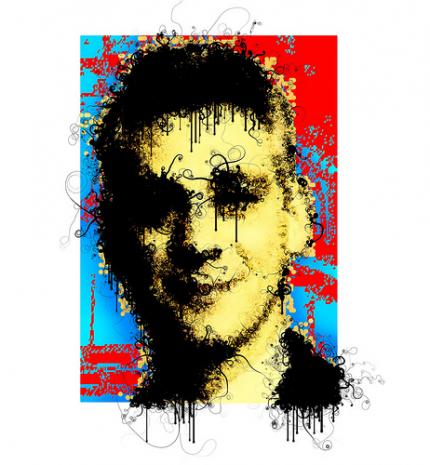 On February 22, Chicago's mayoral primary will be held. If no candidate gets over 50% of the vote, an April 5 runoff will be held, the winner's term running from May 16, 2011 - May 18, 2015. Democrats dominate city politics. The last Republican mayor ("Big Bill" Thompson) left office in 1931. The Great Depression ended their rule when Anton Cermak took over, built a strong constituency among African Americans, and consigned Republicans to small pockets on the city's far northwest side and suburban areas post-war.

Richard J. Daley and his son Richard M. (current incumbent leaving office after six terms) ran Chicago like Republicans for over 43 of the last 55 years. If elected, so will Emanuel as a previous article explained, accessed through the following link:

Born in Chicago, his political career began in a number of capacities in local and national politics, including:

-- in 1988, as political director for the Democrat Congressional Campaign Committee (DCCC), and

He joined his 1991 primary campaign, worked in his "War Room," and served as senior advisor from 1993 - 1998. Initially he was Assistant to the President for Political Affairs but was fired for his profane, abrasive style, rubbing many around him the wrong way. It earned him the nickname "Rahmbo."

Nonetheless, he recouped by lobbying Congress for NAFTA, worked to reinvent Clinton as a centrist, and became a leading White House strategist. Politico called him "a consistent voice for anti-crime measures, welfare reform and other initiatives that pushed against liberal orthodoxy," besides being one-sided for Israel and pro-business, essential credentials for aspiring politicians.

From 1999 - 2002, he was managing director for the Chicago investment bank firm Dresdner, Kleinwort, Wasserstein, earning a reported $18 million, a near impossible feat for a newcomer leaving some to ask how. After being elected to Congress, he left, his first term beginning on January 3, 2003.

In 2005, he was named Democratic Congressional Campaign Committee (DCCC) Chair, heading fundraising efforts to increase the party's congressional representation, saying in his new role "winning is everything." On November 6, 2008, Obama named him chief of staff. With the nation facing economic depression, he told the Wall Street Journal:

"You never want to let a serious crisis go to waste. What I mean by that is that's an opportunity to do things you couldn't do before." He didn't mean populist ones.

In Congress, he was the fourth ranked House Democrat. A hawk, neoliberal, and pro-Israeli hard-liner, now deceased Chicago activist/investigative reporter, and founder and chairman of the Citizens Committee to Clean up the Courts, Sherman Skolnick, called him the "acting deputy chief for North America of Mossad."

His father, Benjamin Emanuel (changed from Auerbach in 1936 by his grandfather Exekiel), a Jerusalem-born pediatrician, was involved, pre-1948, with smuggling weapons to the Irgun. The terror group, headed by former Prime Minister Menachem Begin, conducted regular massacres and targeted assassinations, including the infamous 1946 King David Hotel bombing, killing 91 and injuring dozens more.

Emanuel is as hard line as his father, dismissive of Palestinian interests, and in 1991, served as a civilian IDF volunteer during the Gulf War. It's believed he holds dual citizenships, a dubious status for any US politician, especially influential ones.

In Congress and as chief of staff, he supported Israel's illegal belligerency and occupation, as well as being shamelessly pro-war and neoliberal. He's for business, not populist interests, his abrasive style alienating him from anyone with opposing views.

"To the DLC mind, Democrats are catering to 'special interests' when they stand up for trade unions, regulatory consumer-investor protections, a preemptive peace policy overseas, pruning the bloated military budget now devouring (the federal budget), defending Social Security from Wall Street schemes, and pressing for universal health care coverage. So right-wing is the DLC....that even opposing Bush's tax cuts for the wealthy....is considered ultra-liberal and contrary to winning campaigns."

As mayor, Emanuel will govern accordingly. However, though far ahead in the polls, his residency status is at issue. A lower court ruled him eligible. The Illinois Appellate Court reversed the decision 2 - 1. Appealed to the state Supreme Court, it ruled unanimously for Emanuel on January 27, letting him run for mayor.

Letting his name stay on the ballot, it will soon decide his eligibility to run. "The developments capped a whirlwind 24 hours (that began) when the Appellate Court" ruled against him, "send(ing his) legal team scrambling to save his candidacy for Chicago's top office as opponents rushed to pick off potential supporters."

Illinois Law and Legal Opinions Ahead of the Supreme Court Decision

Seven justices ruled. Legal experts believed quickly. Long-time Chicago appellate attorney, Steve Merican, said "justices will give an answer in anywhere from 12 hours to a few days, though it's impossible to know for sure. But the fact that they took it early clearly is a positive for Emanuel."

He and other experts said, its options were as follows:

-- reinstating Emanuel regardless of legal residency, saying the Appellate Court overreached by interfering with the Chicago Board of Election Commissioners' decision; or, more likely,

-- issuing a "landmark ruling" on the matter, setting a precedent that could have national implications.

However, doing so was considered no guarantee for Emanuel. According to Mike Rathsack, an American Academy of Appellate Lawyers fellow:

"Underneath this all is probably the worry in the (Emanuel) camp that the court could affirm, with a holding that they are just following the law, and they can only deal with what the Legislature enacted, not what (it) intended to enact."

In their Supreme Court filing, Emanuel's lawyers called the Appellate decision arbitrary. They argued that by requiring candidates to be physically present, and failing to say if government service takes precedence, it blocked someone like Obama from running for local politics.

"Illinois has proudly provided the federal government with some of the most talented public servants in our nation's history. (They) include two presidents (Obama and Lincoln), who under the Appellate Court's decision could not return to Illinois following their presidencies and continue their public service as elected officials."

In fact, Illinois residency law dates from 1818, the same year it became a state, affirming candidate eligibility only for qualified voters who've "resided in the municipality at least one year preceding the election or appointment."

Previously, however, aspirants who moved away could demonstrate an intention to return by leaving their voter registration and driver's license unchanged as Emanuel did. Moreover, legal experts said courts never dismiss candidates' intentions out of hand.

According to Chicago attorney Michael Dorf, an election law expert:

"We've all been working under this absolute presumption based on cases of the last 50 years that intent was really the key. But the appellate court got rid of intent totally."

"There is a general theme in election law that when in doubt, you err on the side of democracy. If there is any doubt about the understanding of the statute, you interpret it so that you let the voters decide."

Nonetheless, both state and municipal codes leave some questions unanswered. For example, the latter says people who've been away performing military service remain eligible, and no one loses residency for engaging in "business of the United States."

According to Dorf, however, these provisions apply to voting, not office seeking, muddying the waters even more. He said the law specifically requires physical residency for at least 12 months without defining it or specifying the exact number of days. Nor does it say if maintaining voting eligibility is enough or what precisely is the "business of the United States." Nonetheless, Dorf expects a Supreme Court reversal, letting Emanuel run. Others agree.

Illinois law differs markedly from federal law, letting candidates run for Congress without establishing residency. In 2004, Maryland resident Alan Keyes was Obama's Republican Senate opponent. According to University of Illinois Professor Emeritus Kent Redfield, "About the only time (he) spent in Chicago was changing planes at O'Hare."

Early voting begins on January 31. Polls open on February 22. Ahead of the Supreme Court ruling, most experts believed Emanuel's eligibility would be affirmed, though Steve Merican said his lawyers "have the tougher row to hoe" making their case. "It's not an easy question. The majority (Appellate) opinion and the dissent both contained good rationale and good legal reasoning. It's not (a) slam dunk for either side." Smart money, however, picked Emanuel who'll likely be Chicago's next mayor, the office he's long sought.

A Revolution in Parking Is (Quietly) Spreading Across America