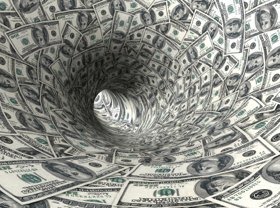 Economic default united states
I am writing in response to your request for an estimate by the Treasury Department of when the Statutory debt limit will be reached, and for a description of the consequences of default by the United States. <-see pdf Here! [bold emphasis added ED]

Never in our history has Congress failed to increase the debt limit when necessary. Failure to raise the limit would precipitate a default by the United States.  Default would effectively impose a significant and long-lasting tax on all Americans and all American businesses and could lead to the loss of millions of American jobs.  Even a very short-term or limited default would have catastrophic economic consequences that would last for decades.  Failure to increase the limit would be deeply irresponsible.  For these reasons, I am requesting that Congress act to increase the limit early this year, well before the threat of default becomes imminent.

As you know, in February of 2010 Congress passed legislation to increase the debt limit to $14.29 trillion. As of this writing, the outstanding debt that is subject to the limit stands at $13.95 trillion, leaving approximately $335 billion of "headroom" beneath the current limit.  Because of the inherent uncertainty associated with tax receipts and refunds during the spring tax filing season, as well as other variable factors, it is not possible at this point to predict with precision the date by which the debt limit will be reached. However, the Treasury Department now estimates that the debt limit will be reached as early as March 31, 2011, and most likely sometime between that date and May 16, 2011. This estimate is subject to change depending on the performance of the economy, government receipts, and other factors. This means it is necessary for Congress to act by the end of the first quarter of 2011.

At several points in past years, Treasury has taken exceptional actions to delay the date by which the limit was reached in order to give Congress additional time to raise the limit. These extraordinary actions include: suspending sales of State and Local Government Series (SLGS) Treasury securities;

SLGS are special purpose Treasury securities issued to state and local government entities that have cash proceeds to invest from their issuance of tax exempt bonds. There is no statutory or other requirement that Treasury issue SLGS, so Treasury may suspend SLGS sales during a debt limit impasse.
suspending reinvestment of the Government Securities Investment Fund (G-Fund)2; suspending reinvestment of the Exchange Stabilization Fund (ESF)3; and determining that a "debt issuance suspension period" exists, permitting redemption of existing, and suspension of new, investments of the Civil Service Retirement and Disability Fund (CSRDF)4. Treasury would prefer not to have to engage again in any of these extraordinary measures. Ifwe are forced to do so again, these measures could delay the date by which the limit is reached by several weeks. Once these steps have been taken, no remaining legal and prudent measures would be available to create additional headroom under the debt limit, and the United States would begin to default on its obligations.

In fact, even if Congress were immediately to adopt the deep cuts in discretionary spending of the magnitude suggested by some Members of Congress, such as reverting to Fiscal Year 2008 spending levels, the need to increase the debt limit would be delayed by no more than two weeks. The limit would still need to be raised to make it possible for the government to avoid default and to meet the other obligations established by Congress.

The national debt is the total amount of money borrowed in order to fulfill the requirements imposed by past Congresses and under past presidencies, during periods when both Republicans and
Democrats were in control of different branches of government. These are legal obligations, incurred under the laws of the United States. Responsibility for creating the debt is bipartisan, and responsibility for meeting the Nation's obligations must be shared by both parties.

As the ll2th Congress turns to this issue, I want to stress that President Obama believes strongly in the need to restore balance to our fiscal position, and he is committed to working with both parties to put the Nation on a fiscally responsible path. This will require difficult choices and a comprehensive approach to reduce the gap between our commitments and our resources. It will require that the government spend less and spend more wisely.
The President has already taken important steps, including enacting the savings in the Affordable Care Act; restoring Pay-As-You-Go budgeting; and undertaking a three-year freeze on non-security discretionary spending. The President's proposals would put us on a path to cut the deficit by more than half in the medium term, and substantially reduce the rate of growth in federal health care costs in the long term. The President looks forward to working with Members of the 112th Congress on additional measures to address our medium- and long-term fiscal challenges.

2 The G-Fund is a money-market-like defined-contribution retirement fund for federal employees. Amounts in the GFund are invested in non-marketable Treasury securities, and the entire balance of the fund matures daily. Treasury has authority to suspend reinvestment of all or part of the balance of the G-Fund when the Secretary determines that the fund cannot be fully invested without exceeding the debt limit.

4 The CSRDF is a government fund that holds and invests in nonmarketable Treasury securities to provide defined benefits to retired federal employees. Treasury has authority to redeem existing CSRDF investments and suspend new investments when the Secretary determines that the fund cannot be fully invested without exceeding the debt limit.

Because Congress has always acted to increase the debt limit when necessary, and because failure to do so would be harmful to the interests of every American, I am confident that Congress will act in a timely manner to increase the limit this year. However, for the benefit of Members of Congress and the public, I want to make clear, for the record, what the implications of a default would be so there can be no misunderstanding when the issue is debated in the House and Senate.

Reaching the debt limit would mean the Treasury would be prevented by law from borrowing in order to pay obligations the Nation is legally required to pay, an event that has no precedent in American history. Such a default should be understood as distinct from a temporary government shutdown resulting from failure to enact appropriations bills, which occurred in late 1995 and early
1996. Those government shutdowns, which were unwise and highly disruptive, did not have the same long-term negative impact on U.S. creditworthiness as a default would, because there was headroom available under the debt limit at that time.

I am certain you will agree that it is strongly in our national interest for Congress to act well before the debt limit is reached. However, if Congress were to fail to act, the specific consequences would be as follows:

• The Treasury would be forced to default on legal obligations of the United States, causing catastrophic damage to the economy, potentially much more harmful than the effects of the financial crisis of 2008 and 2009.

• A default would impose a substantial tax on all Americans. Because Treasuries represent the benchmark borrowing rate for all other sectors, default would raise all borrowing costs.
Interest rates for state and local government, corporate and consumer borrowing, including home mortgage interest, would all rise sharply. Equity prices and home values would decline, reducing retirement savings and hurting the economic security of all Americans, leading to reductions in spending and investment, which would cause job losses and business failures on a significant scale.

• Default would have prolonged and far-reaching negative consequences on the safe-haven status of Treasuries and the dollar's dominant role in the international financial system, causing further increases in interest rates and reducing the willingness of investors here and around the world to invest in the United States.

• Payments on a broad range of benefits and other U.S. obligations would be discontinued, limited, or adversely affected, including:

• U.S. military salaries and retirement benefits;
• Social Security and Medicare benefits;
• veterans' benefits;
• federal civil service salaries and retirement benefits;
• individual and corporate tax refunds;
• unemployment benefits to states;
• defense vendor payments;
• interest and principal payments on Treasury bonds and other securities;
• student loan payments;
• Medicaid payments to states; and
• payments necessary to keep government facilities open.
For these reasons, any default on the legal debt obligations of the United States is unthinkable and must be avoided. It is critically important that Congress act before the debt limit is reached so that the full faith and credit of the United States is not called into question. The confidence of citizens and investors here and around the world that the United States stands fully behind its legal obligations is a unique national asset. Throughout our history, that confidence has made U.S. government bonds among the best and safest investments available and has allowed us to borrow at very low rates.

Failure to increase the debt limit in a timely manner would threaten this position and compromise America's creditworthiness in the eyes of the world. Every Secretary of the Treasury in the modem era, regardless of party, has strongly held this view. Given the gravity of the challenges facing the U.S. and world economies, the world's confidence in our creditworthiness is even more critical today.

I hope this information is responsive to your request and will be helpful as Congress considers this important legislation.
Sincerely,

1 Comments in Response to Consequences of default by the United States by Timothy F. Geithner

And the consequences if we don't?

Ahead of Recession, California Faces a $25 Billion Budget Problem With Ongoing Deficits