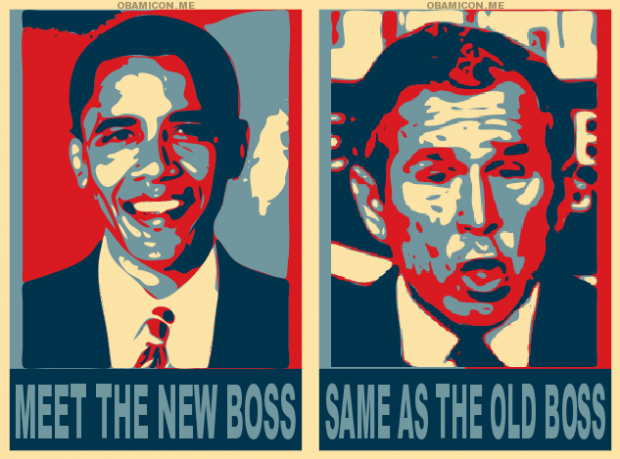 Revolutionary Change in Egypt: Internal or Made in USA? - by Stephen Lendman

US imperial policy includes regime change, affecting foes as well as no longer useful friends. Past targets included former Philippines leader Ferdinand Marcos, Iran's Shah (Mohammad Reza Pahlavi), and Iraq's Saddam Hussein, among others. According to some reports, Mubarak is next - aging, damaged and expendable.

"There is more (going on) than meets the eye." While media reports focus on reform, democracy and human rights, "revolutions, including this one, are made up of many more actors than (Facebook and Twitter) liberal voices...." Some are, in fact, suspect, using social network sites for other than purported reasons.

Like Iran's 1979 revolution, "the ideology and composition of protesters can wind up having very little to do with the" behind the scenes political forces gaining power. Egypt's military may be preparing to seize it. Former air force chief/civil aviation minister Ahmed Shafiq is new prime minister, tasked with forming a new government, and intelligence head Omar Suleiman is Egypt's first ever vice president under Mubarak, effectively second in command.

Moreover, Defense Minister Field Marshall Mohammed Hussein Tantawi "returned to Cairo after a week of intense discussions with senior US officials." He heads the Republican Guard, responsible for defending major government and strategic institutions, the symbols of entrenched power. Also back is Lt. General Sami Annan. Both men with others "are likely managing the political process behind the scenes."

As a result, expect more political changes, military commanders apparently willing to give Mubarak time to leave gracefully, but not much as unrest won't subside until he's gone.

Egypt's military is key as "guarantor of regime stability." It's never "relinquished its rights to the state" no matter who's president, made easier with popular support, unlike the hated police. But it's not a monolithic force, nor can it shake its history of mid-level commanders like Gamal Abdel Nasser seizing power. In 1981, Islamists and junior officers assassinated Anwar Sadat, elevating Mubarak to the presidency.

"The history of the modern Egyptian republic haunts Egypt's generals today. Though long suppressed, an Islamist strand exists amongst the junior ranks of Egypt's modern military." It could include "a cabal of colonels," seeing a chance to seize power to address longstanding grievances, especially regarding US and Israeli policies, or perhaps promise change but maintain continuity.

So far, no coup d'etat signs have emerged. While Egypt's military remains disciplined under a chain of command, "those trying to manage the crisis from the top cannot forget" their country's history of successful mid-level commander coups. Given Egypt's growing instability, another one is possible.

Washington and Israel are maneuvering for control. Egypt's fate, believes Friedman, "lies in the ability of the military to not only manage the streets and the politicians, but also itself."

He also said plainclothes Egyptian security forces are destroying public property, media reports blaming it on protesters. It also bears repeating - an overt police presence is absent, and military forces aren't stopping demonstrations or enforcing curfews, appearing to back (or at least not oppose) dissident groups instead.

Well-known in Washington, he's poised to become president after Mubarak. As intelligence chief, he was CIA's "point man in Egypt for renditions," the agency's snatch and grab policy against "terror suspects from around the world," sending many to Egypt, perhaps to disappear as Marjorie Cohn explained in her book "Cowboy Republic: Six Ways the Bush Gang Has Defied the Law," quoting a former CIA agent saying:

For the past three years, regime change plans have been ongoing, according to WikiLeaks released documents, accessed through the following link:

Dated February 2008 from the US Cairo embassy to Washington, they "disclose the extent of American support for" Mubarak opponents, saying "Egyptians need to replace the current regime with (the appearance of) a parliamentary democracy. Under undisclosed US control, of course, "several opposition forces - including the Wafd, Nasserite, Marama and Tagammu parties, and the Muslim brotherhood, Kifaya and Revolutionary Socialist movements - have agreed to support an unwritten plan for a transition to (a new order), involving a weakened presidency and an empowered prime minister and parliament, before the scheduled (September) 2011 presidential elections."

Though previously supporting Mubarak, the documents show US supporting backing forces while publicly praising him as an important ally. They also revealed regular contact with opponents throughout 2008 and 2009, planning regime change, but not what protesters have in mind.

In other words, democracy is messy and unreliable. Dictatorships are much easier to control, and when one despots proves unreliable or outlives his usefulness, replace him with another, perhaps smoothed by transitional authority.

Mubarak's time has passed. Business as usual is planned. Democratic rhetoric masks it, the same kind US audiences hear from leaders flouting it at home and abroad.

"I am very worried that the Americans have taken over the direction of the Egyptian revolution. Let us remember that all possible candidates to replace Mubarak (are US) handpicked....including (ElBaradei) as well as Army chief of staff Anan, or anyone else for that matter. Obama has proven once more that" America is the Arab world's strongest anti-democracy ally.

As a result, Arabs must be vigilant and "very cautious (about) what happens next. (America) wants to mortgage the freedom of all Arabs" to secure Western and Israeli interests.

Responding, AbuKhalil expressed less concern, saying: "there is (only) so much that the US can do to control the situation." However, he sees a "US coup at the top" because America and Israel want regime continuity without Mubarak. What follows depends on "how hard (Egyptians) press. (He) think(s) that they won't be fooled, even if the process of change take(s) a while, a year or more."

In other words, everything will change but stay the same. Regional turmoil, especially Egypt's, will only reshuffle the deck to look different when, in fact, neoliberal exploitation will persist, covert forces well positioned to assure it.

Moreover, skilled Western and regional media will keep US and foreign audiences fooled, assuring support for new Washington favorites thought different from old ones, when, in fact, they're the same.

1 Comments in Response to Revolutionary Change in Egypt: Internal or Made in USA?

Internal out of control of globalist elite.

However, the "El Baradei" solution is the globalist elites' "solution" to the problem they are pushing so hard it's retarded.

I hope the protesters reject the El Baradei puppet.

What will most likely happen is the protester leaders will be promised money and jobs in the Baradei administration and he will become the new leader.

New government, same as the old, "managed" by the global elite with some minor concessions.  It will buy them 2-8 years.  During that time Egypt will be the next target for the global matrix development efforts.