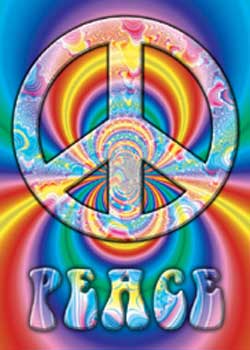 PHOENIX, Ariz. (Jan. 31) – People are ready to listen to a presidential candidate who is committed to proclaiming the message to stop all war, Libertarian writer and activist R. Lee Wrights told the Arizona State Libertarian Party convention Saturday in Phoenix.

“This message resonates outside the Libertarian Party,” Wrights told the Arizona libertarians. “Look at what young people are wearing,” he asked them to observe. “I see peace symbols everywhere. I feel like I’m back in the 60s.”

Wrights said an e-mail from a Norwegian man he received just before coming to the convention reinforced this belief. The man thanked him for an op-ed, “The state of the union is still a state of war,” featured on Antiwar.com.


“He probably didn’t even know I’m thinking of running for president, but he thanked me for the message,” Wrights recounted.

“We’ve got to stop all war in order to bring this country back to a stable position, economically and morally,” Wrights said. He is considering seeking the 2012 presidential nomination because he believes the Libertarian message in 2012 must be a loud, clear and unequivocal call to stop all war.


Wrights revealed he came to Arizona and will be visiting other state conventions and attending other Libertarian events, in order to determine if Libertarians would support that message, the primary focus of his exploratory committee effort.


Acknowledging his reputation within the party as a warrior Wrights told the convention, “It may sound odd for warrior to stand before you and preach peace. I know how it is to wake up every day angry, full of rage, and go to war.”

“I am not at war,” Wrights told the audience. “If enough of us say it, they can’t have them anymore,”

Wrights said that the Libertarian Party should stop trying to soften its message, or craft it in order to gain votes. “We did that in 2008 and nominated a celebrity (former Congressman Bob Bar) and what did it get us,” he asked. “About the same amount of votes.”


“What that tells me is that we might as well go on and be who we are,” Wrights proclaimed. “Libertarians spend way too much time defending ourselves because Democrats and Republicans are telling other people what libertarians are. We need to tell people who libertarians are – be it and live it.”

He said he is determined that whoever becomes the nominee in 2012, the presidential campaign has to have a true understanding of libertarianism and is committed to proclaiming a loud, clear and unequivocal libertarian message.


“Libertarianism is more than a political philosophy, it is a way of life,” he explained. “It is not just about getting into office. It is also about walking the walk.”


R. Lee Wrights, 52, a libertarian writer and political activist, is considering seeking the presidential nomination because he believes the Libertarian message in 2012 must be a loud, clear and unequivocal call to stop all war. To that end he has pledged that 10 percent of all donations to his campaign will be spent for ballot access so that the stop all war message can be heard in all 50 states. Wrights is a lifetime member of the Libertarian Party and co-founder and editor of the free speech online magazine Liberty For All. Born in Winston-Salem, N.C., he now lives and works in Texas.

For What It's Worth