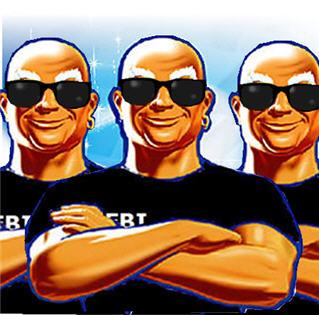 (2) long delays between violations and reporting them;

(3) types of violations involved, including:

(b) "abuse, misuse, or careless use of....National Security Letter (NSL) authority;" FBI, CIA and other government agencies use them (administrative subpoenas), demanding recipients turn over requested information and remain silent; no probable cause or judicial oversight is necessary;

(4) flagrant ones, including false declarations to courts, supplying bogus evidence to get indictments, and accessing protected documents without warrants.

Officially less than 800 violations were reported. In 2007, a Department of Justice Office of Inspector General (OIG) audit of only 10% of national security investigations found around 3,000, most never reported. A 2008 OIG audit discovered massive underreporting. EFF's analysis confirmed "as many as 40,000 violations" from 9/11 through 2008.

In 1976, Gerald Ford established the Intelligence Oversight Board (IOB) "with specific oversight responsibilities for the legality and propriety of US intelligence activities." Since created, its work has been mostly secret. After 9/11, it failed to report a single instance of intelligence misconduct, and in 2008, Bush removed its ability to refer violations to the Attorney General for criminal investigation or oversee intelligence operations, effectively making it impotent. Obama changed little, continuing lawless Bush practices.

Original guidelines were established to protect citizen constitutional rights from intrusive, overreaching intelligence investigations. Yet EFF found significant noncompliance, including the FBI violating its own internal oversight national security protocols, proving it repeatedly acts lawlessly. Ineffective oversight lets them get away with it.

Its NSL power abuses got much attention. Less covered, however, was "the unwillingness of companies and organizations to guard their clients' and users' sensitive, personal information" after receiving NSL requests, whether legally justified or not. If the Bureau acted lawfully, most would have been denied.

Violations of federal law governing criminal investigations and intelligence gathering activities were especially unique, flagrant, brazen and egregious, including willfully making false written statements to courts, supplying bogus information to get indictments of innocent people. Because of Bureau secrecy and coverup, it's impossible to know the full extent of its lawlessness, how many people were harmed, and for what reasons.