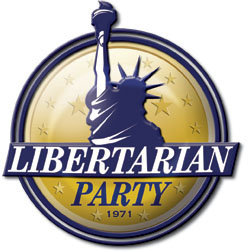 America should stop interfering in Egypt

"Media reports tell us that the Obama administration is heavily involved in the current crisis in Egypt. It shouldn't be.

"Personally, my sympathies are with the Egyptian protesters. Our very own Declaration of Independence said that government exists to secure people's rights, and 'whenever any form of government becomes destructive of these ends, it is the right of the people to alter or to abolish it, and to institute new government, laying its foundation on such principles and organizing its powers in such form, as to them shall seem most likely to effect their safety and happiness.'

"However, it would be wrong for me to force all Americans to adopt my point of view and support my choice in this crisis. But that's exactly what the Obama administration is doing, by interfering in the crisis and inevitably taking sides.

"The instances of U.S. foreign meddling over the last hundred years are too numerous to list here. But in almost every case, U.S. intervention has made American taxpayers poorer, and it has usually served to entrench corrupt authoritarian rulers. In the worst cases, like Vietnam, Iraq, and Afghanistan, military intervention has caused the deaths of many Americans and far more foreigners.

"Libertarians call for the U.S. government to stop interfering in the Egyptian crisis, and to end foreign aid to all nations, including Egypt.

"Unfortunately, powerful politicians in Washington can't seem to resist the temptation to meddle in foreign countries' affairs. This tendency is made worse by self-serving bureaucracies like the CIA, which rely on foreign meddling to keep their workers employed.

"Our government should leave other nations alone. The future of Egypt is for the Egyptian people to decide, not Washington politicians."

"American foreign policy should seek an America at peace with the world. Our foreign policy should emphasize defense against attack from abroad and enhance the likelihood of peace by avoiding foreign entanglements. We would end the current U.S. government policy of foreign intervention, including military and economic aid. We recognize the right of all people to resist tyranny and defend themselves and their rights. We condemn the use of force, and especially the use of terrorism, against the innocent, regardless of whether such acts are committed by governments or by political or revolutionary groups."

What Voters Need to Know About Government Supremacy