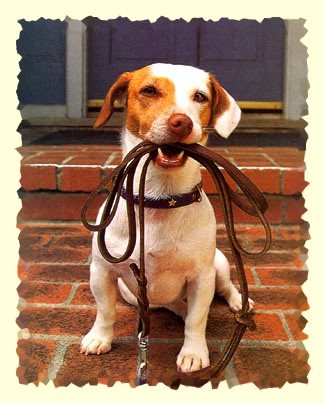 Perhaps George Bernard Shaw was thinking of Obama's administration when he said, "Democracy is a form of government that substitutes election by the incompetent many for the appointment of the corrupt few."

Obama upholds the tradition and then some, doing more harm globally in two years than most of history's tinpot despots in decades, yet most of it gets little attention. Imagine what's planned ahead. Already, his legacy includes:

-- breaking every key promise he made across the board;

-- expanding unbridled militarism through continued foreign wars, occupations, and stepped up aggression on new fronts with the largest defense budget in history - greater than the rest of the world combined at a time America has no enemies;

-- presiding over a bogus democracy under a homeland police state apparatus;

-- continuing the worst of the Bush administration's lawlessness and torture policies;

-- illegally spying on Americans as aggressively as George Bush;

-- refusing help for budget-stricken states like California, Illinois, Michigan and New York; forcing them to impose austerity by gutting welfare programs, education, health care for the poor, and other vital services at a time they're most needed;

-- proliferating commodified education nationally, ending government responsibility for it, and making it another business profit center;

-- passing agribusiness empowerment at the expense of small farmers and consumers, disguised as food safety modernization;

-- supporting some of the world's most ruthless, corrupt tyrants; and

"the greatest con-man in recent history," comparing him to "Melville's Confidence Man. He catches your eye while he picks your pocket. He gives thanks as he packs you off to fight wars in the Middle East on behalf of a foreign country. He solemnly mouths vacuous pieties while he empties your Social Security funds to bail out the arch financiers who swindled your pension investments. He appoints and praises the architects of collapsed pyramid schemes to high office while promising" better times ahead.

He also called him "America's first Jewish president," Israel's man, delivering unconditional support for policies harming America. He "crossed the River Jordan," backing its "colonial power in a strategic region of the" world, no matter how threatening "to world peace (and) US democratic values...."

Even New York Times writers Helene Cooper and Mark Landler noticed in their February 4 article headlined, "US Trying to Balance Israel's Needs in the Face of Egyptian Reform," saying:

Besides whatever emerges in Egypt, its street protests "are rocking an even more fundamental relationship for the United States - its (unconditional) 60-year alliance with Israel." Former "peace negotiator" Daniel Levy worries about:

"apres Mubarak, le deluge," saying that's "the core of what is the American interest in this. It's Israel" uber alles. "It's not worry about whether the Egyptians are going to close down the Suez Canal, or even the narrower terror issue."

White House spokesman, Tommy Vietor, assured Israeli officials that "our commitment to Israel's security is unshakeable," no matter the risk to our own. Imagine, however, the irony of Israel, Washington, and Western powers voicing concern about emerging democracy in Egypt, revealing their commitment to prevent it.

Imagine the courage of millions of Egyptians facing off against commonplace regime torture, disappearances, assassinations and other abuses to assure absolute autocratic control.

On March 11, 2010, the US State Department documented them in its "2009 Human Rights Report: Egypt," accessed through the following link:

-- "arbitrary or unlawful deprivation of life;

-- torture, and other cruel, inhuman, or degrading treatment or punishment;

-- (lawless) arrest procedures and treatment while in detention;

-- (restricted) freedom of speech and press;

-- (compromised exercise of) freedom of religion;

-- (denied) political rights, (including) the right of citizens to change their government;

-- governmental attitude regarding international and (NGO) investigation(s) of alleged violations of human rights;

-- (no legal protections for) persons with disabilities;

-- societal abuses, discrimination, and acts of violence based on sexual orientation and gender identity; (and)

-- other societal violence or discrimination," including highly restricted worker rights.

In its "Situation of Human Rights in Egypt 2009" report, the Egyptian Organization for Human Rights (EOHR) covered the same ground as the State Department, documenting specific numbers of violations by type.

Nonetheless, despite three decades of Mubarak's autocratic brutality, Reuters (on January 29, 2011) cited the Congressional Research Service saying Washington "has given Egypt an average of $2 billion annually since 1979," making it America's "second largest recipient of US aid after Israel."

Egypt's military gets most of it, largely for internal control for a nation with no foreign threat. A recently WikiLeaks released 2009 US embassy cable said:

"President Mubarak and military leaders view our military assistance program as the cornerstone of our mil-mil relationship and consider the USD 1.3 billion in annual FMF as 'untouchable compensation' for making and maintaining peace with Israel. The tangible benefits to our mil-mil relationship are clear: Egypt remains at peace with Israel, and the US military enjoys priority access to the Suez Canal and Egyptian airspace."

The funding is also recycled to US defense contractors, supplying military goods and services. Moreover, in 2009, Defense Secretary Robert Gates said military aid to Egypt comes "without conditions. And that is our sustained position."

Waltzing with Despots - Rich, Corrupt Ones

Mubarak stashed his wealth in UK and Swiss banks as well as US, UK, and Red Sea coast property. "According to a report last year in the Arabic newspaper Al Khabar, (he) has properties in Manhattan and exclusive Beverly Hills addresses on Rodeo Drive. His sons, Gamal and Alaa, are also billionaires."

Durham University's Professor Christopher Davidson said he, his wife and sons accumulated massive wealth through business partnerships with foreign investors and companies, dating back to when he was in the military and in a position to benefit from corporate corruption, giving back more than he got.

He's also invested in Egyptian real estate, including choice Sharm el-Sheikh properties. Like other global despots and corporate bosses, he amassed his fortune the old-fashioned way. He stole it, stashing most discretely offshore.

Torture/renditions date from the Clinton administration. "In fact, Clinton's Deputy Attorney General, Eric Holder, now Obama's Attorney General, was the first Department of Justice official to write a legal brief authorizing the rendition of alleged terrorists from third countries by the CIA to Egypt for purposes of interrogation and torture."

Moreover, Egypt specializes in disappearances after torture and interrogations are completed. For his part, "Holder has long been a coddler of torturous regimes," including Egypt's.

Its methods include "hanging prisoners by all four limbs and placing electric nodules on their genitals, nipples and feet. The CIA paid Egypt handsomely to carry out the torture program," its own specialty since the 1950s.

In the 1990s, Holder and then White House chief of staff Leon Panetta signed off on CIA renditions to Egypt. As head of the agency under Obama, Panetta publicly endorsed it globally, despite administration pledges to end torture.

Obama's waffling on Mubarak "is intended to buy time for the CIA to appropriate the Egyptian government's torture and rendition files that date back to Holder's original authorization...." Moreover, Secretary of State Clinton wants her husband protected, and Panetta has the same aim.

"The CIA has embarked on a policy of suppressing the Egyptian revolution until all potentially (incriminating) documents and computer files" are moved to Washington. Its working "behind the scenes in Egypt advising the security forces and army" to buy time and secure plausible deniability of complicity with the worst of Mubarak's crimes, backed, of course, by generous US aid.

Throughout Egypt, millions courageously keep protesting for democratic freedoms, including free and open elections for candidates they choose. In contrast, old order Egyptians, imperial Washington, other Western powers, and Israel are determined to prevent it.

"Banks and businesses are re-opening, but the pro-democracy protesters are still out there," their demands so far unmet. They face long odds against determined pressure to deny them. Moreover, even with partial success, holding it will be precarious at best. Dark forces never quit. They have ferocious power, and aren't shy about using it.

As a result, democratic freedoms never come easily. Often, armed insurrections are needed, but also well organized mass actions. In America, it took decades of struggle to end slavery. Women needed a century of activism to be enfranchised. Sustained freedom marches won civil rights, and only after many years of organizing, taking to the streets, going on strike, holding boycotts, battling police and National Guard forces, and paying with their blood and lives did workers win real rights. All of it came bottom up, none top down, and in all cases effective leadership was essential.

So far, Egyptians are courageously committed. Whether it's enough to prevail is very much up for grabs against Egyptian and imperial might.

Yet global rallies visibly show support, including on February 5, an international mobilization day in solidarity with Egyptian, Tunisian and others in the region wanting freedom.

"History speaks once. Now is our time. Now is our moment. We must take to the streets and stand in solidarity" with millions "across the Arab world and in the centers of power." If not for Western imperial aid, "these dictatorships would have fallen long ago."

Courageous protestors are determined to succeed now. Maybe, just maybe, their time has come. And imagine that spirit spreading globally, including throughout developed countries. They're more rhetorical than real democracies, especially in America where millions yearn, but don't rally for real change.