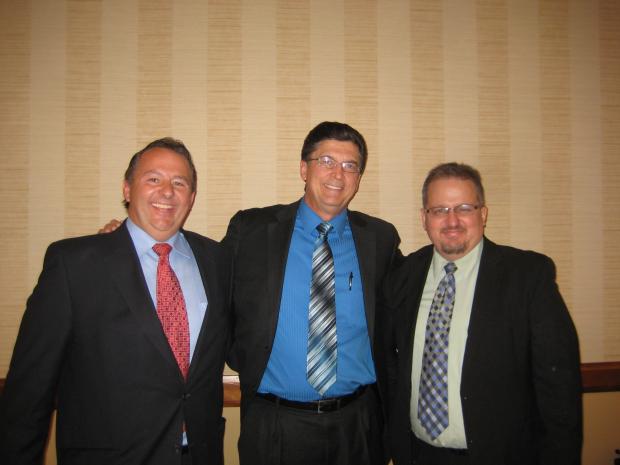 David Fitzgerald Sheriff Richard Mack Stewart Rhodes Nullify Now Phoenix Arizona
Phoenix Arizona Sheriff Richard Mack comes to Nullify Now conference and talkes about how he defeated the unconstitutional Brady Bill that forced him to sue the Federal Government.  The language of the Brady Bill asked him to chose between his oath of office and a law the federal government passed.


During his tenure, federal officers informed the sheriffs of the state that they would be required to enforce the so-called "Brady Bill" and run background checks at their expense under the law. In 1994, Mack and six other sheriffs from across the country, challenged the constitutionality of the Brady Bill and ultimately, fought it all the way to the United States Supreme Court, where they won a monumental decision for freedom.

Three years later, in a landmark 5-4 split decision based on the Tenth Amendment to the United States Constitution, Mack won his case

Since Richard Mack and the other sheriffs won their case against the Brady bill, why is it that the rest of us haven't? Why haven't we won complete freedom in the RIGHT TO BEAR ARMS?

We private State Citizens need to push our State Governments into triple checking that every aspect of Federal Government gun control meets both the LETTER OF THE LAW and the SPIRIT OF THE LAW. It is treason for Government officials to act in bad faith (i.e., outside of good faith).