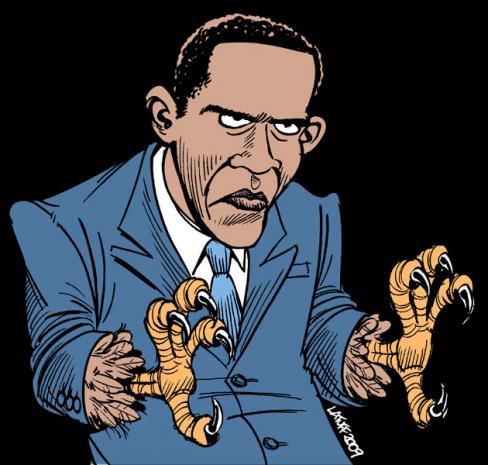 Anyone anywhere, including in America where it's mostly blocked, can view its live online stream at aljazeera.net. It's become a vital alternative to Western managed news, heavily censored to suppress important truths and thus worthless.

Hundreds of thousands of protesters in Egypt's capital and across the country remain resilient. They continue "mass demonstrations, with a new wave of optimism reaching the pro-democracy camp following" Wael Ghonim's release, Google's Middle East/North Africa head of marketing.

They also reject so-called government concessions, one protester, Sherif Aein, saying "it's just a tablet of aspirin, nothing else." Another, Salma El-Tarzi, expressed anger about negotiations saying:

"The political parties can do whatever they please because they don't represent us. This is not a revolution made by the parties. (They've) been there for 30 years and done nothing. This is the people's revolution."

Abdul Moneim Aboul Fotouh told Al Jazeera that Mubarak must go, and if "they were serious, the parliament would have been dissolved, also a presidential decree ending the emergency law." It was enacted in 1981 when Mubarak took power, Egypt's new strongman after Sadat.

So far, popular determination and courage are breathtaking but no match against brute force if it's used. Egypt's combined military/police might is formidable, Pratap Chatterjee explaining in his February 4 London Guardian article headlined, 'Egypt's military-industrial complex," explaining that:

According to the Congressional Research Service, Congress approved over $70 billion in military and economic aid in the last 60 years. Currently it ranges from $1.5 - $2.0 billion annually, the most for any nation after Israel, getting more aid than the rest of the world combined.

"Hosni Mubarak, Oman Suleiman, both of you are agents of the Americans." They believe decades of US aid kept Mubarak's regime in power. Indeed, the relationship is longstanding. Angryarab.blogspot.com's site mentioned several notable quotes explaining how solid:

"Some may not realize that the US-Egyptian collaboration on security issues goes back over 100 years."

In 1988, he added: "I thank you, my brother, President Mubarak, and wish you every success." He also said how much he admired him.

"I don't think we would be where we are today if it weren't for President Mubarak....We believe that working together we can help to bring more prosperity to the Egyptian people....I thank you for your wise counsel, your strong leadership, and your iron determination....I especially want to thank President Mubarak for Egypt's partnership in the peace process and for playing a critical role in our efforts here."

Of course, all US presidents made similar comments about legions of past and present despots as long as they served America loyally. Otherwise, new ones or friendlier figures replace them as James Petras explained in his new article titled, "Washington Faces the Arab Revolts: Sacrificing Dictators to Save the State," saying:

"When popular upheavals challenged (previous) US backed dictatorships, and a social as well as political revolution appeared likely to succeed, Washington responded with a three track policy:

-- privately signaling continued support to the ruler; and

-- seeking an elite alternative which could substitute for the incumbent and preserve the state apparatus, the economic system and support US strategic imperial interests."

In other words, Washington rhetorically backs change under new faces continuing old policies - above all, new leadership serving reliably as a US vassal state, obeying orders from Washington.

In part at least, Obama's waffling has been to buy time for a workable "alternative political formula that removes Mubarak (now damaged goods), retains and strengthens the political power of the state apparatus, and incorporates a civilian electoral alternative as a means of demobilizing and de-radicalizing the vast popular movement."

As a longtime observer of popular struggles, Petras understands the process well.

Odds always favor the powerful, including the possibility that popular passion will tire, subside and fade, leaving entrenched forces in place. However, some observers believe Egypt's uprising is different, giving it a better chance than others. Time will tell. So far, its resilience has been breathtaking. Petras calls the:

"anti-dictatorial moment (a) first phase of a prolonged struggle toward definitive emancipation not only in Egypt but throughout the Arab world. (Its) outcome depends on the degree to which the masses develop their own independent organization and leaders." Though no simple task, supporters globally wish them God's speed.

On February 8, Stratfor's George Friedman offered his latest assessment, explaining, of course, that decades of peace followed four wars. In 1973, Israel nearly lost the last one, and might have without emergency US aid. After Camp David, however, and especially under Mubarak, Israel no longer was thought threatening Egypt's national interests.

Decades later, "the world has changed." Earlier warriors are now old. "Today's Egyptian military trains with the Americans" and relies on US weapons and aid. However, "Mubarak has locked the younger generation....out of senior command positions and away from the wealth his generation has accumulated. They want him out."

Moreover, the idea of Mubarak's son, Gamal, succeeding him "was the last straw." Other factors are important as well. Though street protesters "are a real faction, (they) don't speak for the shopkeepers and peasants more interested in prosperity than wealth."

In addition, what's "going on now is a struggle within the military, between generations, for the future of the Egyptian military and therefore the heart of (its) regime. Mubarak will leave, the younger officers will emerge, the constitution will make some changes and life will continue."

As a result, Israel may become complacent. "They should not. The usual first warning of a heart attack is death." Those fortunate need dramatic life changes to survive. Egypt's uprising is more than "a mild coronary and (should be) treated with great relief by Israel that it wasn't worse," or at least not so far, but very likely it has legs.

Nonetheless, new forces in Egypt are emerging. Preserving peace is essential. Camp David "is the foundation of Israel's national security....The future of Gaza or the precise borders of a Palestinian state are trivial compared to preserving the treaty with Egypt" and retaining old order power under new leadership.

Israel is tiny. No matter how many previous wars it won, "it need only lose once to be annihilated." As a result, some believe its military strength is crucial. Friedman argues that it "should avoid rolling the dice too often, regardless of how strong it thinks it is."

It may need to reconsider its strategic position, and surely will have to if Egyptian events defy most analysts' predictions. Key is whether mass protests are sustained no matter what alternatives are proposed. Though rare, determined masses at times change the world. Egyptians only want their's changed and so far aren't relenting. Add another element as well. The whole world watches daily, offering global support.

According to businessinsider.com, dated February 5:

"A senior member of the US Marine corps is telling people (that) "multiple platoons" are deploying in Egypt, a source tells us."

It explained that families of high-ranking marines are alerted when emergency deployments are made in case they can't communicate from abroad.

"That alert just went out, says our source." The official reason given was "to assist in the evacuation of US citizens. Our source was told that 'the chances they were going over there went from 70% yesterday to 100% today," meaning they're in country now for whatever purpose.

The Pentagon said "US warships and other military assets (were being deployed) to make sure it is prepared in case evacuation of US citizens from Egypt becomes necessary....The Kearsarge, an amphibious assault ship carrying 700 to 800 troops from the 26th Marine Expeditionary Unit, and the Ponce have arrived in the Red Sea, putting them off Egypt's shores in case the situation worsens."

As a result, the situation bears close monitoring as evacuation, if it's needed, may be secondary to key strategic calculations.