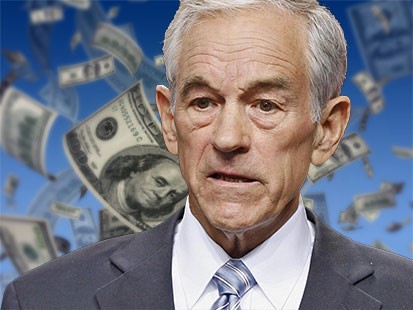 For the past three decades, the Federal Reserve has been given a dual mandate: keeping prices stable and maximizing employment. This policy relies not only on the fatal conceit of believing in the wisdom of supposed experts, but also on numerical chicanery.

Rather than understanding inflation in the classical sense as a monetary phenomenon-- an increase in the money supply- it has been redefined as an increase in the Consumer Price Index (CPI). The CPI is calculated based on a weighted basket of goods which is constantly fluctuating, allowing for manipulation of the index to keep inflation expectations low. Employment figures are much the same, relying on survey data, seasonal adjustments, and birth/death models, while the major focus remains on the unemployment rate. Of course, the unemployment rate can fall as discouraged workers drop out of the labor market altogether, leading to the phenomenon of a falling unemployment rate with no job growth.

In terms of keeping stable prices, the Fed has failed miserably. According to the government's own CPI calculators, it takes $2.65 today to purchase what cost one dollar in 1980. And since its creation in 1913, the Federal Reserve has presided over a 98% decline in the dollar's purchasing power. The average American family sees the price of milk, eggs, and meat increasing, while packaged household goods decrease in size rather than price.

Loose fiscal policy has failed to create jobs also. Consider that we had a $700 billion TARP program, nearly $1 trillion in stimulus spending, a government takeover of General Motors, and hundreds of billions of dollars of guarantees to Fannie Mae, Freddie Mac, HUD, FDIC, etc. On top of those programs the Federal Reserve has provided over $4 trillion worth of assistance over the past few years through its credit facilities, purchases of mortgage-backed securities, and now its second round of quantitative easing. Yet even after all these trillions of dollars of spending and bailouts, total nonfarm payroll employment is still seven million jobs lower than it was before this crisis began.

In this same period of time, the total U.S. population has increased by nine million people. We would expect that roughly four million of these people should have been employed, so we are really dealing with eleven million fewer employed people than would otherwise be expected.

It should not be surprising that monetary policy is ineffective at creating actual jobs. It is the effects of monetary policy itself that cause the boom and bust of the business cycle that leads to swings in the unemployment rate. By lowering interest rates through its loose monetary policy, the Fed spurs investment in long-term projects that would not be profitable at market-determined interest rates. Everything seems to go well for awhile until businesses realize that they cannot sell their newly-built houses, their inventories of iron ore, or their new cars. Until these resources are redirected, often with great economic pain for all involved, true economic recovery cannot begin.

Over $4 trillion in bailout facilities and outright debt monetization, combined with interest rates near zero for over two years, have not and will not contribute to increased employment. What is needed is liquidation of debt and malinvested resources. Pumping money into the same sectors that have just crashed merely prolongs the crisis. Until we learn the lesson that jobs are produced through real savings and investment and not through the creation of new money, we are doomed to repeat this boom and bust cycle.

I agree with your comments Ron. But it is also true that the boom and bust cycles are partly the result of regulatory interference and tax policy,

Ron Paul’s problem is obvious when he talks about his own "economics" – weird statements that are apolitical when he talks of politics and clearly "uneconomics" when he talks about this sophisticated or erudite science of economics. Weirdo speeches like 911 should be blamed on us the American people and not on Al Qaeda or Muslim terrorists that perpetrated the carnage because we went to the lion’s lair in the Middle East as "invaders" (similar to Osama bin Laden’s jihad statement) or his recent odd public statements at CPAC on Iraq and Afghanistan and national security. It was so bizarre that YAF (Young Americans for Freedom) kicked him out of the National Advisory Board … for "his delusional and disturbing alliance with the fringe Anti-War movement …" And Libertarians from the left that are campaigning for 2012 this early want him to become president of a United States without a Central Bank or Federal Reserves, only with a stay-home foreign policy, without an IRS, and without a government, in a stateless society!

The public had probably noticed that no economist in his right mind pays attention to the Congressman’s incessant attacks of the Federal Reserve. Printing money he said does not create jobs. What economist would say that it does? Anyway, being chairman of the sub- committee of Congress that oversees the Fed is a good opportunity for the idol of emotional Anarcho-Libertarians to learn what the Fed technically does to the national economy … why and how to regulate interest rates, how, why and when to intervene in a greed-dominated free market system, why inflation is a yes-and-no of economics, how jobs are created and/or busted in a period of stagflation, etc. etc. That’s a long hard years of learning in the academe, not in a wink of an eye, from the street side university of hard knocks. But Dr. Ron Paul is a nice guy. Legions like him as a person. Let’s not switch off the light on him. We need a model of the likes of him to stay in the limelight according to the exigency and fault of the time.

Why is it that not even Ron Paul has ask this very simple question of the Pro Fed people?.....That question is:Do you agree with the methods used in creating the Federal Reserve?

Their answer would instantly shed light on ones true intentions,and spiritual convictions.