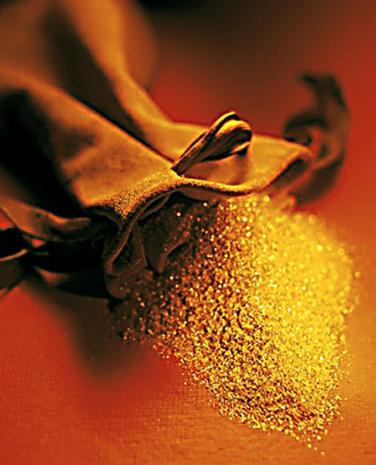 There have been numerous reports of bullion shortages in many parts around the world, along with rising premiums. And the two explanations – we’re running out of gold! and, it’s just a manufacturing bottleneck – are at odds with one another. So, who’s right?

First, the data. The following has been reported since New Year’s eve horn-blowers were put away:

1. Report from China: “…premiums for gold bars jumped to their
highest level in two years.”

2. A director at Cheong Gold Dealers in Hong Kong: "I don't have
any gold. Premiums are very high. Some say they have no stocks
on hand."
3. A dealer in Singapore: "There's a sudden surge in demand.
Demand from China is very strong and they are paying very high
premiums. Refiners can't meet the demand.”
4. World Gold Council report: “…gold imports by India likely
reached a record last year due to increased investment demand.
Imports will probably be the highest for India in its history.”
5. Nigel Moffatt, treasurer of the Perth Mint: “…demand for gold
bullion has been unrelenting since gold dropped below $1,400 an
ounce. At the moment demand is such that we cannot meet all the
enquiries we are getting. Demand for our coins and medallions is
strong, but the biggest demand is coming from banks and traders
looking for kilo bars.”
6. Eric Sprott, chief investment officer of Sprott Asset Management,
after having difficulty locating enough bullion for their new silver
fund: "Frankly, we are concerned about the illiquidity in the physical
silver market. We believe the delays involved in the delivery of
physical silver to the Trust highlight the disconnect that exists
between the paper and physical markets for silver."
7. 2010 gold Buffalo coins are largely unavailable from dealers.
8. Sales of silver Eagles set a new record in January – by the 19th of
the month. Already, 4.6 million coins have been sold, an all-time
monthly high since the coin's release in 1986.

Based on this data alone, you might come to the conclusion that yes, we’re running low on bullion supply. But most industry execs I spoke to insist this is a “bottleneck” issue: current demand is greater than current stock on hand, or is coming in faster than mints can produce. In other words, it’s a fabrication issue, not a supply deficit. A Treasury rep said as much.

You’ll recall from 2008 how supply was difficult to come by and premiums were roughly double what they are now. Some think it will be “lesson learned” this time around; mints now know how to prepare for another spike in demand. Many have added workers, shifts, and facilities. The U.S. Mint stopped producing the less popular coins and now focuses on those that are most in demand.

To a large extent, I believe the bottleneck argument is exactly what’s happening. It’s no different than the store that sells old-fashioned wooden rocking chairs suddenly getting swamped with customers when an antique dealer declares they’ll be valuable collectibles in the future. Collectors rush to buy, and the store doesn’t have enough rocking chairs in its warehouse. But they’re not running out of wood. And they’ll likely be better prepared when they hear the dealer is coming out with a book.

It’s true there’s only so much gold coming to market every year (total 2010 supply is estimated to have been about 115 million ounces), but in the big picture, there’s been enough. It’s also true that orders from the 2008 rush were eventually filled. However, I think the “bottleneck” and “we’re running out” arguments miss the point, because they both focus on supply.

Demand is what I’m concerned about. Now try this data:
1. According to International Strategy and Investment Group, gold
ownership currently represents 0.6% of total financial assets. If it
rose to just 1.2% – still less than half its 1980 level – it would
require an additional 917.1 million ounces, or 16% of aggregate
gold worldwide. This amount is equal to about 10 years of current
global production.
2. Investment demand represented 53% of all gold demand in 1979;
today, it represents just 32%. Coin demand represented 37% of
all demand in 1979; today it’s less than 14%.
3. Gold and gold mining stocks represented 26% of all global assets
in 1981 (high inflation), and 20% in 1932 (high deflation). Today,
gold and gold mining shares represent about 1% of global assets.
4. The market cap of the entire gold industry is about the size of
Microsoft, is less than Exxon Mobil, and is 10 times smaller than
the banking industry. The whole of the silver industry is smaller
than Starbucks.
5. Silver mine production is insufficient to meet current demand. The
only way silver needs are fulfilled is from scrap coming to market.
Miners don’t produce enough on their own.
6. There are approximately 40% more earthlings right now than there
are ounces of gold that have ever been mined. That includes every
ounce used in jewelry, electronics, and dental. Further, if every
ounce of supply last year were made into coins and bars for
investment purchase, it would amount to less than two
one-hundredths of an ounce, or about half a gram, for every man,
woman, and child on earth. This means 0.018% of the global
population – about one in every 55 people – could buy a
one-ounce gold coin this year.

Yes, there is a bottleneck. But with this recent spike in demand, it appears some mints still aren’t equipped to keep up. Are we nearing a tipping point where in spite of the increased efficiency and preparedness, requests from buyers will outweigh available supply? Imagine demand continuing to accelerate, and you can see where this might be headed. I think this is the side of the equation to watch.

Andy Schectman of bullion dealer Miles Franklin told me last summer that, “Based on what I know, it’s my opinion that if 5% of this country put 5% of their money into gold, there would be nothing left tomorrow morning.” In other words, even if supply is sufficient at present, what happens if demand, say, doubles, as the above data show is possible?

Right now in North America you can still get bullion, but we’re clearly on a path where demand could overwhelm the system, making purchases very difficult. When that point arrives, many investors will wish they hadn’t worried so much about price.

Imagine Doug Casey is right about the future value of the dollar: zero. Imagine how high inflation would rocket in such a scenario.

[The Chinese and other governments are gobbling up gold as fast as they can, adding vast amounts to their already large holdings. Because they know something many mainstream investors don’t: the U.S. dollar is on its last leg. To find out how to protect yourself – and to profit – watch this free video.]