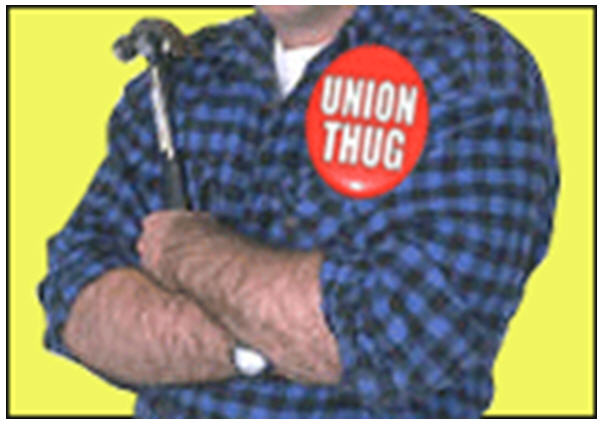 US Workers: Resurgent or Waging a Rearguard Action? - by Stephen Lendman

For decades, organized labor has been hammered after painful years of organizing, taking to the streets, going on strike, holding boycotts, battling police and National Guard forces, and paying with their blood and lives before real gains were won.

Important ones included an eight hour day, a living wage, essential benefits including healthcare and pensions, and the pinnacle of labor's triumph with passage of the landmark 1935 Wagner Act, establishing the National Labor Relations Board (NLRB). It guaranteed labor the right to bargain collectively with management on equal terms for the first time, what's now sadly lost.

After signing it on July 5, 1935, Franklin Roosevelt said:

"This Act defines....the right of self-organization of employees in industry for the purpose of collective bargaining, and provides methods by which the Government can safeguard that legal right....A better relationship between labor and management is the high purpose of this Act....it seeks for every worker within its scope, that freedom of choice and action which is justly his....it should serve as an important step toward the achievement of just and peaceful labor relations in industry."

In 1935, a worried Congress and administration acted. After WW II, however, organized labor declined. Passage of the 1947 Taft-Hartley Labor-Management Relations Act was the first major blow. Harry Truman vetoed it, calling it a "slave labor bill," then hypocritically used it 10 times, the most ever by a president to this day.

From then to now, so are Democrats and Republicans, exacting a devastating toll thereafter. From union membership's post-war 1950s 34.7% high, the Bureau of Labor Statistics (BLS) reported the following on January 21, 2011:

According to 2009 BLS figures, organized public sector ranks surpassed private ones for the first time, even though commerce and industry employs five times more workers.

Today, the US Postal Service has three times more than auto companies, no thanks to corrupted union bosses colluding with business and government, betraying their rank and file. As a result, labor historian Paul Buhle sees organized labor collapsing, and labor author Robert Fitch compared American workers to "owners of a family car whose wheels fell off long ago. Each family member (now must rely) on their own two feet; they scarcely remember what it was like being able to ride together." They don't recall once having rights long ago stripped and lost.

Why? Because union bosses sold out, siding with employers, getting big salaries and fancy perks, and being more concerned with their own welfare than rank and file members they represent. Or so they claim.

Continuing where Reagan/Bush, Clinton and Bush II left off, Obama colluded with union bosses to impose his business-friendly agenda on working Americans, gutting their rights methodically since taking office.

Should his gutless response to Wisconsin protesters surprise? In a February 16 Milwaukee WTMJ television interview, he posed fraudulently as worker-friendly, saying:

"Everybody's got to make some adjustments to new fiscal realities," endorsing wage cuts to "save jobs," adding:

"Some of what I've heard coming out of Wisconsin, where you're just making it harder for public employees to collectively bargain, generally seems like more of an assault on unions."

This by a president who disdains working Americans. Many thought his election would end Bush era politics. Instead they intensified by trashing worker rights, including under an appointed Auto Task Force, eliminating tens of thousands of jobs, ravaging communities, imposing draconian new hire demands, and appointing a "pay czar" to reward management.

His administration endorses the "new normal," including 22% + unemployment, poverty wages, eroding benefits, and pensions targeted for elimination to help states and enrich corporate bosses more. Yet for some, he's a "people's president," a man with a message: "Change," and "Yes We Can." Yes he did, in fact, serve corporate interests, not loyal constituents he trashed for big money.

Feigning support for Wisconsin protesters, he said nothing about Governor Walker's threat to use National Guard force against them, a clear constitutional First Amendment assault.

Protesters so far are undaunted, their ranks growing and spreading across the state in solidarity, but to what avail. Expected passage of Walker's bill was only was delayed when Senate Democrats walked out. They took refuge in neighboring Illinois, ignoring a Republican "call of the House," sending police off to find them, a shameless political stunt.

Their maneuver, in fact, is delay, negotiate, co-op union bosses, and reach accommodation with Walker and majority Republicans. As a result, the fix is in to force first-step draconian measures, more coming later, including concessions on collective bargaining rights. Activists know the scheme well, University of Wisconsin-Superior Professor Joel Sipress saying:

"We all know that this is part of a broader assault on the ability of working people in this state and this country to have decent, humane lives. The same people who want to strip public workers of their rights - they're the same (ones) who want to say to all of us 'it is a sink-or-swim society.' We will not allow Wisconsin to become a state where the working people live off the scraps that are thrown to them by the economic elite."

Protests Spread to Ohio, Indiana, Michigan and Perhaps Beyond

Building on Middle East and Wisconsin momentum, over 1,000 people rallied in Ohio's Columbus Statehouse on February 15, opposing Senate Bill 5 (SB5), a measure eliminating collective bargaining rights for 40,000 state workers, reducing it for firefighters, police, teachers, and others, as well as facilitating other draconian measures when existing contracts expire. They include wage and benefit cuts, elimination of seniority-based pay increases and job security, heading toward ending all worker rights, including empowering government to abrogate worker contracts in case of "emergencies."

Similar anti-worker schemes are proceeding in other states, including California, New York, Illinois, Indiana, Michigan, New Hampshire, Tennessee, and eventually perhaps most, if not all, unless sustained Wisconsin momentum intervenes everywhere.

In Ohio, Republican legislators and Governor John Kasich (a former congressional Republican stalwart), support SB5. The bill's author, Senator Shannon Jones, backed it "to give the government flexibility and control over its workforce," leaving no doubt where she, Kasich and most state lawmakers stand - united against worker equity, job security, wages, benefits, and pension rights to make Ohio more "competitive" for business.

Angry workers responded, knowing their hard-won gains will be lost if SB5 passes which seems likely. Lashing out, a firefighter told AP: "When you take away collective bargaining, we have no rights at all." At a Columbus press conference, a retired state employee warned:

"I can promise you that big-city mayors favor what I'm doing. They want this. They're not going to tell you that, but they want this," meaning, of course, he'll assure they get it and more.

"A Republican-controlled Senate committee advanced a contentious proposal....critics contend would strip Indiana teachers of their collective bargaining rights." It's a measure Republican Governor Mitch Daniels supports as part of his sweeping education agenda.

If enacted, only wage and benefits negotiating will be permitted. Local contracts henceforth will exclude the right to bargain on evaluation and dismissal procedures, working conditions, and other related issues. Special education teacher Diana Koger told lawmakers that proposed measures strip teachers of all rights, giving school boards full authority.

Chanting "Legislators get the gold mine, workers get the shaft," they rallied outside the Capitol building against Snyder's budget proposal, wanting public workers to absorb $180 million dollars in cuts, including hundreds of eliminated jobs.

One worker had it right saying:

According to Ken Moore, president of the Michigan State Employees Association, "Let's close up the corporate loopholes where come of the big money's at. Let's close those up so we can get back to a reasonable budget." He wants workers to be part of the solution, not a casualty they're becoming as in other states across the country. As a result, Main Street America is becoming a wasteland, a backwater, facing inhumane third world harshness.

They walked out, "Republicans fumed," and Senator Michael Ellis called it "disgraceful that people who are paid to be here have decided to skip town." He's right because they're coming back to support a marginally changed bill too little to matter. The fix is in, worker rights are being trashed. It's disgraceful in Wisconsin and across America.

"Keeping schools closed and blocking certain public services is not a strategy we support and could alienate public opinion and play into the governor's hand."

Times management one-sidedly supports wealth and power interests, not populist ones it disdains.

So do Wall Street Journal op-ed and editorial writers, producing the print version of Fox News, Murdock, of course, owning both.

Thousands of Wisconsin workers "swarmed the state capitol and airwaves to intimidate lawmakers and disrupt Governor Scott Walker's plan to level the playing field between taxpayers and government unions."

"Mr. Walker's very modest proposal would take away the ability of most government employees to collectively bargain for benefits," except for wages no greater than annual CPI increases.

Saying Mr. Walker has no other choice to close his budget gap, comments entirely omitted what's absent in all major media reports - making corporations and America's aristocracy pay their fair share. Nothing in The New York Times, Washington Post, WSJ, other major broadsheets or on corporate TV, backing monied interests, not worker rights they disdain.

"The battle in the states underscores the deep philosophical political divisions between Obama and Republicans over how to control spending and who should bear the costs," they said, when, in fact, they only disagree on timing, united in supporting monied, not populist, interests.

Democrats were "not showing up for work....That's not democracy. That's not what this chamber is about."

What's not democracy, of course, is trashing worker rights, supporting wealth and power interests only, and mocking worker courage to confront power no matter how daunting the challenge.

Today, working Americans face losing more of their hard-won rights because bipartisan collusion intends to trash them. Unless mass activism erupts, America indeed is becoming a wasteland, a backwater on a fast track toward tyranny and ruin, a bleak future no one should accept.

1 Comments in Response to US Workers: Resurgent or Waging a Rearguard Action?

Americans are all out boating,or,golfing,or,something.Do you really think they will do anything about it,or,anything else?