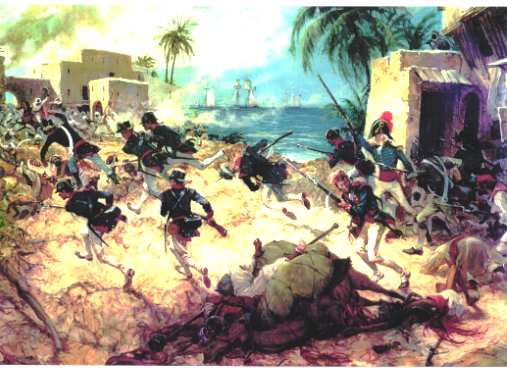 Gaddafi indisputably is despotic, governing by "fear and cronyism," treating Libya as his "private estate," and spawning "an entire hierarchy of corrupt officials," disdainful of popular interests.

Nonetheless, something is "(r)otten in the so-called 'Jamahiriya' (state of the masses) of Libya." Popular anger is justified and real. At issue is whether it's spontaneous or externally generated, and, if so, by whom and for what reasons.

Western powers, especially America, gladly support despots. They only fall into disfavor by forgetting who's boss. Mubarak forgot. So did Gaddafi, long targeted for removal despite rapprochement with America and Western nations. As a result, in-country reports lack credibility without verifiable proof. Much of it is lacking.

At issue is removing an outlier while keeping his regime intact, one friendly to Washington and Western interests. Acquiescence assures support for the world's most ruthless tyrants. Straying gets them in trouble. Gaddafi strayed, leaving him vulnerable for removal.

In the 1990s, "pack (or) advocacy journalism" substituted for the real kind, including by promoting the 1999 US-led NATO war of aggression to complete Yugoslavia's long-planned balkanization, characterized as "humanitarian intervention," the same theme repeated now.

From March 24 - June 10, 1999, daily attacks were relentless. Around 600 aircraft flew about 3,000 sorties, dropping thousands of tons of ordinance as well as hundreds of ground-launched cruise missiles. Its ferocity to that time was unprecedented. Large numbers were killed, injured or displaced. Vast destruction was inflicted. Two million people lost their livelihoods, many their homes and communities, and for most their futures under military occupation.

Libyan turmoil appears headed for a similar resolution, driven by unverified misreporting of events on the ground. In Yugoslavia, it was about removing Milosevic for a more accommodative replacement. In Libya, Gaddafi appears headed for the same fate, again by raw force, Washington's alternate "diplomacy," the same kind used to "liberate" Iraq and Afghanistan, destroying both countries, causing millions of deaths as well as vast devastation and despair.

-- Unlike Tunisia, Egypt, and other regional allies, "upsetting (Libya's) established order is a US and EU objective," by replacing one despot with another.

-- the West "seek('s) to capitalize on the revolt" for new leadership it controls.

-- Heavy weapons are coming in.

-- Tensions among Libyan factions complicate matters further, including between Gaddafi's son, Saif Al-Islam, "and his father's circle of older ministers. Libyan ministers are generally divided amongst those (close to Said) and" member's of the "old guard."

-- Other tensions exist between Gaddafi and his sons, perhaps one generation against another, each with its own ideas incompatible with the other.

-- Gaddafi spent years purging opposition. Even so, "little loyalty is felt for (him) and his family." Fear alone gives them power. Now it's gone, denunciation of his regime openly stated. "Aref Sharif, the head of Libyan Air Force," renounced him. Ministers and ambassadors resigned, some going abroad. "Defections are snowballing amongst the military and government." Yet what's ongoing may differ significantly from unverified or willful major media misreporting, including by Al Jazeera.

-- Authentic opposition is real, but not organized. It's "been encouraged and prompted from outside Libya through social media networks, international news stations, and events in the rest of the Arab World." As a result, major media reports are suspect. Accept nothing from them at face value.

-- Internal opposition leadership comes "from within the regime itself." However, corrupt officials aren't populists. They oppose Gaddafi but not tyranny, corruption, and other trappings of power and privilege. Some of them, in fact, wish "to save themselves, while others" want to "strengthen their positions." It's also possible or likely that they've allied with Western powers for their own self-interest.

-- Major media reports, including by Al Jazeera, "about Libyan jets firing on protesters in Tripoli and the major cities are unverified and questionable....No visual evidence of the jet attacks has been shown." Gaddafi, in fact, controls cities reported to be occupied by opponents. Moreover, some accounts of violence are spurious. Stories are invented to "justify no-fly zones," perhaps heading for war led by America and NATO.

-- Corporate and Western interests in Libya, not despotism, explain what's ongoing. They're fueling civil war to replace one despot with another, one they control. "Chaos in the Arab World has been viewed as beneficial (to) Washington, Tel Aviv," and other Western powers. Balkanization may be planned, similar to Yugoslavia, culminating as explained above - "liberation" for control, not democracy America won't tolerate, including at home. If it happens, regional destabilization may follow, leaders everywhere wondering who's next.

-- Henry Kissinger once said: "to be an enemy of America can be dangerous, but to be a friend is fatal." If balkanization is planned, friends and foes alike may be targeted if thought unreliable. Libya's chaos also affects Europe and global energy issues, including price, for oil heading over $100 a barrel and maybe much higher, threatening fragile economies with deeper crisis.

-- Libya conducted secret negotiations with Washington in 2001. Formal rapprochement followed, but doing business with imperial powers is dangerous, and in Gaddafi's case perhaps fatal with no safe haven if civil war or NATO ousts him. Either "provides the best cover" for controlling Libya's "energy sector and to appropriate (its) vast wealth."

-- Libyans should be wary. America and Western powers play hardball against popular interests throughout the region.

-- "Actions of opposition to Gaddafi are strong, but there is no strong organized 'opposition movement.' The two are different." Moreover, no opposition force wants democracy.

-- Serious discussion suggests a Yugoslav-type "humanitarian intervention." A "no-fly" zone is mentioned, an act of war if imposed, giving Western powers the right to intervene militarily the way Iraq was bombed in the 1990s. Invasion and occupation, in fact, could follow to replace the already weakened regime. Libya's assets would be plundered, its people left with one despot replacing another.

Under more populist leaders than Gaddafi and internal opposition forces, mobilized resistance may prevent it, but not easily or quickly. Libyans must now liberate themselves, independent of Western powers wanting to exploit them for their own self-interest.