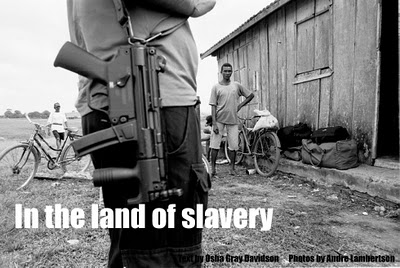 Outside the beltway, ground zero is Wisconsin, but worker rights are threatened across America, including by the Obama administration's spurning them since taking office in January 2009. While giving at least $12.4 trillion to Wall Street crooks and hundreds of billions more to other corporate favorites, he stiff-armed budget-strapped states and local governments, especially in the current fiscal year, leaving them on their own sink or swim.

The way reactionary governors and mayors hammer their residents, Obama is doing to America. He's no friend of labor. In mid-February, he cynically told Milwaukee's WTMJ television that:

"Everybody's got to make some adjustments to new fiscal realities," claiming worker sacrifices are necessary to "save jobs" when, in fact, they're killing them and driving millions into poverty from wage and benefit cuts. At the same time, corporate profits are better than ever, achieved on the backs of hammered workers, swindled by a Washington-business cabal, sacrificing people for marketplace sovereignty - a government-sponsored racket.

Overall, Obama pretends to support workers. In fact, he spurns them, his vague, tepid rhetoric a dead giveaway for supporting class warfare, including harsh measures to quell dissent.

Among many others, their beneficiaries include the American Enterprise Institute, Cato Institute, Club for Growth, Federalist Society, Heritage Foundation, Manhattan Institute for Policy Research, and Hoover Institution on War, Revolution and Peace, founded in 1919 by Herbert Hoover, best known for inaction while America sank into depression while he was president.

America's "social and economic systems are based on private enterprise from which springs initiative and ingenuity....Ours is a system where the Federal Government should undertake no governmental, social or economic action, except where local government, or the people, cannot undertake it for themselves. (Safeguarding) the American system, (based on) individual, economic, and political freedom; private enterprise; and representative government" is fundamental to bedrock Hoover principles, ones very much anti-labor.

So were Milton Friedman's. He said markets work best unfettered by rules, regulations, onerous taxes, trade barriers, "entrenched interests" and human interference, and the best government is practically none at all as anything it can do private business does better. Democracy and government of, by and for the people? Heresy for Friedman, an ideology he taught and endorsed.

He felt public wealth should be in private hands, accumulation of profits unrestrained, corporate taxes abolished, and social services curtailed or ended. He believed "economic freedom is an end to itself....and an indispensable means toward (achieving) political freedom." He opposed foreign aid, subsidies, import quotas, and tariffs, as well as drug laws he called a subsidy to organized crime. It's also one for money laundering banks, especially major Wall Street ones, profiting hugely by doing it.

He favored a constitutional amendment requiring Congress balance the budget because deficits "encourage political irresponsibility." He claimed taxes were onerous and "favor(ed)...cutting (them) under any circumstances and for any excuse, for any reason, whenever possible...." He wanted corporations exempted from them. He opposed the minimum wage, supported a flat tax for the rich, and believed everyone should have to buy his or her own medical insurance like any other product or service.

On February 28, his Wall Street Journal op-ed headlined, "Unions vs. the Right to Work," saying:

"Labor unions like to portray collective bargaining as a basic civil liberty, akin to the freedoms of speech, press, assembly and religion," mocking the most fundamental labor right without which no others exist.

As enacted in the landmark 1935 Wagner Act, it lets unions bargain collectively with management on even terms, a goal never achieved and now gravely weakened after decades of major erosion.

Ideally, however, collective bargaining provides a level playing field to resolve worker-management conflicts, and, as such, represents an equitable industrial jurisprudence system, by including civil rights issues and establishing them in workplaces.

Not according to Barrow who calls it "more similar to an antitrust violation than to a civil liberty," an astonishing mischaracterization by a Harvard economist, playing politics, not sound economics left out of his assessment.

Pre-1935 when labor had no rights, they were subject to (1890) Sherman Antitrust Act guidelines, removed by the 1914 Clayton Antitrust Act and Wagner Act (the 1935 National Labor Relations Act).

Barro's convoluted reasoning claims the right to work trumps worker rights, and besides: it "has a much more pleasant, liberal sound than 'collective bargaining.' "

Current legislation in Wisconsin, Ohio and other states, says Barro, "stems from the collision between overly generous benefits for public employees - notably for pensions and health care - and the fiscal crises of state and local governments," omitting that years of Wall Street shenanigans created them.

"Teachers and other public-employee unions went too far," said Barrow, another astonishing misstatement, contrary to facts he ignores. Public workers, in fact, are under, not over-compensated compared to their private sector counterparts.

"Wages and salaries of state and local employees are lower than those for private sector employees with comparable earnings determinants, such as education and work experience. State workers typically earn 11 percent less and local workers 12 percent less."

"During the last 15 years, the pay gap" widened. The pattern holds for most large states. "Benefits make up a slightly larger share of compensation for the state and local sector." Nonetheless, based on total compensation, state workers earn 6.8% less, and for local ones it's 7.4%.

"These public sector employees earn less than they would earn if they took their skills to the private sector."

Maybe Barro should enroll in one of their classes to learn real economics he doesn't know or teach, his students losing out from a man endorsing union-busting extremism, calling Wisconsin's bill "fiscal reality." In fact, it's fiscal fascism, substituting right-to-work zealotry for collective bargaining fairness.

No matter. Barro concludes saying, "Hopefully embattled politicians like Gov. Walker will maintain their resolve and achieve a more sensible long-term structure for the taxpayers in their states."

Many of them, in fact, are public employees, the same ones making the state work. Like all working Americans, they deserve fair pay and benefits for it, not Barro's "fiscal reality," heading them for neoserfdom if enacted.

NIRS's entire study can be accessed through the following link:

Countering Walker's intransigence, Wisconsin public workers are considering a general strike to shut down the entire state. He threatened firings and layoffs. Challenging him is crucial, standing firm, holding the line, and beating him at his own game, as well as discrediting him and fellow Republicans endorsing his scheme.

Walker also slapped $100 a day fines on absent Democrat senators and ordered them arrested for walking out, charged with "contempt of the Senate." In fact, Walker wreaks of it, defiling public workers for big money backers demanding it. So do fellow Republicans and Democrats. Despite walking out, they caved on making workers pay more and weakly supporting collective bargaining rights because their constituents demand them.

Notably, the Madison-based Cullen Weston Pines & Bach law firm explains that "the Wisconsin Constitution absolutely prohibits members of the (state) Senate from being arrested for non-criminal offenses. The Wisconsin Senate action today (is invalid by) the law of this state." Moreover, if arrests are made, Republican legislators and Gov. Walker may be subject to contempt charges for violating state law, including a statute protecting public officials from this type chicanery, including fining absent senators $100 a day.

Battle lines remain drawn. Thursday night, Dane County Circuit Judge John Albert ordered protesters out of the Capitol. Most remained at first because his ruling said the state violated the public's free speech and assembly rights by restricting access to the building. Later they left. No arrests were made. Resolution remains nowhere in sight, but sustained protester courage demands universal support for their rights. Their struggle is ours.