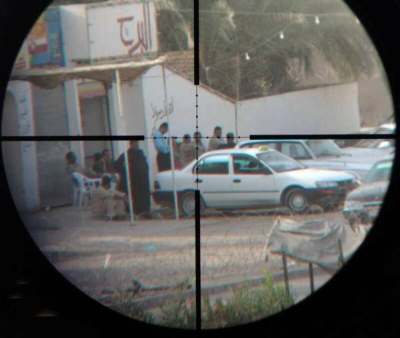 Portions of a previous article on extrajudicial assassinations are repeated below.

They're indefensible, morally abhorrent, and illegal under international laws and norms. Article 23b of the 1907 Hague Regulations prohibits "assassination, proscription, or outlawry of an enemy, or putting a price upon an enemy's head, as well as offering a reward for any enemy 'dead or alive.' "

Article 3 of the Universal Declaration of Human Rights (UDHR) states that "Everyone has the right to life, liberty and security of person." UDHR also recognizes the "inherent dignity (and the) equal and inalienable rights of all members of the human family."

So do "just war" principles that rule out gratuitous violence, assassinations, (especially premeditated ones), war against civilians, and so on, despite the difficulties of distinguishing between combatants, those who've laid down their arms, and innocent civilians in times of war.

In 1980, the Sixth United Nations Congress on the Prevention of Crime and the Treatment of Offenders condemned "the practice of killing and executing political opponents or suspected offenders carried out by armed forces, law enforcement or other governmental agencies or by paramilitary or political groups," supported by official forces or agencies.

The General Assembly also acted in response to arbitrary executions and politically motivated killings. On December 15, 1980, it adopted resolution 35/172, urging member states to abide by the provisions of Articles 6, 14 and 15 of the International Covenant on Civil and Political rights, covering the right to life and various safeguards guaranteeing fair and impartial judicial proceedings.

The first provision of the 1989 UN Principles on the Effective Prevention and Investigation of Extra-legal, Arbitrary and Summary Executions states:

"Governments shall prohibit by law all extra-legal, arbitrary and summary executions and shall ensure that any such executions are recognized as offences under their criminal laws, and are punishable by appropriate penalties which take into account the seriousness of such offenses. Exceptional circumstances, including a state of war or threat of war, internal political instability or any other public emergency may not be invoked as a justification of such executions. (They) shall not be carried out under any circumstances including, but not limited to, situations of internal armed conflict, excessive or illegal use of force by a public official or other person acting in an official capacity or by a person acting at the instigation, or with the consent or acquiescence of such person, and situations in which deaths occur in custody. This prohibition shall prevail over decrees issued by governmental authority."

These articles and provisions apply to occupied civilian populations. So does Fourth Geneva. Its Article 3 affords occupied populations special protection, covering all actions related to "(v)iolence to life and person, Murder of all kinds, mutilation, cruel treatment and torture." In addition, "The passing of sentences and the carrying out of executions without previous judgment pronounced by a regularly constituted court, affording all the judicial guarantees....recognized as indispensable by civilized peoples."

Its Article 32 states: "the High Contracting Parties specifically agree that each of them is prohibited from taking any measure of such a character as to cause the physical suffering or extermination of protected persons in their hands. This prohibition applies not only to murder, torture, corporal punishment, mutilation and medical or scientific experiments not necessitated by the medical treatment of a protected person, but also to any other measures of brutality whether applied by civilian or military agents."

The 2002 International Criminal Court's Rome Statute also calls these violations war crimes. Under Article 8, they include:

-- "Intentionally launching an attack" knowing it will "cause incidental loss of life...."

-- "Killing or wounding" combatants who've laid down their arms;

At the time, Haaretz writer Amira Hass quoted the pilot describing a "good strike." One of his crewmen said he didn't know or want to know the identity of those killed. Their mission completed, they flew home and went to sleep.

On January 23, 2008, Israel appointed a three-member Special Investigation Commission (SIC) to "investigate," including:

Like for all Israeli "investigations," their mandate was circumvent the law, cover up and absolve, no matter the crime. They didn't disappoint.

On February 27, SIC's findings were released, an official statement accessed through the following link:

The "investigation" "focused on the legality of the decision-making process" to attack and kill lawlessly. All issues "were investigated in light of legal, normative, moral and ethical criteria, according to Israeli and international law, and the values and norms of the State of Israel and its security forces."

In fact, past investigations of Israeli actions by independent commissions and human rights groups found clear evidence of serious crimes of war and against humanity, including targeted assassinations.

Israel flaunts international law and its own. It respects no "legal, normative, moral and ethical criteria." It does what it wants because no accountability follows, including for conducting targeted assassinations. Since September 2000 alone, the start of the second Intifada, Israel killed hundreds extrajudicially, including many women and children.

Once again, Israel's SIC sanctioned murder, releasing a sanitized report of findings, excluding "facts that cannot be disclosed for reasons of national security." In fact, it's to suppress important evidence too embarrassing and potentially indictable independently to reveal.

It called assassinating Shehadeh "imperative," despite killing and injuring many civilians as well as causing disproportionate destruction uncompensated for.

Israel bombed a densely populated civilian neighborhood at midnight when residents were inside sleeping, knowing maximum casualties would result. Yet SIC outrageously claimed that:

"targeted killing was selected as a measure that would guarantee Shehadeh's elimination, with the expectation that this would not cause disproportionate harm to uninvolved civilians." Only "in hindsight" was it "clear" that many "uninvolved civilians, mostly women and children" would be harmed. Doing so "was unintended, undesired and unforeseen. It did not stem from disregard or indifference to human lives," an outrageous statement showing contempt for non-Jewish ones.

SIC's entire statement defied responsibility and belief, claiming Israel answers to a higher power, its own depraved authority to do what it wants, including committing targeted or mass killings.

Avi Dichter, Israel's former Internal Security Minister (2002 - 2005), now an MK, was in charge at the time, one of many unindicted Israeli war criminals. He knowingly and willfully ordered indiscriminate murders, injuries and residential destruction - crimes of war and/or against humanity, besides many others during his tenure. The Washington Post once quoted him saying, "After each success, the only thought is, 'Okay, who's next?' "

In Matar v. Dichter, the Center for Constitutional Rights filed a federal class action lawsuit against him. On April 16, 2009, the US Court of Appeals for the Second Circuit dismissed it, granting him immunity under the Foreign Sovereign Immunities Act (FSIA). In so doing, it absolved him of mass killings. In Al-Daraj alone, they included:

-- Ra'ed Matar, his wife Eman Ibrahim Hassan Matar, and their three children, aged 1 and a half, three and five;

Marwan Zeino was among the 150 wounded, his spinal vertebrae crushed. He also sustained other multiple injuries, remains disabled and can't work. The killers and co-conspirators got off scot free to this day. They never then or now said they're sorry. Only Arabs died. According to Israel's moral code, only Jewish lives matter.