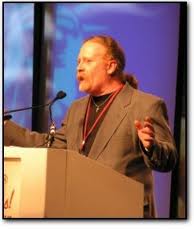 BURNET, Texas (March 6) – Most decisions in life are matters of individual choice. When faced with a decision you may ask a trusted friend or beloved family member for their advice or guidance, but most people have no need or desire to have someone else make the decision for them. They certainly don't want someone from the government to make the decision for them. In fact, I agree completely with Thomas Sowell who wrote, "It is hard to imagine a more stupid or more dangerous way of making decisions than by putting those decisions in the hands of people who pay no price for being wrong."

Yet everyday pandering politicians and Big Brother bureaucrats conjure up new ways to insert their collective noses into every individual, personal decision Americans make. Government rules and regulations dictate what color you can paint your house, what substances you can ingest into your body and how you run your business or how much you get paid for your work. Policymakers forget their pledge of “public service” as soon as they are elected and become bureaucratic busybodies determine to insure we live sober and moral lives… each and every one of us.

Government intrudes into even the most intimate and personal decisions a person can make - who they can love and who they must hate. Government tells us who we must hate when it sends our young men and women to war. Government even assumes they have the right to decide for us who we can love by making criminal certain types of sexual relations and tell us who we can marry by mandating that we purchase a permission slip.

Marriage is a contract between two individuals and possibly, depending on your personal belief system, God almighty. Government has no place in the mix. What would you say if someone told you that your husband or wife was ill-suited for you and therefore your marriage was illegal? You would probably tell them, "It ain't none of your damned business who I marry and I will thank you to keep your big fat nose out of my affairs." You would also be one step closer to understanding the true foundation of libertarianism … the absolute superiority of individual rights.

The very idea of a marriage license was concocted specifically for the purpose of barring people of color from marrying white people. These laws were eventually recognized as clearly unconstitutional and unenforceable and are no longer on the books. Yet today we hear arguments very similar to those used to justify these Jim Crow laws employed to justify banning same-sex marriages.

What is even more bizarre is that President Obama, whose parents would have been labeled criminals in an earlier time and place in America, takes the misguided view that he must enforce what he himself says is a clearly unconstitutional law, the inappropriately named Defense of Marriage Act.

The issue of gay marriage is not about marriage at all. It is a civil rights issue. It is an issue of the rights of the individual being considered paramount in all legal matters. Marriage is an individual choice to be someone’s mate. It is another area of personal human endeavor that is none of the government's business.

The goal of the Wrights Administration will be to stop all war not only on other nations but also on the rights of individuals to make their own decisions. In order to live in peace, we must allow others to be at peace. We must remain vigilant in our insistence that the rights of each individual should be safeguarded, rather than disregarded, by government bureaucrats.